The 20-minute trip seemed like two hours to the family 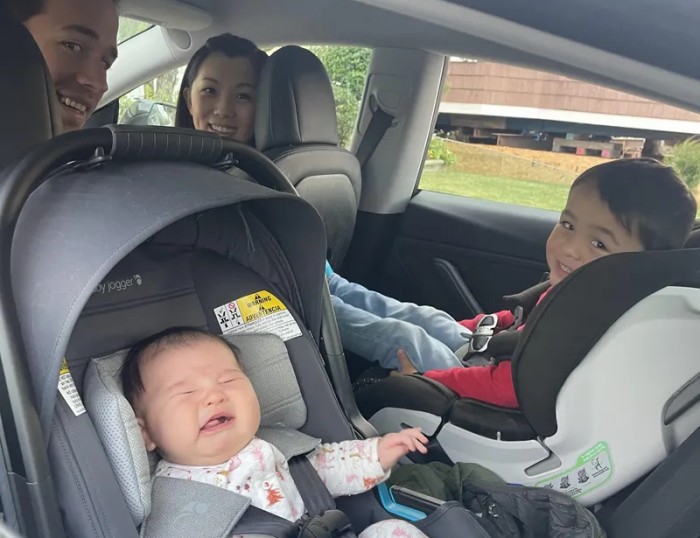 Tesla’s autopilot helped an American woman give birth to her second child in the car
(photo: family album / The Philadelphia Inquirer)

There are unforeseen situations that one does not want to face in life. But it turns out that Tesla electric cars with their autopilot can help in difficult times.

On September 9, 33-year-old Yiran Sherry experienced labor pains in the middle of the night – just like three years ago, when her son Rafa was born. “I knew it,” she recalls. “I told my husband: today is the same day, but I don’t think it will happen soon.”

At 8:30 a.m., the man took Rafa to kindergarten, he said The Philadelphia Inquirer. “I put him in the back seat and went to check on Yiran. Her waters had flowed a few seconds before. She said: take Rafa to the garden, then come back and pick me up, “said the husband.

But then the woman realizes that it is better to go to the hospital as soon as possible. The husband helps his wife, who at that time could hardly walk, get in the car and sit on the floor in front of the passenger seat.

Lancaster Avenue, where the car is moving, is full of cars – it’s morning and the young couple is in rush hour. Jiren’s husband puts the car on autopilot and holds the steering wheel with one hand, occasionally looking at the road.

He turns his full attention to Yiran, who has already begun to give birth, and grabs her husband’s arm so tightly that he nearly breaks it.

The 20-minute journey seems like two hours to the family – every time Iran takes a breath between contractions, she glances at the GPS to track their progress. And when they arrive at the hospital, Jirna whispers, “Oh, my God, Keating. She’s coming out. “

Doctors are already waiting for them in front of the hospital: the nurses cut the umbilical cord straight into the car.

The parents wanted to name the newborn baby Tes (after Tesla), but eventually abandoned the idea and gave the girl the double name Maeve Lily.

Ukrainians explained how to protect a car from theft (video)

Thursday in Kyiv will be even cooler: weather forecast for today