Cortana would be called Alyx or Bingo

A product manager mourns the decline of the voice assistant 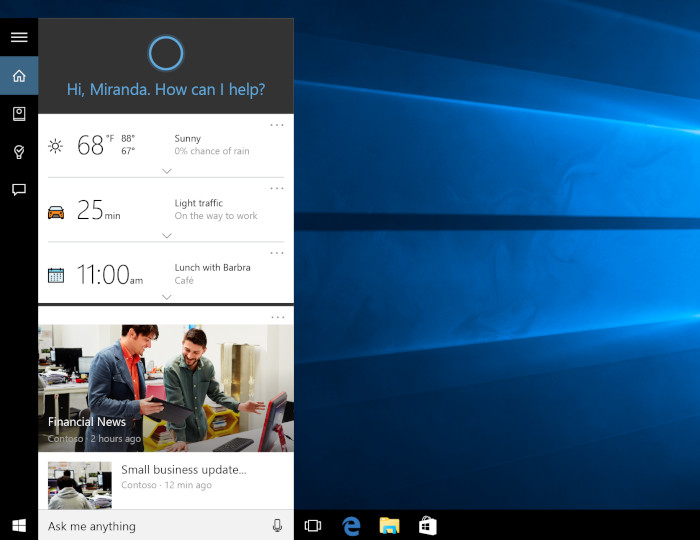 It used to seem that the Cortana voice assistant had a bright future ahead of him
(photo: Microsoft)

Microsoft’s Cortana voice assistant has apparently gone down in history. The feature is still available in desktop versions of Windows, but is no longer included in the default installation of Windows 11, and the mobile app was discontinued in March.

But Cortana once seemed to have a bright future ahead, according to former Microsoft product manager Sandip Paruchuri, who spoke about the development in an interview with the Big Bets newsletter he cites. Arstechnica.

The Cortana feature was officially named after the code name expired during the development process. Another early suggestion is to call it Alyx.

Again at the time, then-CEO Steve Ballmer wanted the voice assistant to be called Bingo – as a “gift to the escort” – before handing over control to Satya Nadella. Ballmer had a bad taste in the products, Paruchuri said.

Cortana’s developers were originally inspired by Siri, but they want their voice assistant to be more active by making suggestions based on context and user data instead of just answering a call, Paruchuri recalls.

He believes that the reason for the destruction of Cortana is “loss of focus” and “blurring”. “Everything that was right in the first version went wrong in the second version,” he said.

In the end, Microsoft used the Cortana brand for such a wide range of different technologies that “the name ceased to mean anything,” the manager said.

Forecaster warned Ukrainians about difficult weather: a cyclone is approaching

Ulefone Power Armor 14 is great as a smartphone from Hekka

Due to the war in Ukraine increased state budget spending