From It Takes Two to Resident Evil Village. 10 best games of 2021

There are not many notable projects released this year. But on the other hand, there were enough unique and author’s creations that did not get lost in the shadow of blockbusters. And as 2021 draws to a close, it’s time to take stock. UNIAN looked over the past twelve months and selected the best games, according to the editorial board. We think we can surprise you.

The end of the year is approaching, which means it’s time to celebrate the best games. There weren’t many high-profile releases in 2021 as the industry is still grappling with the aftermath of the pandemic. Dying Light 2, Horizon Forbidden West, Hogwarts Legacy and several other large-scale projects have been moved to 2022, which is already full of interesting new products. This confirms our past material with the most anticipated games.Read alsoSTALKER 2, Elden Ring and God of War: Ragnarök. 10 most anticipated games of 2022

Despite a relatively empty year, the UNIAN editorial office was able to highlight a dozen excellent projects. It was they who were remembered for the high quality of performance and gave the most vivid emotions. The list includes both the continuation of the eminent franchises and the unique author’s games that were able to come to the fore. We recommend adding these creations to every gamer’s collection without reproach of conscience.

To read more about the best games of 2021, according to the UNIAN edition, scroll down below. And a little later we will write a similar final material based on user voting in our Telegram channel. It’s in full swing right now, so don’t forget to subscribe. In the meantime, let’s move on to today’s rating.

Thanks to Bandai Namco, users received an almost exemplary JRPG in 2021. The plot of the game tells the story of Alfena and Shion – immigrants from Rena and Dana. The first planet rules over the second, and the main characters must end this injustice. The story in the project pleases with the scale and elaboration of details. Each stage of the narrative surprises with unexpected detail, reveals and deepens the relationship between the characters, and motivates you to continue to closely follow the events. 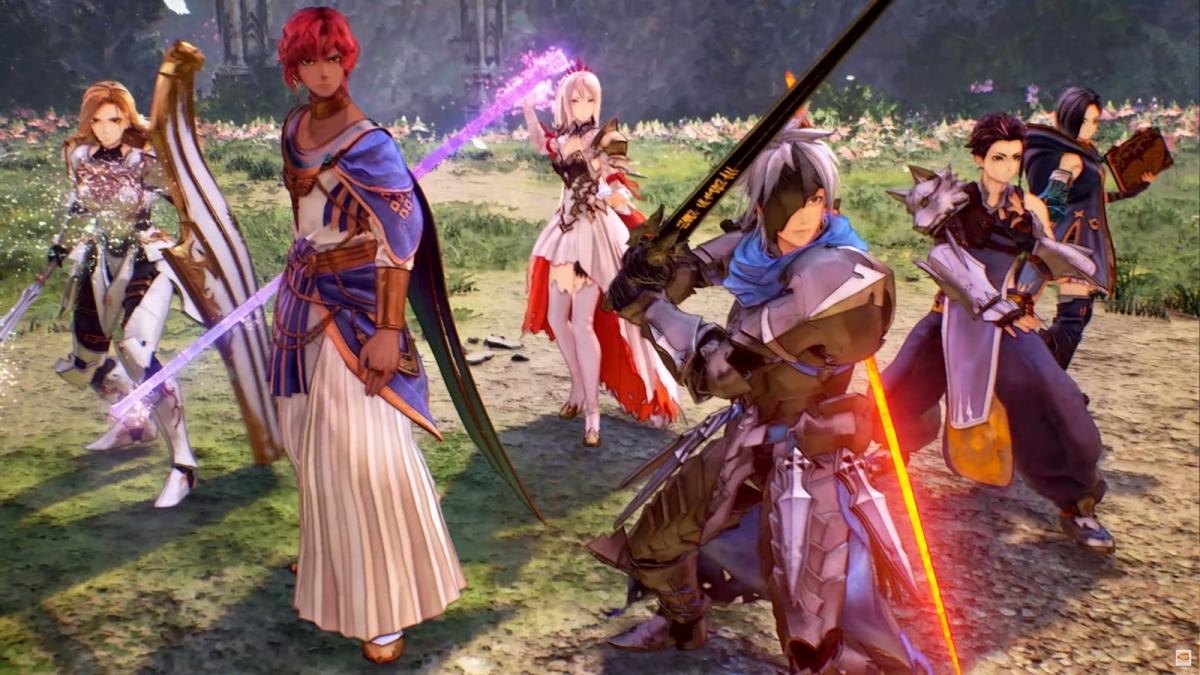 The combat system deserves no less praise. All characters in the user’s team have unique skills. In battles, you need to constantly switch between the heroes, give them commands and in this way perform long and spectacular combinations of attacks. And in Tales of Arise, the environment is very beautifully done, thanks to which exploring the world gives an aesthetic pleasure.

The Forza Horizon series has long found its ideal formula. It allows players to take part in a variety of different races and activities in the open world. Users get access to a wide fleet of vehicles and comprehensive tuning, so you can choose a car for your driving style. All this is supported by a high-quality AI system, competition with friends and gorgeous graphics. 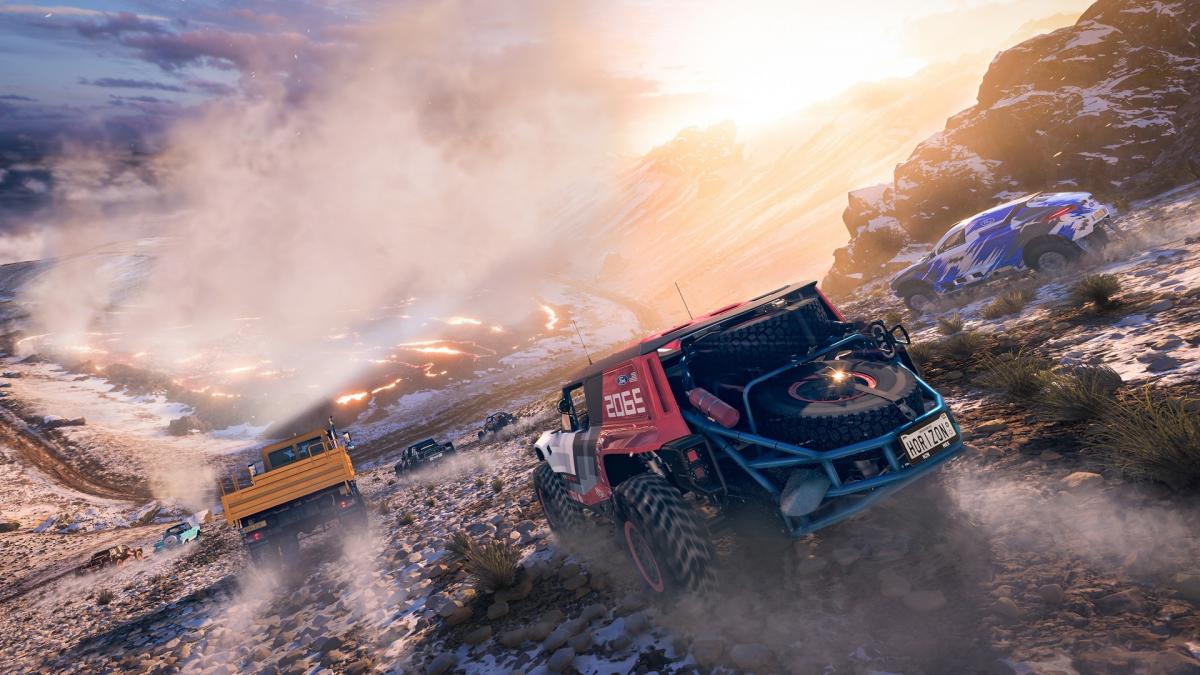 The fifth part did not deviate from the described formula – it only polished each of its elements to a shine. Mexico looks amazing – sometimes you just want to ride and see the sights. There are more types of races and other entertainment, and the physics of cars is even better. Forza Horizon 5 follows a well-trodden path, but does it as correctly as possible. The game has become an excellent replacement for the “four” and the new leader in the genre, so it deservedly appeared on the list.

Finnish studio Housemarque deserves credit for its bold decision. She has created a very complex and not cheap roguelike, a genre that is usually not liked by a wide audience. In Returnal, users have to explore the planet Atropos and look for a way to get out of the time loop. Each race is accompanied by battles with different-colored monsters, who strive to release their entire arsenal of colorful shells at the main character Selena. 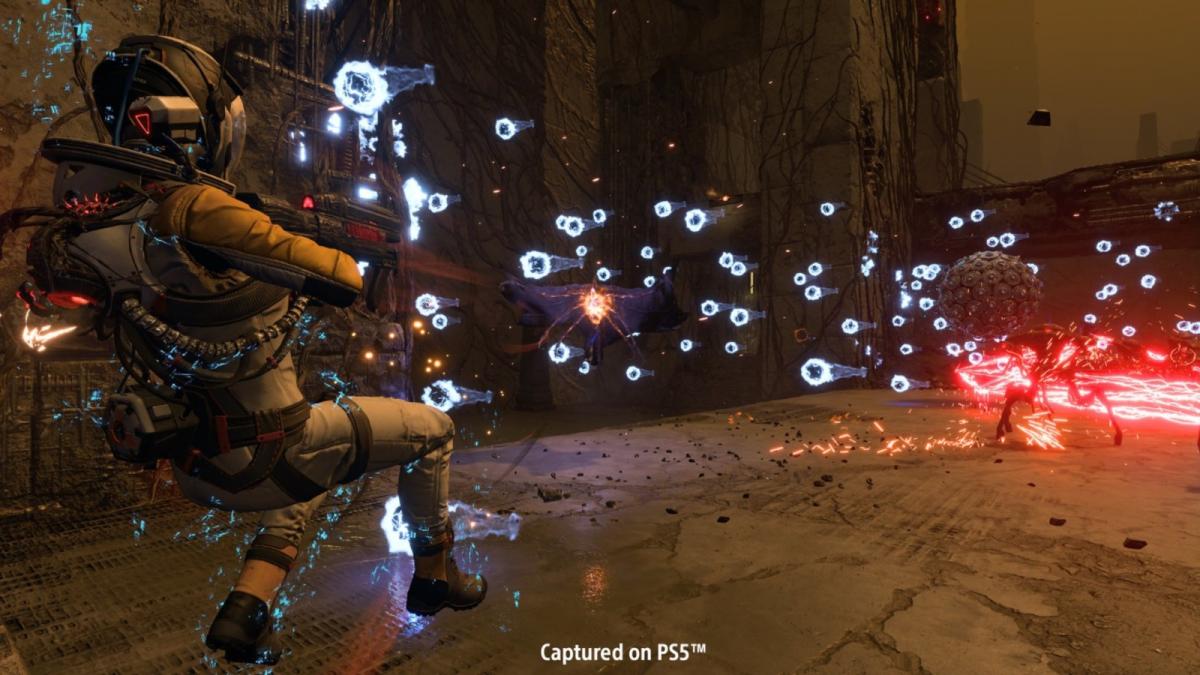 In addition to battles, the study of the world plays an important role in the game. You need to look for weapons, improvements and keys that will open the passage to the following locations. Returnal forces you to constantly think, adapt to your environment and react quickly to threats. As a result, the player is completely immersed in demanding skirmishes and imbued with the mysterious atmosphere of Atropos.

In modern conditions, high-quality detective games have become a rarity. Therefore, we were very pleased that the Ukrainian studio Frogwares did not disappoint with Sherlock Holmes Chapter One. The main storyline in the project is connected with the investigation of the death of Sherlock Holmes’ mother on the Mediterranean island of Cordona. It turned out to be average, but the affairs that are included in the central narrative, as well as some of the secondary quests, are excellently done. 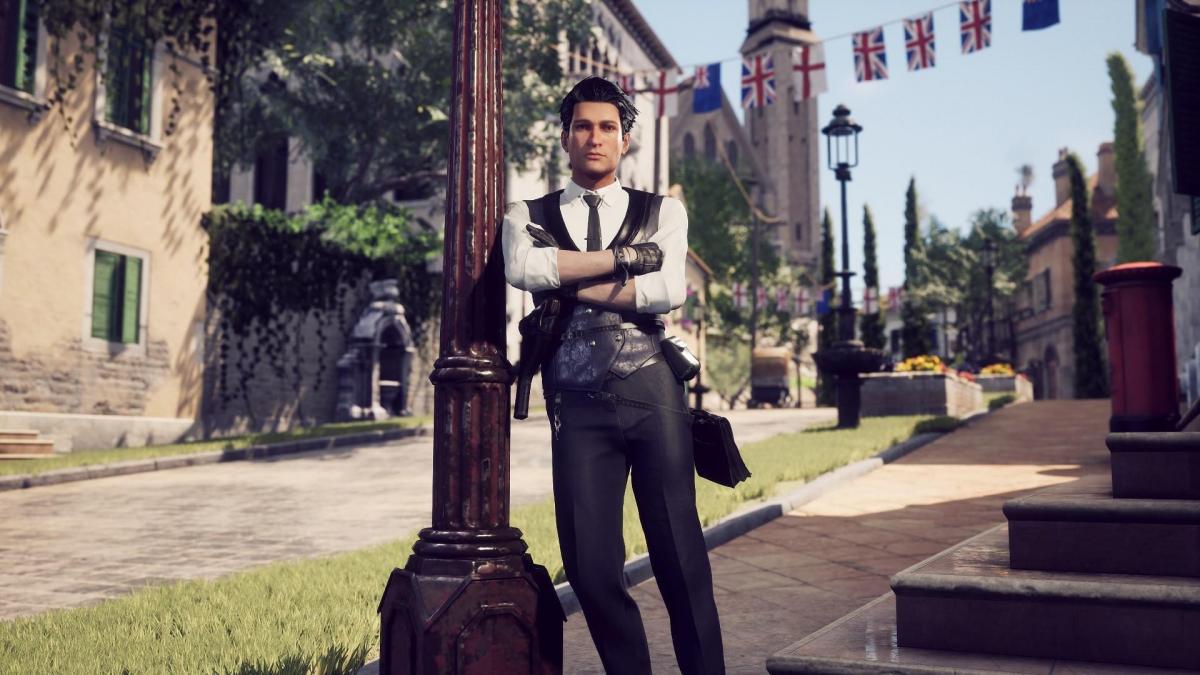 The project provides an opportunity to truly get used to the role of a detective: look for evidence, ask passers-by, change clothes to enter forbidden territory, delve into archives and even conduct chemical experiments. In the game, you can feel pride for every crime solved, because it is always the result of the user’s mental activity. And the last advantage of Chapter One is its careful attitude to the literary source. The authors subtly grasped the style of Conan Doyle and managed to transfer it into the game.

Tim Schafer and Double Fine’s insane franchise is back with a triumphant second installment. The sequel was not in vain created for six years, because it turned out great. Psychonauts 2 continues the story of the first part and shows the main character Razputin already as an intern in the organization “Psychonauts”. This time he has to put together the shaky mind of the mentor and find out the secret of his kind. The plot captivates with its unusual presentation, humor and deep subtext, which touches on many problems. 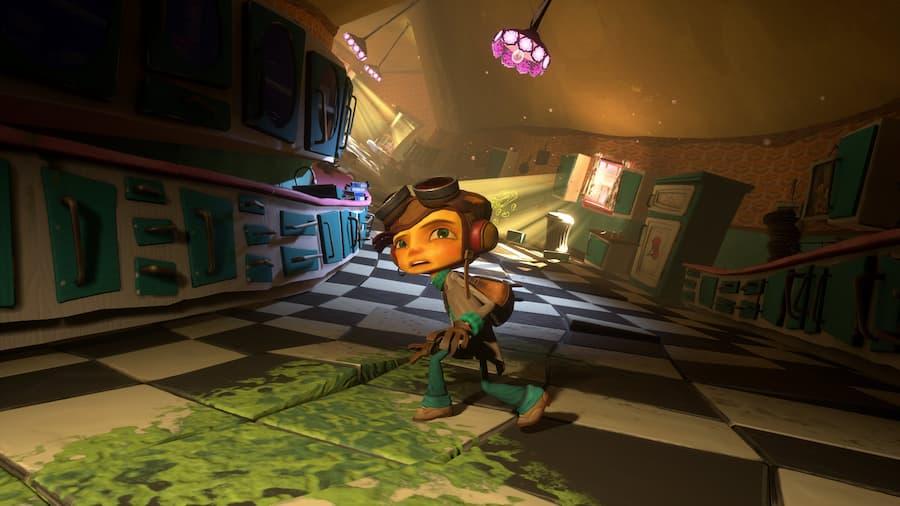 The gameplay also did not disappoint – each level is filled with unusual challenges with a combination of platforming and battles. All this is superimposed on a unique visual style with memorable images, and the result is an author’s creation that is not ashamed to recommend to friends.

TIME magazine named Metroid Dread the Best Game of 2021, but we disagree. This is a truly verified product and an excellent representative of its genre. It combines a variety of combat with Samus Aran’s abilities and inventive puzzles. The need to constantly return to the locations already passed in order to discover secrets there with the help of new skills is also there. Moreover, sometimes the prize is hidden behind a series of difficult tests that test the user’s skill. 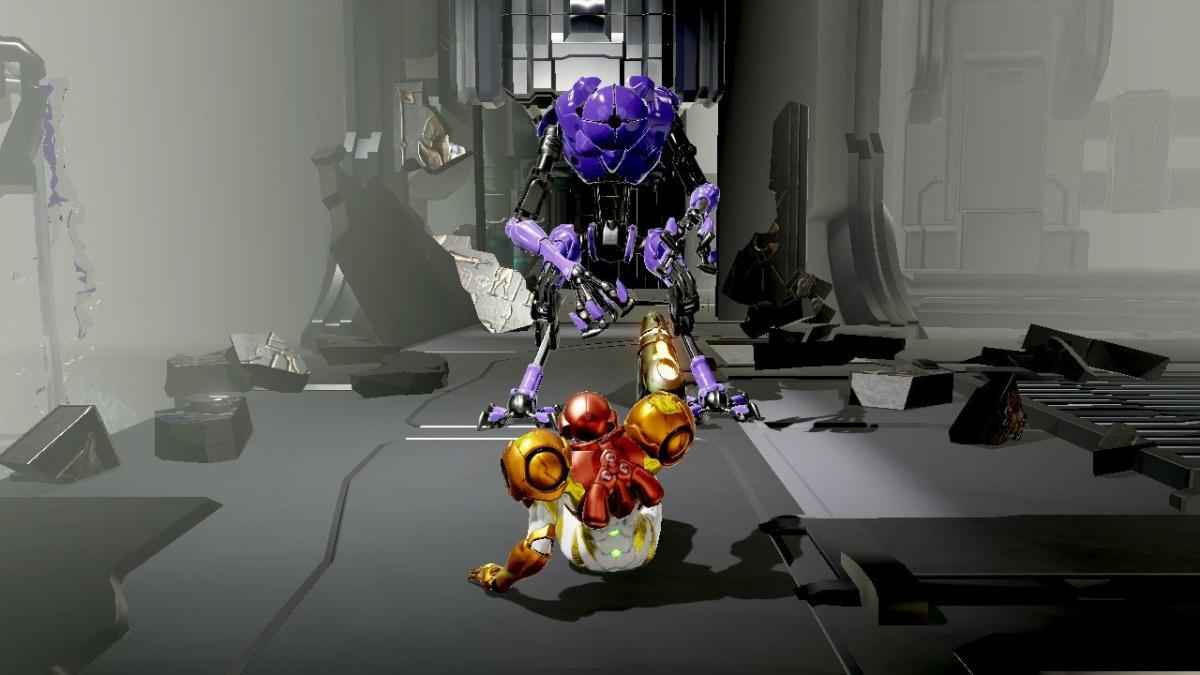 Overall, however, Metroid Dread builds on the foundations of the older parts of the series. It corrects their mistakes well, but it feels about the same as its predecessors. And the plot with attempts to get out of an unknown planet is not particularly fascinating. So Metroid Dread is definitely worth a look, but we’ve only put it in the middle of the list.

4. Marvel’s Guardians of the Galaxy

The guards are awesome! These guys do not stop talking for a second – they constantly communicate, sort things out and joke about each other. You instantly fall in love with such a team and begin to empathize with each individual hero. The plot itself, with the conflict between Guardians of the Galaxy and a dangerous religious organization, also turned out to be intriguing and fascinating. The gameplay of Marvel’s Guardians of the Galaxy is less thrilling, but at least the battles are to be praised. 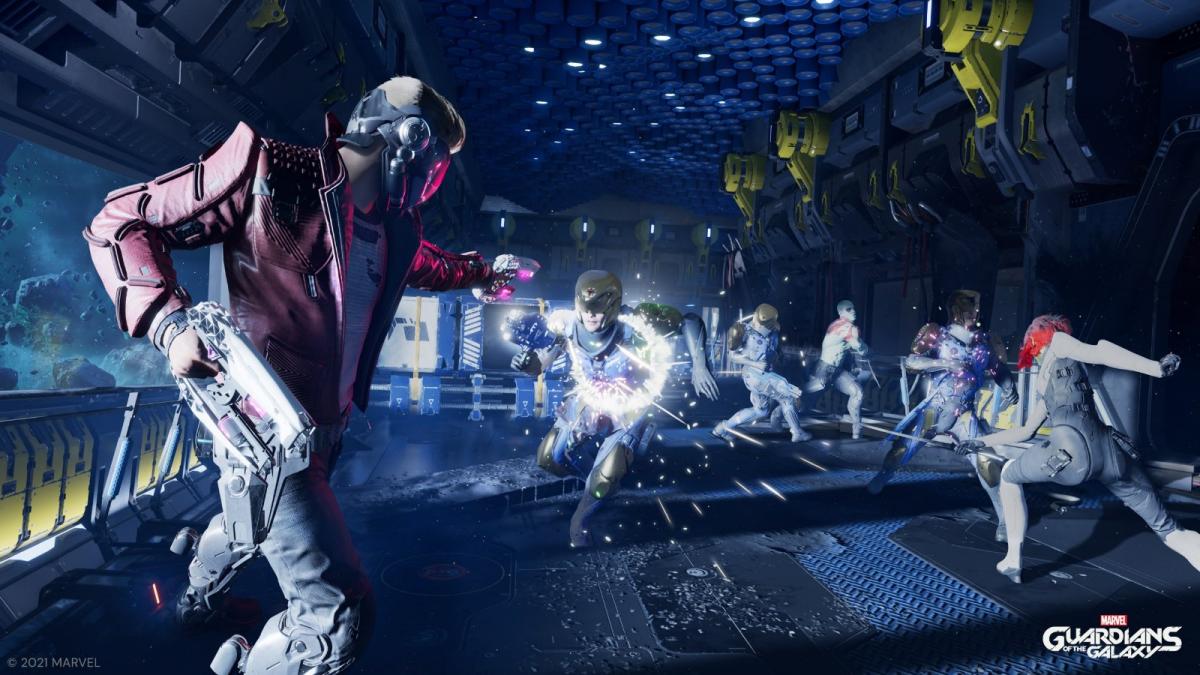 Controlling Star-Lord and giving orders to your teammates is quite fun. And on high difficulty you have to use all available opportunities and look for the weaknesses of the enemies. Marvel’s Guardians of the Galaxy manages to create the atmosphere of an imposing space adventure on the outskirts of the universe and immerse the player in it. For this we fell in love with the project.

Continuation of the story of Ethan Winters takes the honorary “bronze”. After the events of the seventh part, the main character tried to start a new life, but one day Chris Redfield burst into his house. He took the protagonist’s daughter and killed his wife. In search of the baby and his “old friend” Ethan wandered into a secluded village, where in the tradition of Resident Evil all sorts of disgrace is going on. 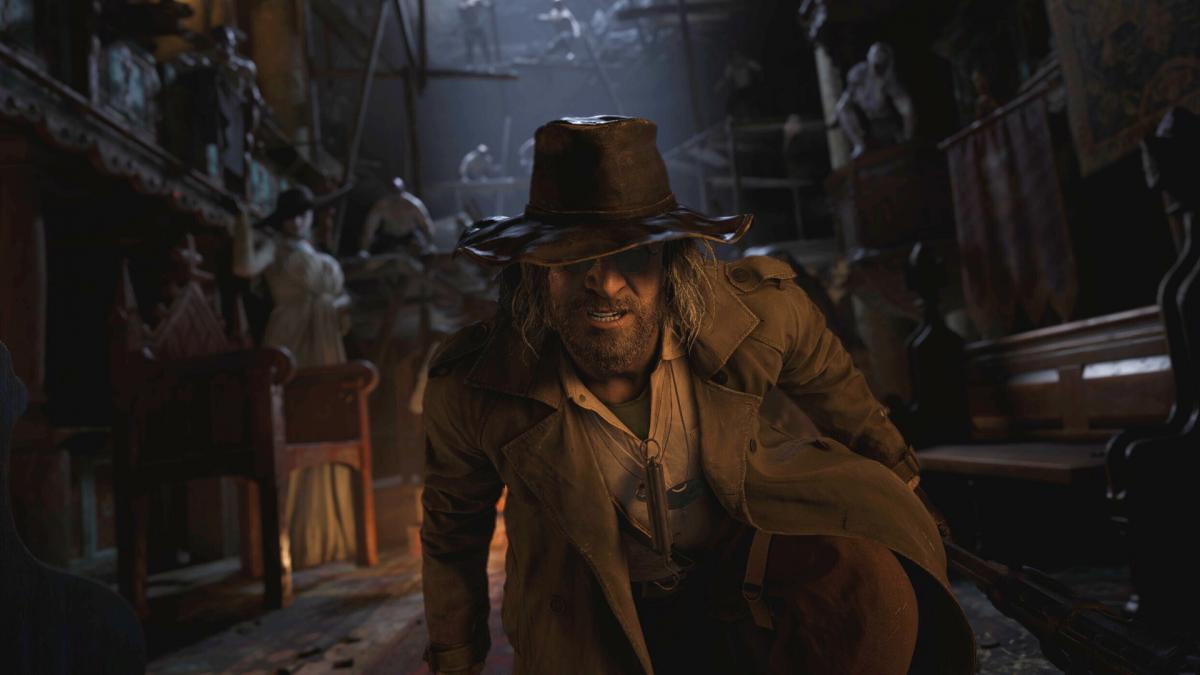 Werewolves, vampires led by Lady Dimitrescu, huge monsters and difficult bosses – in general, everything as fans of the series love. The gameplay in the game includes finding and improving weapons, exploring locations for useful resources and solving exciting puzzles. Plus, Resident Evil Village has a brilliantly implemented backwoods atmosphere with the smell of rot. Already after the first hour in the game, it is felt that the artists and designers have worked wonderfully well.

Arcane has created the best time loop break game to date. In Deathloop, users transform into Colt Wang, who doesn’t want to live the same day. The main character must conduct a series of investigations and figure out how to kill eight targets within the cycle. This will break the loop and leave Black Reef Island. Gathering information about your opponents is accompanied by the study of locations, solving riddles and battles. 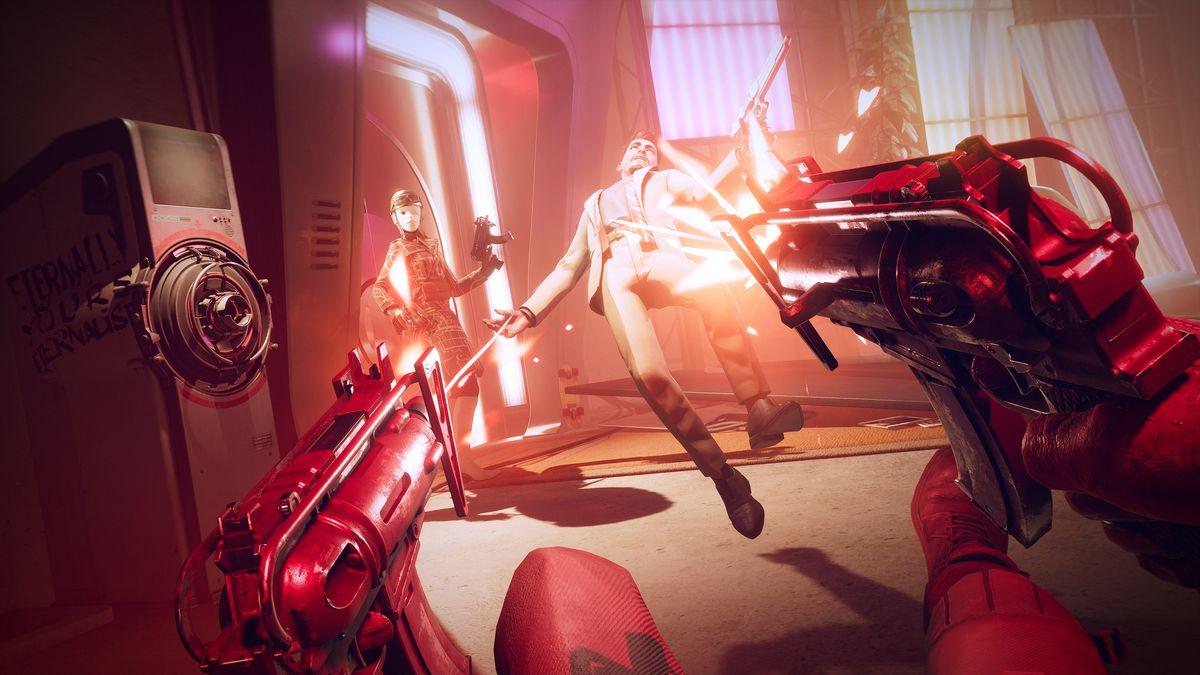 In each of the game situations, the user has many options for action. You can try to sneak and secretly eliminate opponents, use skills, or rush into the crowd with guns at the ready. Asymmetric multiplayer adds zest, which allows you to invade another user’s session and confuse all plans for him. To summarize, Deathloop provides a unique experience, mixing immersive sim with traditional shooters and time-looping concept features.

That’s right – we agree with the choice of The Game Awards 2021. It Takes Two is a unique cooperative game that amuses users literally every minute of the game. The plot in it tells about the married couple Cody and May. They must learn to work together to dispel magic and move back from their daughter’s dolls to their own bodies. But the gameplay is not so easy to describe. 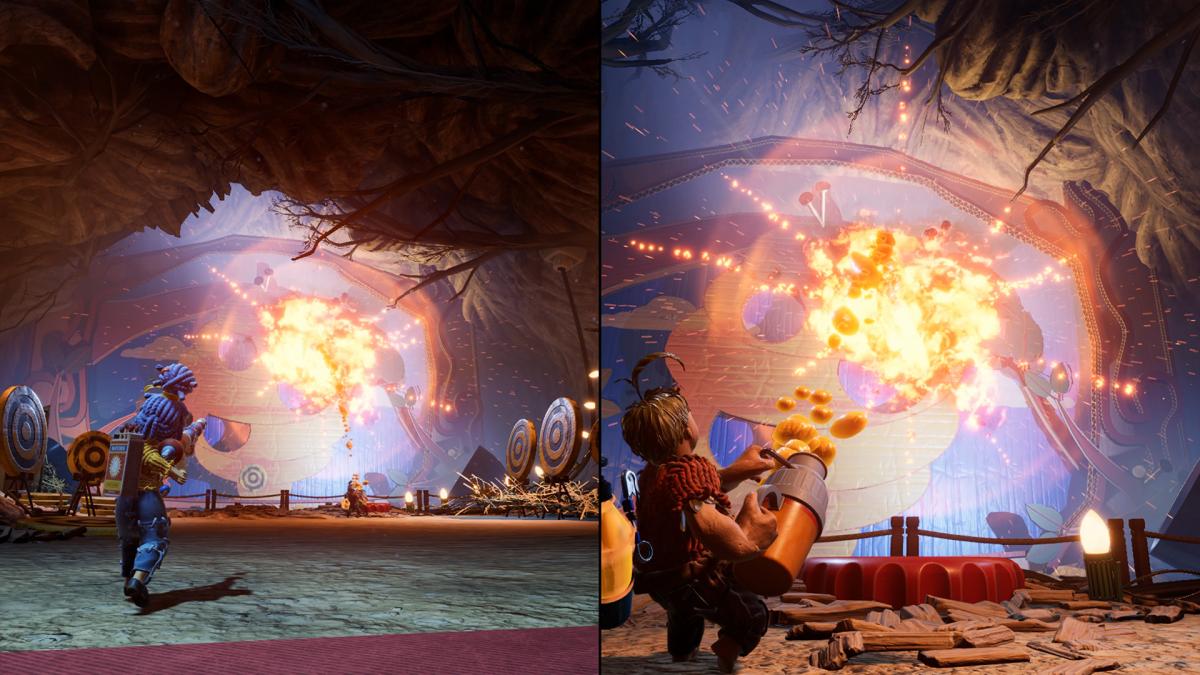 It Takes Two contains elements of many genres, which are combined into an extraordinary concept with an insane degree of dynamics. Controlling the plane, fighting a la Mortal Kombat, thoughtful bosses with several stages of the battle, cool puzzles with unusual interactions – the Hazelight project has absolutely everything. But the main thing is that each element looks relevant and unique. This is how It Takes Two turned out – the best game of the year, according to the UNIAN editorial board.

Cortana would be called Alyx or Bingo

How to save on food without harm to health: 10 tips for Ukrainians