A NASA instrument mimics the sound of planets 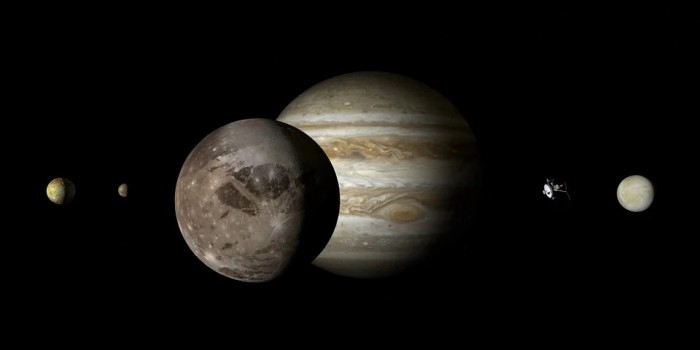 How the planets in the solar system sing? NASA has a curious response thanks to the spacecraft Juno, which visited the great moon of Jupiter – Ganymede – in June this year.

The machine sent some stunning visuals to Earth, and its Waves instrument collected data on electric and magnetic radio waves, he said. CNET. The space agency took the data from Waves and migrated it to an audio band that people could hear.

The result sounds like the song of an old-fashioned dial-up modem, or maybe the soundtrack to an 80’s alien science fiction movie.

Ganymede is a satellite of Jupiter and is the largest moon in the solar system. Its diameter is 5300 kilometers. It is larger than the planet Mercury. Ganymede contains large amounts of water – it is estimated that it is 25 times more than the water in the oceans of the Earth.

The Waves instrument is focused on studying Jupiter’s magnetosphere, the area around the gas giant controlled by its magnetic field.

Gifts for the New Year: what absolutely should not be given in the Year of the Tiger

“Professionals are working”: Podolyak explained to Ukrainians what is happening at the front (video)

Prohibited ammunition found: occupiers shelled a village in the Dnipropetrovsk region from Hurricanes