Passengers-“anti-vaccinators” were forcibly taken out of the bus: a video appeared on the network

The passengers did not want to leave the bus traveling from Odessa to Kiev. His movement was delayed for three hours. 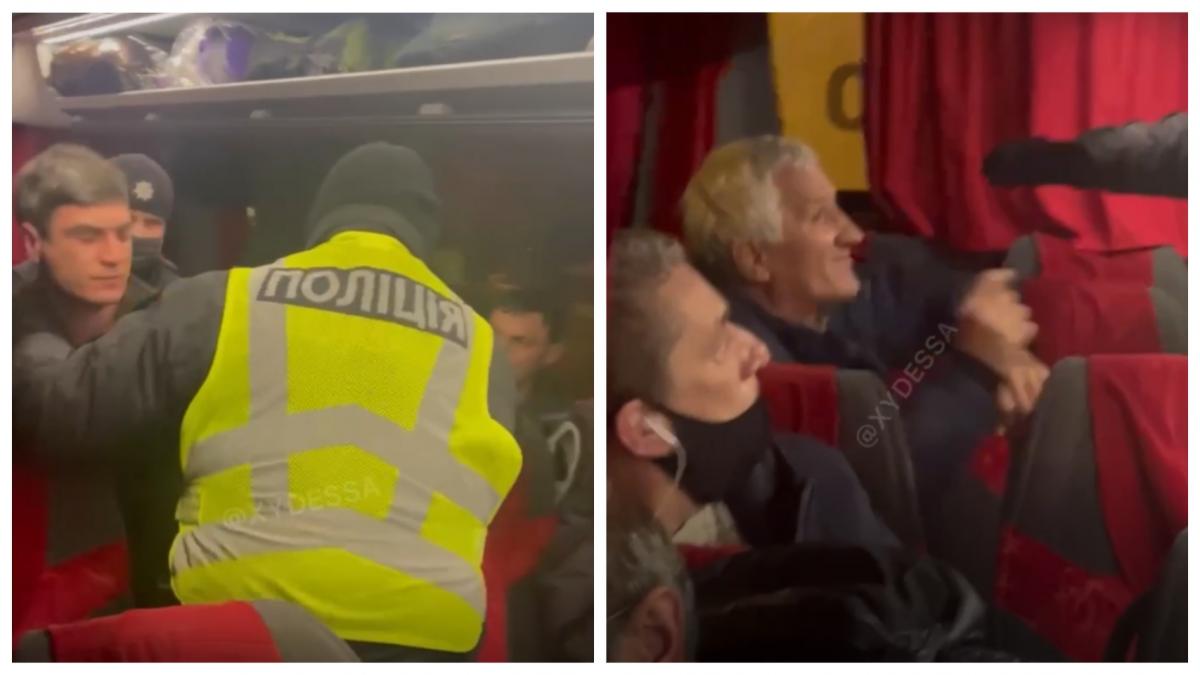 Due to passengers without vaccination, the movement of the bus was delayed / UNIAN collage

From the bus by the message “Odessa-Kiev” the police dropped off two passengers who did not have certificates of vaccinations.

This was reported on social networks by eyewitnesses who replicated the relevant videothat got into several Telegram channels.

In the video, an elderly man confirms that he is not vaccinated and does not intend to do so. According to him, what is happening because of the coronavirus is “fraud”, “falsification of statistics”, on the basis of which, if necessary (at the discretion of the authorities), lockdowns and so on are introduced. Also, this citizen said that he would not leave the salon until the authorities arrived.

Passengers began to express their dissatisfaction, as the bus was delayed because of this, and some people feared that they would be late for the plane.

“The anti-vaccination workers staged a riot in the Odessa-Kiev bus … As a result, the police at the Dachnoe checkpoint forcefully dropped them off the bus. Because these two citizens did not have vaccinations, and they decided to hold a rally on the bus against Zelensky. late for 3 hours, “- said in the message.

In another video, you can see the process of getting passengers off the bus by the police.

Note that earlier in the Poltava region, patrol officers stopped a regular bus on the highway to check passengers’ COVID certificates, but they, together with the driver, did not allow them to do this.

As you know, according to the decree of the Cabinet of Ministers, intercity transportation in Ukraine is allowed if passengers have a vaccination certificate, a document on recovery from coronavirus or a negative test.

Mercusys Wi-Fi 6 devices - at attractive prices for the holidays

He left the Russian Federation in the 5th month of the war: the scandalous ex-player of the Ukrainian national team moved to the German club

Cathedral of the Most Holy Theotokos: traditions, signs and congratulations on the celebration