The new German Chancellor held the first telephone conversation with Putin: what they talked about

The German Chancellor expressed concern about the movement of Russian troops to the border with Ukraine and stressed “the urgent need to de-escalate the situation.” 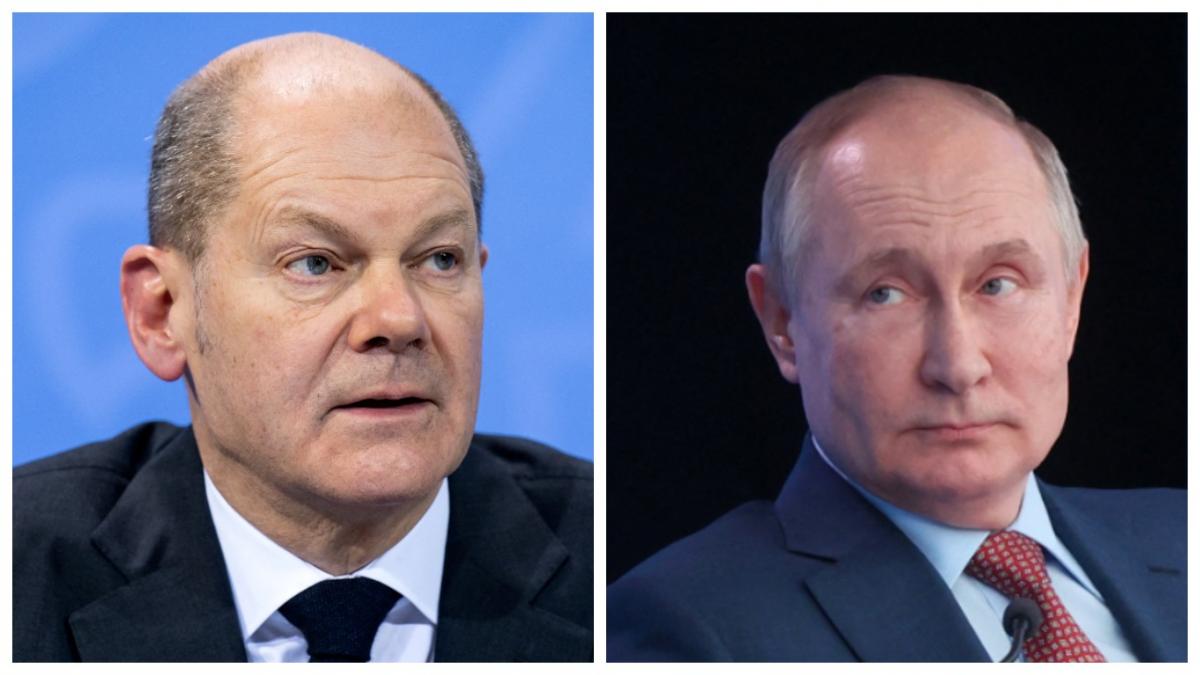 Federal Chancellor of Germany Olaf Scholz discussed with Russian President Vladimir Putin the situation on the borders of Ukraine.

During a telephone conversation with Putin, the German Chancellor expressed concern about the movement of Russian troops to the border with Ukraine.

He stressed “the urgent need to de-escalate the situation,” the Federal Chancellor’s office said in a statement following the conversation.

One of the topics of conversation between Scholz and Putin was also the state of implementation of the Minsk agreements. Scholz noted the importance of resuming the Normandy format talks.

In turn, the Kremlin, following a conversation between the chairman of the German government and the Russian president, said that the issue of the conflict in Donbass was considered at the request of Scholz. In this context, Putin noted that “Kiev stubbornly avoids fulfilling its obligations under the Minsk agreements,” which, according to the Russian president, “interferes with the possible holding of a new summit in the” Normandy format “, according to a statement on the Kremlin’s website.

As UNIAN reported earlier, today Putin also spoke with French President Emmanuel Macron. During the conversation, the leader of the aggressor country named the condition for holding a meeting in the Normandy format to resolve the conflict in Donbass. Also, Putin once again said that Ukraine allegedly drags out the negotiation process.

On November 24, the Social Democratic Party of Germany (SPD), Union 90 / Greens and the Free Democratic Party presented a coalition agreement. It was signed on December 7 and should become the “road map” of the ruling coalition in Germany for the next four years.

On December 8, members of the German Bundestag (lower house of parliament) elected Social Democrat Olaf Scholz as their new chancellor.

Potential escalation at the border: what is known

The Ministry of Defense of Ukraine then denied the information spread by The Washington Post that Russia was building up military forces near the Ukrainian border. The data on the movement of Russian troops published in the media were called by the Ministry of Defense “an element of special information and psychological actions, which are, in fact, planned measures within the framework of the movement of troops after the completion of the exercises.”

Later, Politico published fresh satellite photos that confirm reports that Russia is again concentrating troops and military equipment on the border with Ukraine.

Subsequently, the head of the Main Intelligence Directorate of the Ministry of Defense of Ukraine, Kirill Budanov, in an interview with the Military Times, said that Russia had concentrated 92 thousand troops near the border with Ukraine and was preparing for an invasion in late January – early February 2022. Recently, Ukrainian Foreign Minister Dmytro Kuleba announced that Russia has deployed 115,000 troops near Ukraine’s borders.

At a press conference on November 26, President of Ukraine Volodymyr Zelenskyy expressed the opinion that an escalation on the part of Russia on the border by the militants it supports in Donbas could happen any day.

With filtration and food in the shelter: Milovanov announced a show about the war in the United States and angered the Ukrainians