Near Odessa coast in the reserve is dotted with giant jellyfish

Thousands of cornerotes were washed ashore during a storm. 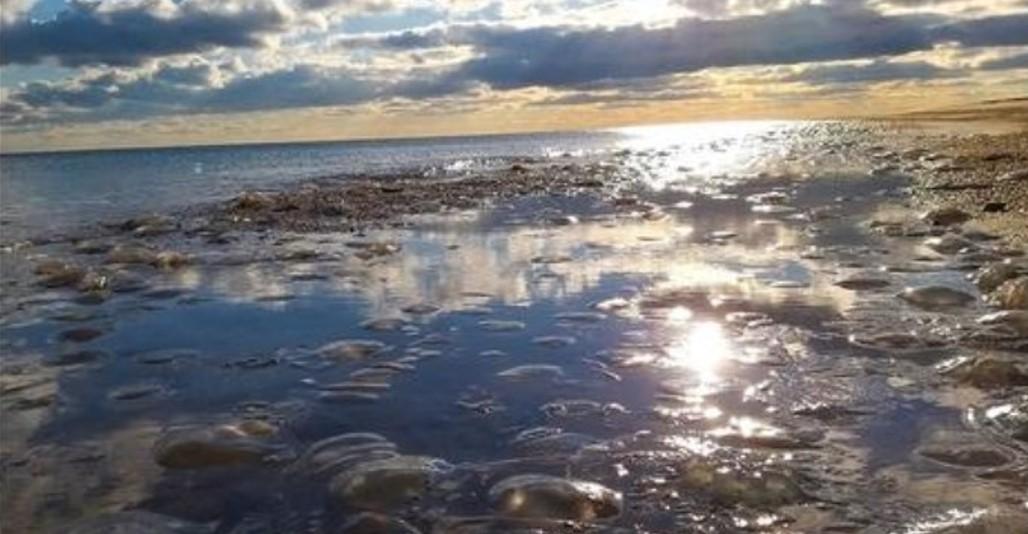 In the National Natural Park “Tuzlov Estuary” in the Odessa region, a storm threw hundreds of thousands of jellyfish ashore.

An employee of the reserve reported this on social networks. Ivan Rusev в Facebook.

According to him, the ejection of cornerot jellyfish was detected on the many kilometers of Peresyp of the national park. In total, there are hundreds of thousands of them.

According to experts, 30 species of jellyfish are found in the Black Sea, among which the overwhelming majority are small, with a diameter of no more than 20 mm.

Read alsoPoor stork rescued from frost in Chernihiv region (photo, video)“The large representatives include the widespread monthly or eared jellyfish Aurelia and cornerot. These are predatory jellyfish that feed on small planktonic animals. Their lifespan is short – about 1 year,” Rusєv wrote.

He notes that jellyfish, as a rule, are not involved in the food chains of natural ecosystems of the sea and, with the rare exception of being eaten by jackals or crows, none of the fauna representatives consider them as food.

“But the wave processes of the sea will soon turn them into ‘biological dust’, which will be involved in the food chain of marine and estuary ecosystems,” the ecologist notes.

Reference from UNIAN: “Tuzlovsky estuaries” is a national natural park located on the territory of the Odessa region. Created on January 1, 2010. Area – 27 865 hectares. The total area of ​​water bodies of reservoirs is 206 sq. km. The system of lakes located in the park has the status of wetlands of international importance, according to the Ramsar Convention with a special protected regime.

Cornerotes (Rhizostomeae) are jellyfish, the characteristic appearance of which is given by a convex umbrella and massive oral lobes with numerous processes. They can be more than 2 m in diameter.

A true revolution is brewing in enterprise Wi-Fi/5G networks