What to see this weekend: “The Matrix: Resurrection”, “Don’t Look Up” and “Emily in Paris” 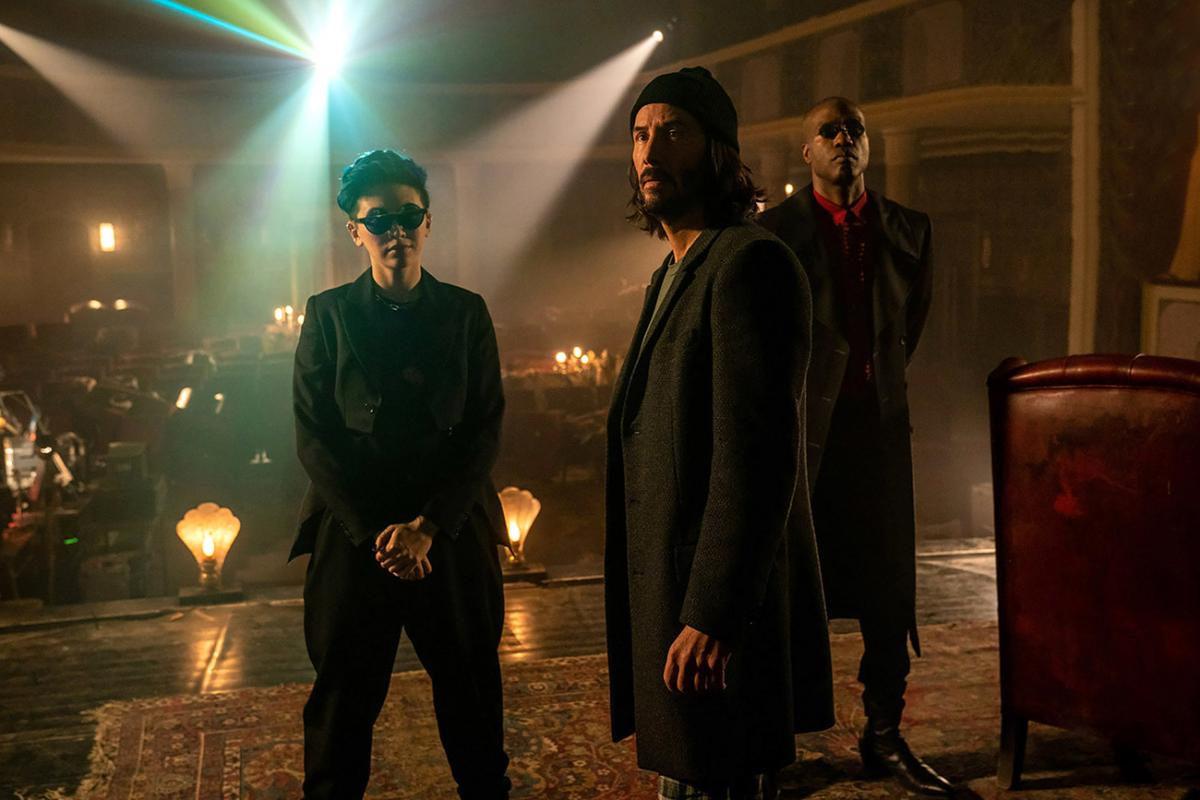 Sci-fi thriller “The Matrix: Resurrection”, which is a continuation of the cult franchise, is released this week in Ukrainian rental. On Netflix, meanwhile, the black comedy “Don’t Look Up” with Leonardo DiCaprio, surrounded by a whole scattering of Hollywood stars, the second season of the comedy series “Emily in Paris” with Lilly Collins and the new South Korean hit “Sea of ​​Calm” with world-class stars will be available starring.

What’s new in theaters from December 23

The main and perhaps the only premiere of the week in Ukrainian cinemas will be a sci-fi thriller The Matrix Resurrections (USA, 2021). Yes, the legendary franchise returns to the “big screens” after almost 20 years!

Matrix 4 takes place several decades after The Matrix: Revolution (2003). Then Neo and Trinity go to Machine City to save Zion – the only place where humanity free from the Matrix is ​​hiding. At the same time, Neo made a deal with the Matrix: if he defeats the out-of-control Agent Smith, people will be allowed to leave the virtual world if they themselves wish. He succeeded, however, at the cost of his own and Trinity’s.

The aim of the fourth film was to tell what happened next. Did the machines keep their promise? Did people want to leave the Matrix, where in the virtual world they are fed and happy, while in real life everything is much more complicated? And, most importantly, what happened to the heroes?

Unlike the first three parts, only one half of the Wachowski-Lana siblings tandem worked on Matrix 4, while Lilly abandoned the project, primarily due to personal problems.

UNIAN has already looked at the novelty and is ready to share fresh impressions – no spoilers. In short, contrary to the fears of many, the fourth part of the story of the struggle and love of Neo and Trinity was more successful than not. And yes, Keanu Reeves doesn’t play John Wick here. In addition, to watch “The Matrix: Resurrection”, it is imperative to revisit the previous parts, and at the end of the film, viewers will have a nice post-credits scene.

Another novelty of the week in cinemas – comedy Christmas Is Canceled (USA, 2021). In the center of the plot of the film will be the girl Emma, ​​who annually celebrates Christmas with her father Jack. But this year, the parent has prepared a holiday surprise for his daughter – his new sexy girlfriend, much younger than him. The situation is aggravated by the fact that Brandy’s new daddy’s passion was Emma’s sworn enemy at school. Now Emma will urgently have to come up with a plan on how to spoil this relationship, because there should be only one left under the tree.

In America, the film was released a week earlier than in Ukraine, and therefore we already have the first reviews. So, on IMDb he has a very modest rating of 4.7 points out of 10.

The second season of the comedy series was released on Netflix on December 23 Emily in Paris (USA, 2020-) starring adorable Lily Collins. A year ago, a film about a young American woman who, with a suitcase full of stereotypes about the French, arrived to conquer Paris, became a real hit. So it is not surprising that she returned – to the delight of the fans and to the great chagrin of the French themselves, who did not really appreciate the humor.

Recall that in the first season, Emily, who arrived in the French capital for a whole year to work in a marketing firm, struggled to join the new team, imbued with the local culture, find friends and love. Fascinated by the atmosphere of the French capital, the girl began blogging on Instagram, talking about her new life. However, contrary to the beautiful picture, in the new place the heroine did not go smoothly: the language barrier, loneliness, snobbery of the French towards foreigners. In the second season, Emily will have new adventures and, judging by the trailer, a new love.

In the center of the plot of the picture will be two astronomers performed by Leonardo DiCaprio and Jennifer Lawrence, who discover that a meteorite is flying towards the Earth, which will destroy it in six months. Now scientists must go on a tour to meet with media representatives and warn humanity about the impending danger.

However, according to the results of pre-premiere screenings, the film was received ambiguously. So, on IMDb he has a score of 7.5 points out of 10 from a wide audience, but critics on Rotten Tomatoes gave him only 55% approval against 77% of viewers. On Metacritic, the film received 52 points from film reviewers, which corresponds to the characteristic of “mixed reviews”, while viewers gave the film a 3.5 out of 10, marked “generally negative reviews.”

Another Newcomer of the Week from Netflix – Sci-Fi Detective Series The Silent Sea (South Korea, 2021), eight episodes of which will be available on December 24. The project is an adaptation of the 2014 short film of the same name by Choi Hang Young, who also directed the series.

The plot of the series revolves around a dangerous 24-hour mission on the moon, during which a group of astronauts tries to get samples of materials from an abandoned research center shrouded in a mass of secrets.

The main role in the series is played by Gong Yoo, best known for his role as the Recruiter in “The Squid Game” and the films “Train to Busan” and “Secret Agent”. Another central character was played by Bae Doo Na, known for the films “Cloud Atlas” and “Jupiter Ascending”, as well as the TV series “The Eighth Sense” from the Wachowski sisters. The film also stars K-pop star Lee Joon and Ho Song Tae, who plays Jang Dok Soo in The Squid Game.

Also on December 26, BBC One will premiere an eight-episode adventure series “Around the World in 80 Days” (Great Britain, Italy, France, Germany, Australia, 2021), based on the novel of the same name by the French writer Jules Verne. This time around, Doctor Who, Jessica Jones and Good Omens star David Tennant will play the role of gentleman and adventurer Phileas Fogg.

Recall that according to the plot of the novel, Fogg makes a bet for 20 thousand pounds that he can travel around the world in 80 days. On the journey, he is accompanied by Passepartout’s servant and Daily Telegraph journalist Abigail Fix.

Simultaneously, BBC One launches second season of the comedy-drama anthology series on 26 December A Very English Scandal (UK, 2018-). Recall that the first season of the series starring Hugh Grant and Ben Whishaw was a dramatization of the scandal around politician Jeremy Thorpe, along with high-ranking accomplices accused of conspiring to murder his former lover, groom Norman Scott. The project has received positive reviews from critics and many prestigious nominations and awards.

The second season, already with new actors in the lead roles, will focus on the scandalous divorce of Duchess Margaret Campbell from her husband Duke Ian Campbell, which was widely reported in 1963. The leading roles this time went to Claire Foy (“The First Man”, “The Crown”) and Paul Bettany (Vision in the Marvel Cinematic Universe).

You can also watch films and TV series released in previous weeks.

According to the updated quarantine rules in Ukraine, which came into force on December 6, 2021, you can only visit cinemas if you have COVID certificates (vaccination, test, recovery). The rule applies to the “yellow”, “orange” and “red” quarantine zones.

The meaning of the name Olga: character, fate and compatibility with male names

Recognition of Russia as a terrorist country: the expert pointed out an important nuance