The Christmas tree detective at the Kiev railway station: the missing tree has dramatically “lost weight” in price eight times

It turned out that the New Year tree is worth 600 thousand hryvnias, not 5 million. 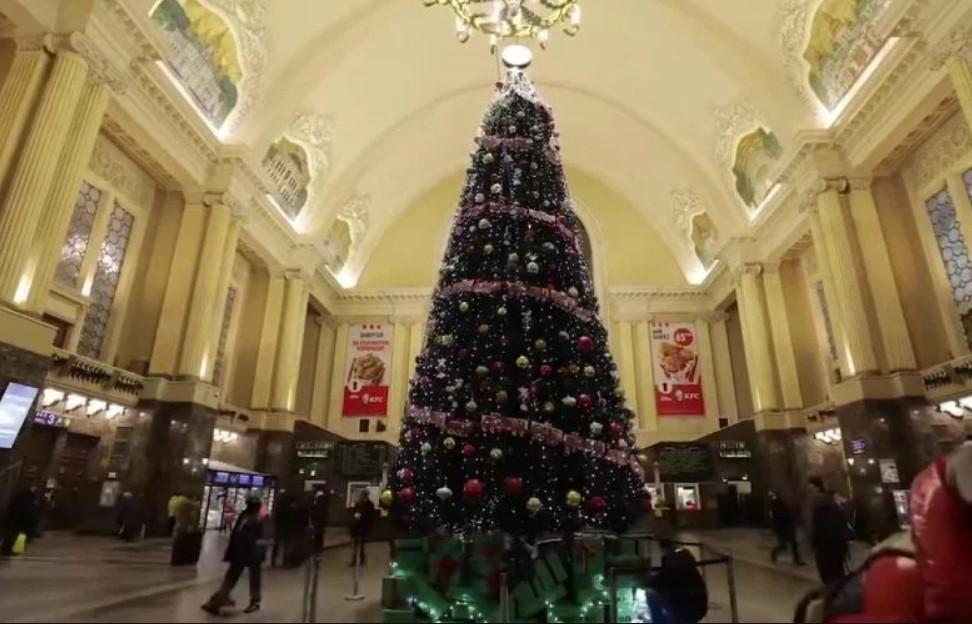 A mystical story happened with a New Year tree at the Central Railway Station in Kiev. She not only was suddenly found, but also considerably fell in price.

This was reported in the press service “Ukrzaliznytsia“.

Initially, the Solomenskiy district prosecutor’s office in Kiev said that a case was opened on the fact of theft of funds from Ukrzaliznytsia when concluding contracts for the installation and decoration of a New Year tree in the premises of the Central Railway Station for a total of about 5 million hryvnias.

“The pre-trial investigation established that in accordance with the agreements concluded by the Branch” Station Company “JSC” Ukrzaliznytsya “, the deadline for the installation of the New Year tree is no later than 12/17/2021. lack of a New Year tree, “the message says.

Read alsoWith music and songs: a festive tram was launched in Kiev (video)By the evening of December 23, the tree was suddenly found. The press service of Ukrzaliznytsia said that a New Year tree is being mounted at the Central Railway Station. The company has assured that the tree will be ready on the eve of Catholic Christmas.

Indeed, as of the morning of December 24, the holiday tree was already delighting the workers and visitors of the station. However, it turned out that the tree is not worth 5 million hryvnia. It cost only 600 thousand hryvnia.

Christmas and New Year in Kiev

This year, the country’s main Christmas tree on Sophia Square was decorated with a Christmas theme – with a nativity scene and a tent. The organizers also took care of the educational component – the guests are introduced to the story of the birth of Jesus Christ, and the nativity scene consists of a panel and 38 figurines of the holy family.

The installation of the country’s main Christmas tree began on November 30. The New Year tree was dug on the evening of December 18 – on the eve of St. Nicholas Day.

On December 11, the annual winter amusement park “Winter Country” was opened at VDNKh. There will be 20 entertainment locations in total. There will be a 15-meter Christmas tree in the central square, and there will be photo zones nearby.

In total, 14 New Year’s locations have been prepared for residents and guests of the capital in Kiev, which have been operational since December 16.

The Office of the Prosecutor General reported the suspicion to the Minister of Transport of the Russian Federation and his deputy: details

The first transfer of Jovićević: Shakhtar announced the signing of the Croatian legionnaire

Horoscope for January 12: Taurus is waiting for a rush, and Gemini can lose something