In the center of Nikolaev, Santa Claus and the Snowman were “caught” in an unusual traffic violation (video)

A car with New Year’s characters drives along the pedestrian street. 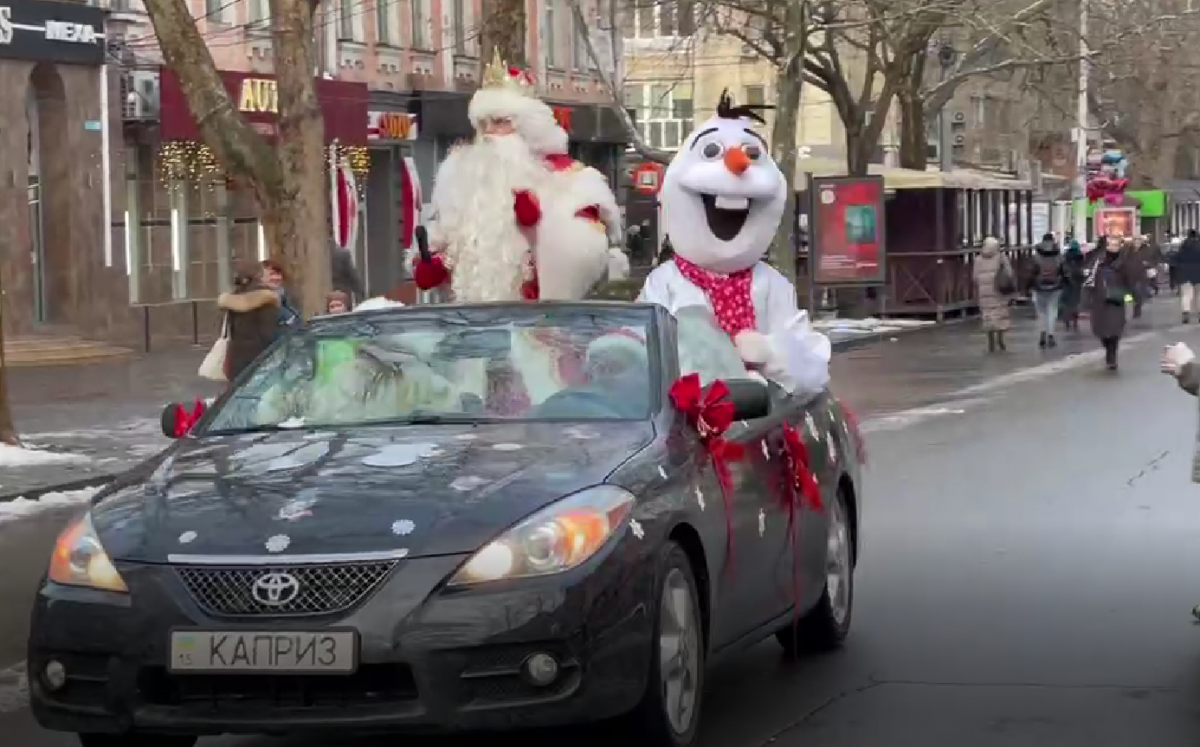 In the center of Nikolaev, on the main pedestrian street, unusual traffic offenders were noticed.

A curious video published on the Telegram channel “Nikvesti“.

Toyota, decorated for the New Year, drives along Sobornaya Street, which is exclusively pedestrian. It is noteworthy that in its cabin, in addition to the driver and passenger, Santa Claus and the Snowman are located in the back seat. Thanks to the convertible top, they stand and wave to all passers-by.

In the comments to the video, the Nikolaev journalist Oleg Derenyuga specified that the violators, passing by, woke up the child twice.

“He drives up to the wheelchair and honks,” he wrote.

On the record, you can also see that the car is driving with the alarm on.

Cooling will spread, temperature in Ukraine will drop to +12° – weather forecaster

RF may downplay capture of Seversk to focus on Bakhmut – ISW