In the Cherkasy region, a schoolgirl ran away from home due to poor grades in the report card

The girl left a note to her parents, in which she told the reasons for her disappearance. 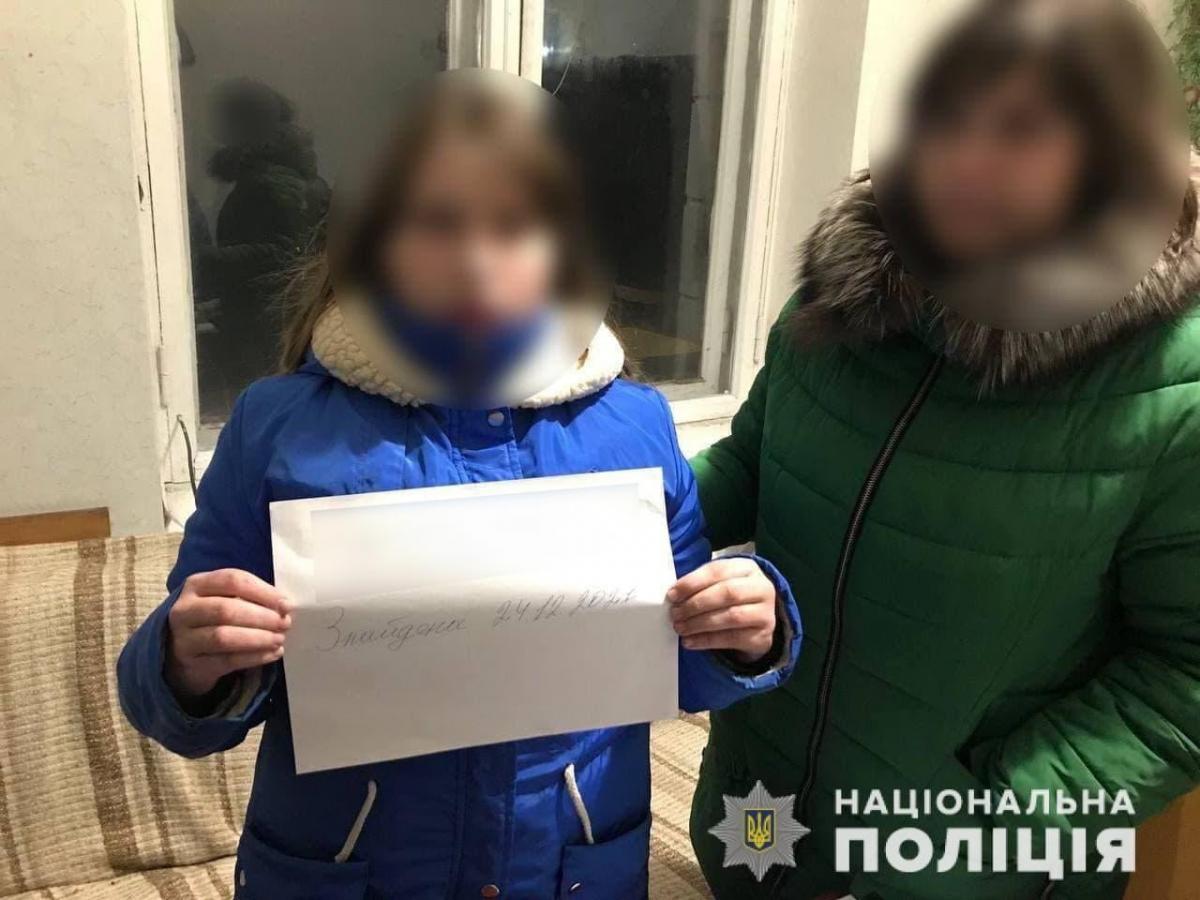 In the town of Korsun-Shevchenkovsky, Cherkasy region, a 12-year-old girl ran away from home due to bad marks on the report card. Frightened parents went to the police.

About it reported in the National Police of the Cherkasy region.

On the morning of December 24, the child went to school and never returned. Then the parents found a note where the schoolgirl wrote that she had bad grades on the report card, and therefore she would not return home.

Read alsoNear Kiev, an 8-year-old boy left home, got two deuces at schoolThe girl’s mother immediately went to the police. The woman said that her daughter did not return home after class. She was afraid that her family would punish her because of poor grades.

The police quickly tracked down the child. She was with her friend.

“The relatives were very grateful to the police for bringing the child home. Now the juvenile prevention police are holding a preventive conversation with them and explaining what such actions lead to,” the message says.

As UNIAN reported earlier, earlier in Kropyvnytskyi, a doctor rescued a schoolgirl from under the ice. A fifth-grader fell through the ice on a pond in the Ozernaya Balka microdistrict near the gymnasium of the latest teaching technologies.

A gas explosion occurred in a residential building in Lviv region: 5 people were injured

Mayor of Kherson: they will not create “KhNR” – they plan to annex the region to Crimea

SOCAR joined the restoration of the city of Irpin