“James Webb”: the main thing about NASA’s most powerful telescope for $ 10 billion

Scientists hope that this telescope will be able to tell people about the childhood of the universe. 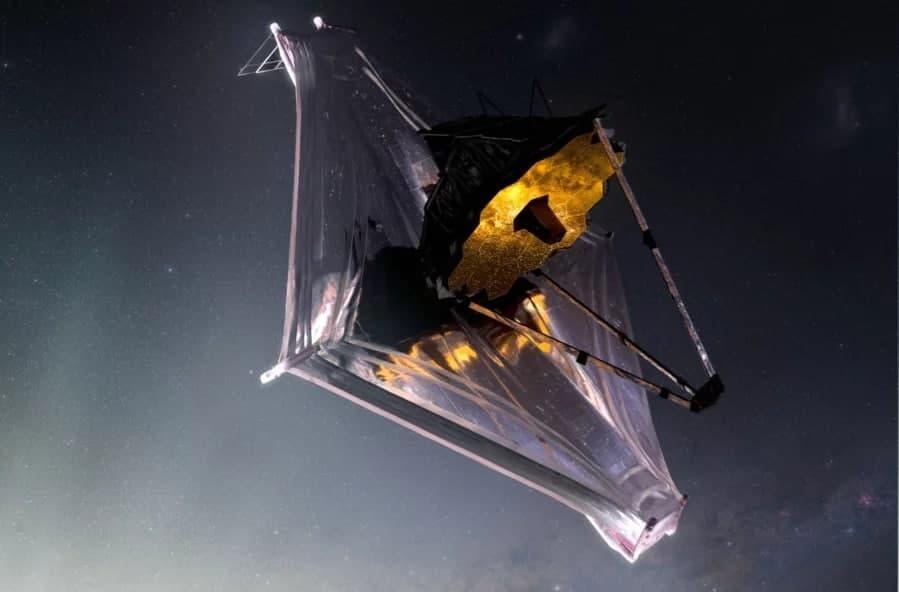 On December 25, at 14:20 Kyiv time, the Ariane-5 rocket is to take off from the Kourou cosmodrome in French Guiana, which will launch the James Webb telescope (JWST) into space. It is expected that in a month he will enter a working position, and in another six months he will transfer the first images to Earth.

It is reported by TJ.

“James Webb” has been called “a project beyond common sense.” It was repeatedly wanted to close it for excessive costs, but it was implemented due to its enormous scientific importance.

The James Webb telescope is to replace the Hubble, which has been in orbit for 31 years and is increasingly failing. It is assumed that in the next five to ten years, JWST will be the main engine of the development of world astronomy and astrophysics. In the first year alone, he must conduct 266 observations with a total duration of 6,000 hours. It is important that scientists from 41 countries will be able to use the telescope.

Read alsoAstronomers confirm that there may be alien life in the clouds of VenusAccording to the publication Nature breakthroughs are expected from “James Webb” in two main directions: the search for potentially habitable exoplanets and extraterrestrial life, as well as the study of the processes that took place at an early stage in the life of the Universe. The equipment of the telescope gives hope for these breakthroughs, because “Webb” is able to study objects that are 10-100 times dimmer than those seen by “Hubble”, and take pictures 10 times sharper.

The uniqueness of the telescope

JWST is a very large mirror with a diameter of 6.5 meters. For comparison, the Hubble is only 2.4 meters. Since a “saucer” of this size could not fit into a rocket, the Webb’s mirror was folded. It consists of three sections that must unfold at the point of arrival. The mirror is literally golden. Engineers coated 18 hexagonal segments with a layer of 100 nanometers thick gold – this metal reflects infrared rays well. 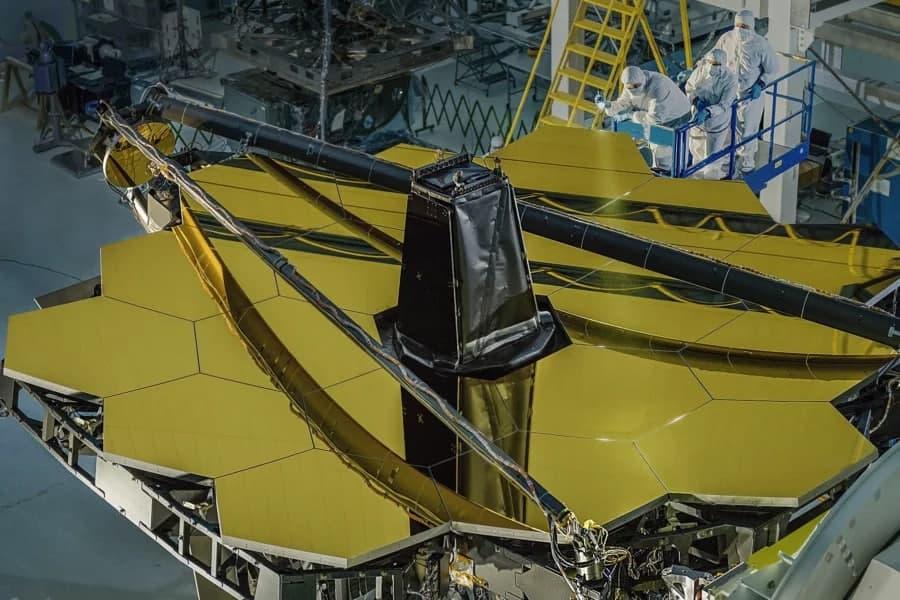 Astronomers are very much expecting that with the help of “Webb” it will be possible to look 13.6 billion light-years deep into space.

The astronomical community is betting heavily on this telescope given its scientific potential. We are all deeply concerned about what is happening, ”said Priyamvada Natarajan, an astrophysicist at Yale University, one of the participants in the future JWST scientific program.

Due to the expansion of the Universe, these regions are moving away from the Earth at a tremendous speed – and as space “stretches” stretch and waves of light coming from these regions towards the Earth. The frequency of the waves decreases, the visible picture of galaxies, stars and nebulae shifts down the spectrum. This is called cosmological red elimination.

Such distant regions are perceived only by telescopes operating in deep infrared range. Webb is just such a telescope. Infrared rays are also convenient because they pass through nebulae of gas and dust, unlike visible light rays.

At the same time, Webb loses to Hubble in some ways. Note that “Hubble” takes colorful photographs of distant corners of space, while “Webb” is incapable of this – it does not perceive visible light. An infrared image can only be roughly translated into visible colors by creating a visualization instead of a real photograph. 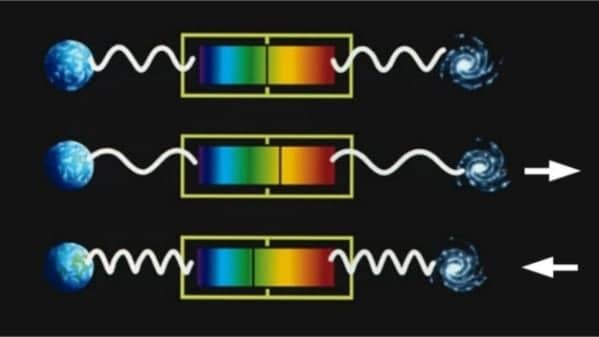 The James Webb Telescope will be able to detect extraterrestrial life if it exists within a radius of 15 light years from Earth. This telescope will become a powerful tool for world science in the search for biosignatures, complex organic substances that cannot be formed on the planet without the participation of living organisms, even primitive ones.

Read alsoThe most powerful telescope ever launched into space: date and mission (photo, video)The telescope is expected to be able to explore the oceans under the ice on Europa (Jupiter’s moon) and Enceladus (Saturn’s moon). The JWST will be able to pinpoint the chemistry of these oceans and establish the likelihood of life in them. Scientists will check Webb’s data in five to seven years by sending research probes there.

Childhood Explorer of the Universe

NASA scientists hope that “James Webb” will provide information about the most interesting period in the history of the Universe, when he was only 100-250 million years old. Then the Dark Ages were still standing: there were no galaxies, no stars – space was “covered with fog” of hydrogen and helium atoms scattered throughout the available volume.

Then this “fog” seemed to condense in some places – the atoms accumulated and collapsed into stars and quasars, which illuminated the Universe with the first light. As a result, the era of reionization began: the Universe from a dark homogeneous “gas storage” turned into clusters of luminous matter, separated by trillions of kilometers of void.

“James Webb” will determine when exactly the first light sources appeared in the Universe, and what exactly they were – stars or quasars. Also, the telescope will tell a lot about the formation of the first black holes, which, possibly, began to collect the first galaxies around them. All of this information will help astronomers understand why the universe now looks exactly the way it looks.

Why Webb took so long to develop

The idea to create this telescope came to astronomers back in 1996, and it was planned to launch it in 2007-2011. It was then that the space industry was actively developing, scientists discovered the first exoplanets, so there was a need for a powerful tool.

However, the implementation of the plans was delayed and turned into a record long-term construction of NASA with a record budget. The JWST was initially valued at $ 500 million, but over the years, its value has increased 20 times – to about 10 billion.

Engineers assembled “James Webb” only at the end of August 2019, but it was not possible to launch it. The launch has been postponed 10 times for various reasons until December 25, 2021.

During the implementation of the project, the United States wanted to close it due to excessive costs. And the experts were often guilty of this. The project was led by contractors who consistently underestimated the complexity of the unique equipment, which caused the deadlines and budgets to be thwarted. Several times the assembly engineers inadvertently broke and damaged the components of the telescope, forgot to tighten the screws and nuts.

How long will JWST “live”

Scientists will not be able to troubleshoot problems with the Shuttle, because Webb will be too far from our planet.

In the Cherkasy region, a schoolgirl ran away from home due to poor grades in the report card