Why broken phones from Africa are sent to Europe

There are still no smelters there, such as those needed to extract small amounts of precious metals from mobile phones. 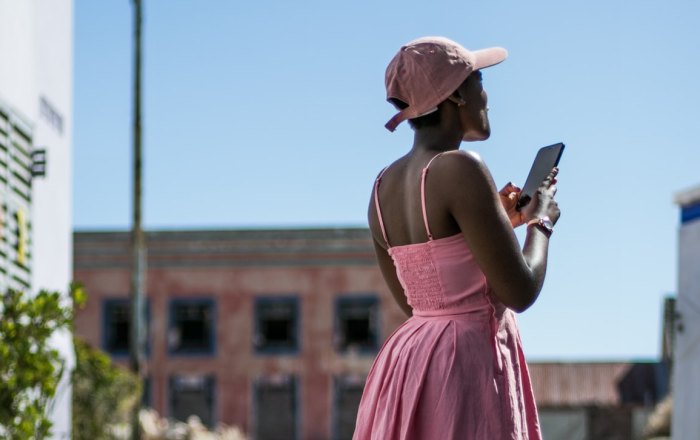 About 230 million phones are sold in Africa each year
(photo: CC0 Public Domain)

We are accustomed to the idea that old electronics that are discarded go to landfills in a number of underdeveloped countries, especially in Asia and Africa. But it turns out that the opposite process is underway – the broken phones of consumers in Africa are going to Europe. There they are processed and valuable raw materials are extracted from them.

Eric Arthur doesn’t have much time for hobbies – he spends most of his weekends driving all over Ghana to collect broken cell phones. He leaves his home in Cape Coast and travels about 150 kilometers each weekend, visiting e-scrap repair shops and warehouses – all sorts of places where there is a decent supply of damaged devices.

For a good weekend he can collect 400 phones, he says BBC. A team of six other agents is working with him. They do the same in other parts of the country. They expect to collect about 30,000 phones this year.

Arthur and his agents pay a small amount to the sellers for each phone, 2.5-2.7 Ghanaian seats, which is about 44 US cents. Although phones are not repairable, it is sometimes difficult to persuade their owners to part with gadgets.

“One [нов] an Android phone costs about $ 150, and I offer them less than $ 1 for it. Although it can no longer be used, people often say, “But I bought it at that price. Why do I have to give it so cheaply now? ”

Arthur’s weekend work is paid for by the Dutch company Closing the Loop. The company sends the phones collected by Eric and his team to Europe. There they are disassembled and recycled. Then a specialized smelting company extracts about 90% of the metals in the phone – a process in which plastic parts are burned.

Thousands of miles away

Jost de Kluiver, who co-founded Closing the Loop with Reinhard Smith, said the answer was simple. Africa does not yet have the smelters needed to extract the small amounts of precious metals used in the production of every mobile phone.

“They don’t have any of what they need for a plant that is financially sustainable,” he said. “There is no legislation, no infrastructure, no consumer awareness. As a result, there is no money to finance proper collection and recycling.

About 230 million phones are sold in Africa each year. When they are no longer needed, some are removed from the informal recycling industry, but most are discarded. According to the Global E-waste Monitor, Africa generated 2.9 million tonnes of e-waste in 2019, of which only 1% was efficiently collected and recycled.

“African countries are experts in extending the life cycle, repairing and, to some extent, recycling. So the thinking is already there. But there is no suitable tool, especially for this type of waste, “said de Kluiver.

To pay for the collection of phones in Africa, Closing the Loop makes deals with companies and organizations that pay the organization about 5 euros for each new phone acquired. Closing the Loop recycles an equivalent amount of e-waste in countries that do not have official recycling capacity. This € 5 per phone covers the collection, delivery and recycling of a phone in Africa, plus some profit to close the cycle. The growing list of clients includes the Dutch government and financial services firm KPMG.

De Kluiver is critical of some recent efforts to set up waste recycling schemes in Africa. He argues that without a sustainable financial model and adequate legislation, governments will find it difficult to achieve their goal. Simone Anderson, chief commercial officer of the Center for Waste Electrical and Electronic Equipment (WEEE), which recycles similar goods in Kenya, agrees. The country does not have a national recycling system, but only a waste collection service in some areas.

The idea for the WEEE Center comes from Computers For Schools Kenya, a non-profit organization that supplies schools with refurbished computers. Working with schools has proven that there is a need to deal with unwanted e-waste – so in 2012 Anderson started the recycling company.

This year, the WEEE Center expects to collect 250 tons of e-waste, mainly through deals with large companies such as Total Energies and Absa. But this is only a small fraction of all the approximately 50,000 tonnes of e-waste that Kenya generates each year. That’s why Anderson has ambitious plans to set up collection points across the country where people can leave their unwanted electronics. She says Kenyans are becoming increasingly aware of the environmental problems caused by e-waste and would like to do something about it.

“Most people are aware of common waste issues. “Many would like to change that if there was some infrastructure to make it possible – and we want to be part of the solution when it comes to e-waste,” Anderson said.

The WEEE Center’s team of 10 technicians carefully sorts and disassembles electronic devices. Some metals – iron and copper – can be recovered locally. But precious metals such as gold, platinum and palladium, which are embedded in the boards, can only be extracted from specialized smelters in Europe or Asia. And while there are no such smelters in Africa, e-waste is leaving for Europe.

It is a common hope that such factories will soon be available in Africa. “As we grow, we definitely want to bring this technology to Africa,” Anderson said. “Why not in East Africa? Why not in Kenya and Nairobi? That’s part of our vision. “

"James Webb": the main thing about NASA's most powerful telescope for $ 10 billion

In the Kharkiv region, a local Gauleiter was blown up in a car – Bratchuk