In Kharkiv region, a schoolgirl “played football” with a cat – social networks

All the mockery of the animal was accompanied by cheerful laughter. 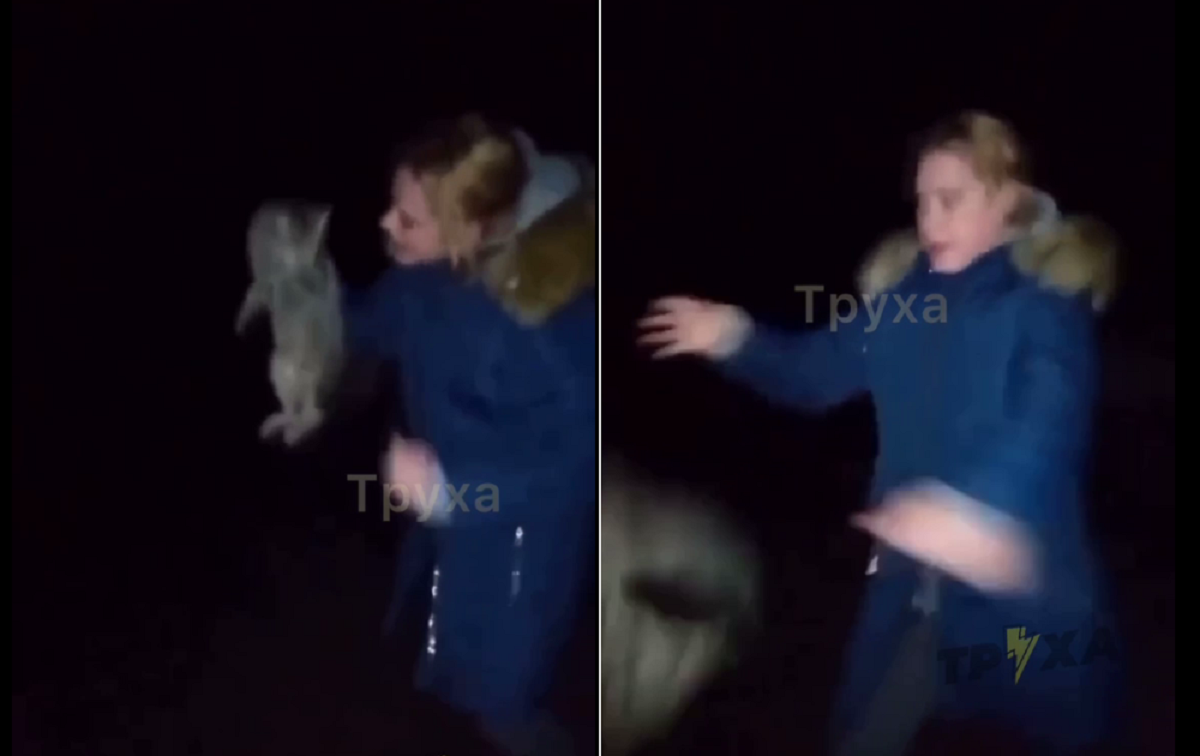 In the Kharkiv region, a schoolgirl mocked a cat and shocked social networks.

The act of the ninth-grader was reported by one of the local Telegram-channels by posting a video filmed at the scene. According to preliminary data, everything happened in the village of Pechenegi, Kharkiv region. The exact date of the shooting is unknown.

“… the village of Pechenegi, Kharkiv region. A 9th grade student, who was previously registered with the police, plays football with a cat,” the message says.

The video shows how in the dark on the street a young girl in a blue jacket holds an animal by the scruff of the scruff of the neck and asks her friend, who is taking it off, if she can be seen well. Then he unfastens the bottom of the jacket to make it easier to hit, says something to the cat and kicks it with all his might.

The animal flies off into the nearest fence. All this is accompanied by cheerful laughter of both the most active participant in what is happening, and the “operator”.

Then the girl comes up to the cat, again takes her by the scruff of the neck, begins to shake it. At the same time, the animal meows desperately, and the “operator” laughingly says: “You’ll kill her now, don’t need to. They are in the same pain as we do.”

In the comments, users did not contain their anger:

“… it is impossible to watch, the heart is breaking.”

“Now there is an article for cruel treatment. And also involve the **** that filmed. My God, what a horror. How scary.”

Many began to threaten the girls with violence.

The police have not yet publicly commented on the incident.

We will remind, from November 8 in Ukraine came into force changes in the provisions of the legislation, which strengthen administrative and criminal liability for cruel or irresponsible treatment of animals.

Read alsoRada adopted new rules for keeping animals: what to expect for pet ownersAccording to Article 89 of the Code of Criminal Procedure (Cruelty to Animals), abuse of animals, including homeless people, which caused them torment, caused them physical pain, suffering, but did not result in bodily harm, injury or death, is punishable by a fine of 3400 to 5100 hryvnia.

And the same actions committed against two or more animals, either by a group of persons, or by a person who has already been held accountable for the same violation within a year, – the imposition of a fine in the amount of 5100 to 8500 hryvnia or administrative arrest for up to 15 days …

As UNIAN reported earlier, earlier in the Kharkiv region, flayers killed a cat and hung it on the gates of the church. Volunteers claim that a gang of flayers is operating in that area and this is not the first victim. The deceased is a stray cat named Malva. Previously, due to people, she had already practically lost one paw.