Massacre in Myanmar: dozens of people killed and burned, including women and children

Two members of the international humanitarian team are missing. 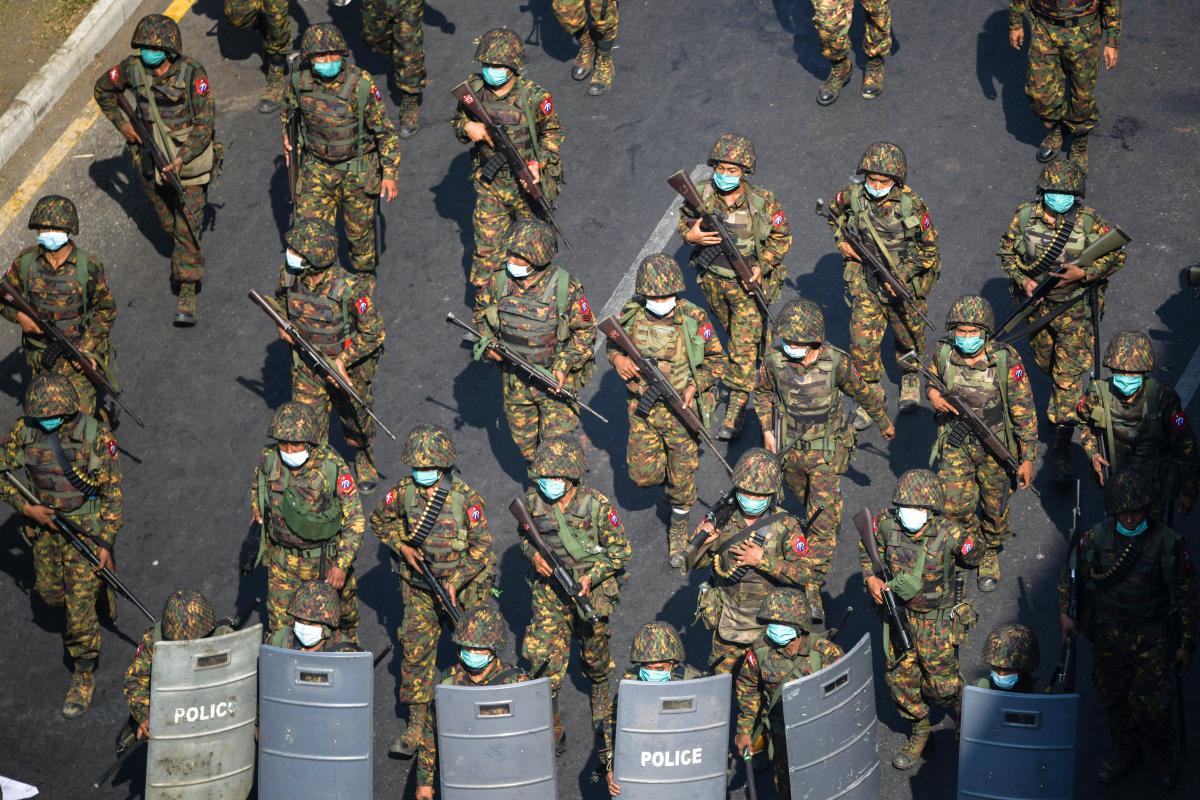 In February 2021, as a result of a coup, the military seized power in Myanmar, protests began in the country / photo REUTERS

Myanmar government forces surrounded people in a local village, shooting more than 30 people and burning their bodies. Among the victims, according to preliminary information, there were women and children.

This is reported with reference to eyewitness accounts. AP News.

Photos circulated on social media across the country, allegedly of the aftermath of the Christmas Eve massacre in the eastern part of Mo So village, near the village of Khpruso in Kaya state, where refugees were hiding from an army offensive. The photographs show the charred bodies of more than 30 people in three burned-out cars.

One villager told reporters that the victims were refugees who took refuge from fighting between armed resistance groups and the Myanmar army on Friday, December 23, near the village of Koi Ngan, near Mo So. They were killed by the military on their way to refugee camps.

Witnesses anonymously told reporters that at the site of the massacre they found children’s and women’s clothing, as well as medicines and food. Before the arson, the bodies were tied with ropes.

Save the Children, an international organization dedicated to protecting the rights of children around the world, said two of its employees, who were on their way home after carrying out humanitarian work in a nearby village, were “involved in the incident and are still missing.”

“We have confirmation that their car was attacked and burned down. Reportedly, the military forced people to get out of their cars, some were arrested, others were killed and their bodies burned,” the organization said.

At the same time, state media reported that fighting near Mo Seo broke out on Friday, when members of the ethnic guerrilla forces and resistance fighters drove “suspicious” vehicles and attacked security forces, refusing to stop. Among them, according to government officials, were recruits about to undergo training in fighting the army, and the seven vehicles in which they were traveling were destroyed by fire.

On February 1, Myanmar’s military accused civilian authorities of electoral manipulation. They declared a state of emergency and handed over power in the country to the commander of the Armed Forces.

Read alsoMyanmar bans satellite dishes – violators face jailAfter the coup, protests against the military began in large cities of the country, which ended in clashes with the security forces. In March, the actions of the military were condemned by the US and the EU and imposed sanctions. United Nations Secretary-General Antonio Guterres has called for increased pressure on the Myanmar military junta.

By early April, anti-junta protests across the country had killed at least 550 people. By July, according to the Association for Assistance to Political Prisoners, at least 912 people had been killed, 6,770 were arrested, and 1963 were on the wanted list.

Six months after the military coup in Myanmar, the leader of the junta that seized power in the country, the commander-in-chief of the Armed Forces, General Min Aung Hlain, announced the extension of the state of emergency for two years, until August 2023.

In Kharkiv region, a schoolgirl "played football" with a cat - social networks