They created the thinnest Christmas tree in the world – from graphene 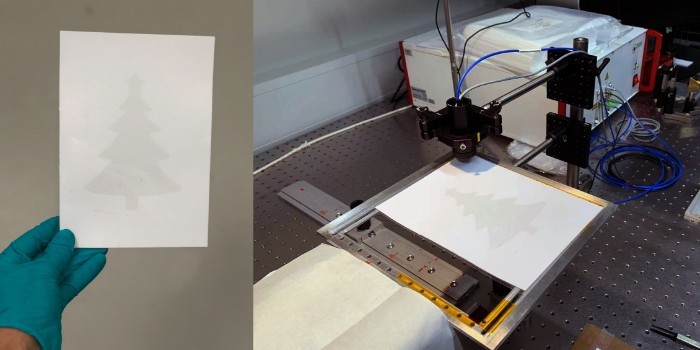 The graphene layer with the Christmas tree is visible after transfer from the copper roll
(снимка: Abhay Shivayogimath og Jie Ji)

A few years ago, Canadian scientists celebrated the Christmas season by creating a miniature gingerbread house. In the same vein, Danish researchers have now done what they say is the thinnest Christmas tree in the world – and it’s made of graphene.

Graphene is a two-dimensional “supermaterial” of a sheet of carbon atoms one atom thick, connected to each other like a honeycomb. This is the thinnest and strongest artificial material in the world. It has some amazing properties such as strength, remarkable electrical conductivity, water resistance. These features make it quite useful in various applications such as high-power batteries, electronic devices and high-strength composite materials.

Created by scientists from the Technical University of Denmark (DTU), the mini-graphene tree is 14 cm long and only one third of a nanometer thick – one billionth of a meter, said NewAtlas. The Christmas tree is cut from a 10-meter roll of graphene, which is made by “growing” graphene on a reusable copper foil roll, after which the graphene is lifted from the copper and transferred to a cheap polymer film roll for handling and storage.

Although this is an established method for producing graphene, it is still difficult to verify that graphene has not lost some of its functionality when transferred from one roll to another. The DTU team has dealt with this problem using terahertz radiation, which is considered harmless in small quantities. 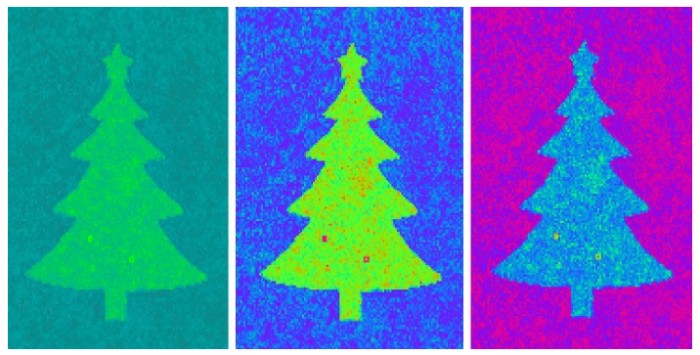 Different versions of the Christmas tree, which is only one atom thick
(photo: Jie Ji)

In particular, after graphene is transferred to the polymer, it is irradiated with terahertz radio waves and then scanned to see how much terahertz radiation it has absorbed. The ability of graphene to absorb such radiation corresponds directly to its electrical conductivity.

“Behind the Christmas joke with the Christmas tree is an important breakthrough,” says lead scientist Prof. Peter Bögild. “For the first time, we were able to control the quality of the graphene layer after we transferred it. This is the key to achieving stable, reproducible and usable properties of the material, which is a prerequisite for the use of graphene in electronic circuits.

There will still be tough battles in the Kharkov direction, the Russians will stand to the last – expert

In occupied Luhansk, near the Christmas tree, the crowd was “fired at” with fireworks (video)