An angry Finn blew up his Tesla Model S.

He was furious because his repair bill was 20,000 euros 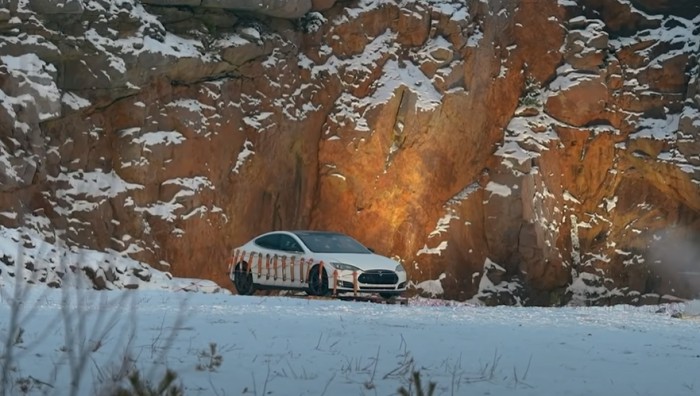 This 8-year-old Model S was blown up by a Finn after a $ 20,000 repair offer
(photo: Stopper Pommijätkät / YouTube)

Finland’s Tuomas Katainen became world-famous after blowing up his Tesla Model S. The news and video of the incident went around the world’s technology media and provoked mixed speculation among the general public.

Katainen bought the Tesla Model S in 2013. “Well, when I bought this Tesla, the first 1,500 km were good,” Katainen was quoted as saying. The Verge. But then, one after the other, various indications of errors and problems began to light up on the dashboard. Recently, the situation has become unbearable.

Kataynen took his Tesla to a mechanic, who discovered that the only way to repair the car was to replace the entire battery pack. That would cost the Finn at least 20,000 euros.

Probably every proud Tesla owner could understand the bitterness and disappointment, given that the base price for the new 2013 Tesla Model S starts at $ 57,400. The repair would cost more than a third of the price of a new car!

Kataynen was furious, took his Tesla from the service station and told the mechanic that he would “blow up the whole car”. And that’s exactly what he did.

He joined the Pommijätkät group, a community of pyrotechnics and explosives enthusiasts. Her bombers hit 30kg of dynamite on the car and parked it in an old stone quarry in Jaala, Finland. The angry owner put a photo of Elon Musk in the car, attached to a crash test dummy, equipped with a helmet and a thick winter jacket.