“And we can do this”: Ukrainian woman complained about the find in the luggage compartment of the car (photo)

The conductor offered the passenger a package. 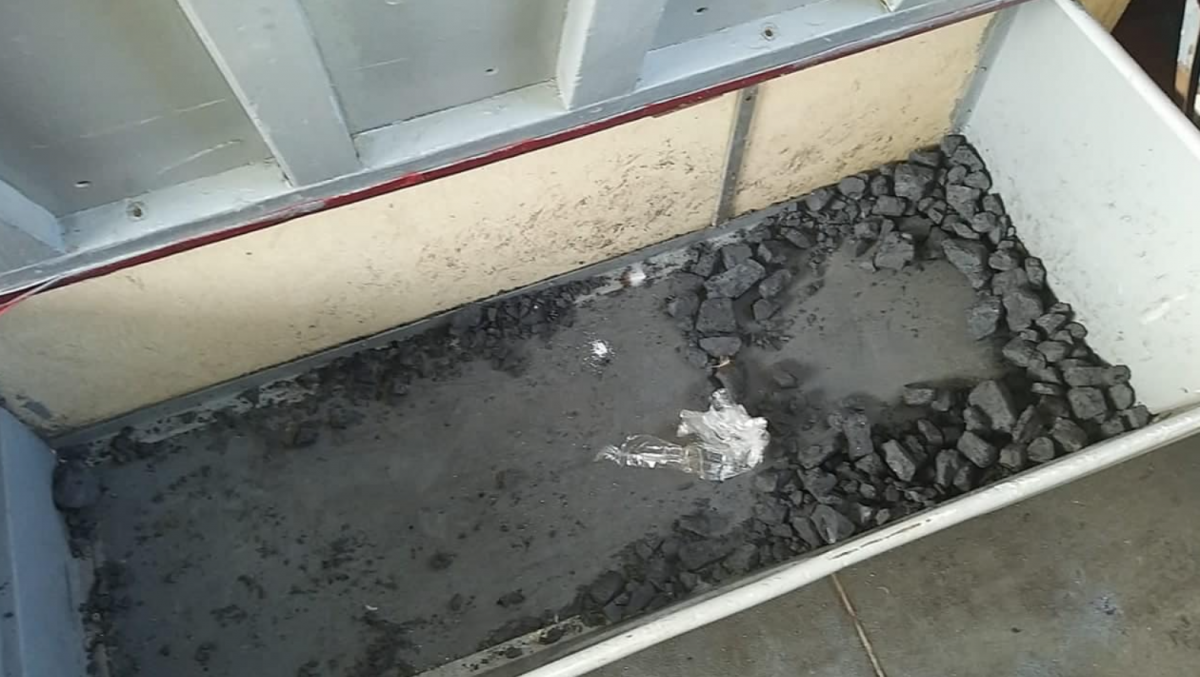 “Ukrzaliznytsia” got into a new scandal / photo Igor Grumidsky

A passenger of JSC “Ukrzaliznytsia” found the remains of coal in the baggage department. The conductor offered to put her luggage in a bag.

The photo was published by Igor Grumidskiy in the group “Forum of the Ukrainian Railways” in Facebook.

“And we can do that! In one of the compartments in the section for passengers’ suitcases, the girl found the remains of coal,” he said.

The man says that the passenger called the conductor into the compartment. She explained that this is how fuel is stored on the train for heating the car. She offered the woman a bag for her luggage.

Read alsoIn Ternopil, Bandera monument was taken under round-the-clock protectionEarlier, Ukrzaliznytsia reported how much the Ukrainians spent on railway tickets under the E-Support program.

Dropped naked out of the window: a Russian nationalist was found dead in Moscow

Ukraine called on Canada to cancel the decision on Nord Stream