In the Kiev region, they extinguished a fire in the buildings of the sawmill for more than six hours (photo, video) 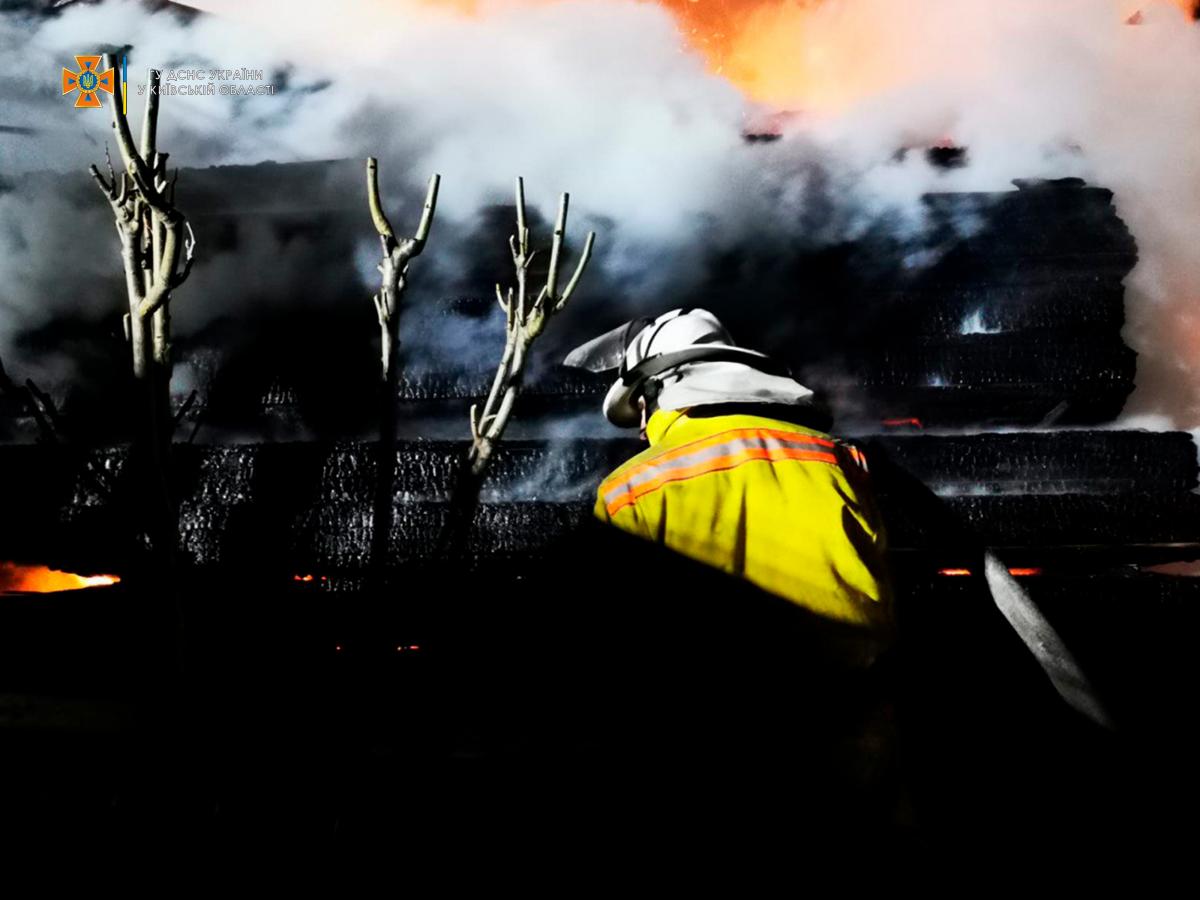 At the place of the call, 40 personnel were involved / photo: GSChS

In the village of Martusovka, in the Kiev region, rescuers managed to extinguish the fire that broke out in the buildings of the sawmill and the warehouse.

The total area of ​​the fire was 1000 sq. M. This is reported in the press service GSChS.

“On December 26 at 13:26, the operational dispatching service of the Boryspil region received a message that a fire broke out in the nearby buildings of the sawmill and the warehouse on a total area of ​​1000 square meters in the village of Martusovka,” the message says.

Read alsoArson of a journalist’s car in Transcarpathia, a suspect was detained, the motive of the crime was named (photo)At the scene of the incident, the rescuers found that the fire occurred approximately at the place of assembly of finished products (wood).

“At the place of the call, 40 personnel and 10 pieces of equipment were involved. There are no casualties or injuries,” the State Emergency Service said.

We will remind, earlier in Kiev, operatives detained a man who wanted to set fire to a foreign car of his ex-wife’s roommate.

"Like a wax dummy": Alla Pugacheva scared her face (photo)