100 objects and 550 km of roads: what has been done in the Dnipropetrovsk region during the year of the “Big construction” of President Zelensky

Dnipro Regional State Administration reported on the infrastructural results of 2021. And they are impressive.

At the beginning of the year, one of the world’s most famous architecture and design websites, ArchDaily, wrote about the project Kindergarten Obukhivka… Under this name, a kindergarten opened in 2018 in the village of Obukhovka, Dnepropetrovsk region, appears.

This fact may seem strange, because earlier Ukrainian kindergartens, especially rural ones, were not associated with advanced design in any way. Nevertheless, it became one of the first new modern educational institutions in Ukraine, and the experience of developing the infrastructure of the Dnipropetrovsk region was subsequently scaled throughout the country as part of the program of President Volodymyr Zelenskyy “Big Construction”.

Since then, many other interesting objects have been opened in the Dnipropetrovsk region. Meanwhile, Dnipro Regional State Administration reported on infrastructure results in 2021. And they are impressive.

During the year in the region, under the presidential program “Big Construction”, almost 100 objects were handed over, including schools, kindergartens, dispensaries, stadiums, hospitals, roads. According to the head of the regional administration Valentin Reznichenko, they built and reconstructed in all corners of the region.

“We renewed kindergartens and schools. Repaired roads. We built outpatient clinics. We reconstructed stadiums. We purchased modern medical equipment and new ambulances. We continue to work,” he summed up the year.

Perhaps the biggest changes were felt by children and their parents. In 2021, kindergartens were actively built and reconstructed in the region, creating 500 new places for children. In particular, a kindergarten built from scratch in Pokrov is designed for 115 kids and can also claim the role of a “star” of architectural sites. 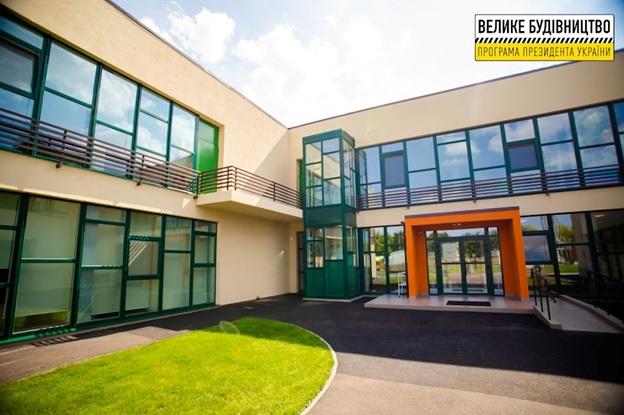 Modern design, floor-to-ceiling windows, bright playrooms, sports and music halls, as well as a huge courtyard with swings, gazebos and playgrounds for all groups. The children are happy, but the parents are happier than everyone: before, there was only one preschool institution working in Pokrov, there were simply not enough places for all.

Also, a new kindergarten has appeared in Stary Kodak. In Pyatikhatki, thermo-modernization of the existing kindergarten was carried out. Another kindergarten was reconstructed in Chkalovo. Work is underway to build a new children’s institution in Chervonogrigorovka and overhaul three kindergartens in Krivoy Rog.

All educational institutions are designed and equipped taking into account the needs of children with disabilities. In the Dnipro Regional State Administration they name several main parameters of a successful project: inclusiveness, energy efficiency, modern design. All this is a guarantee that children will want to go there. 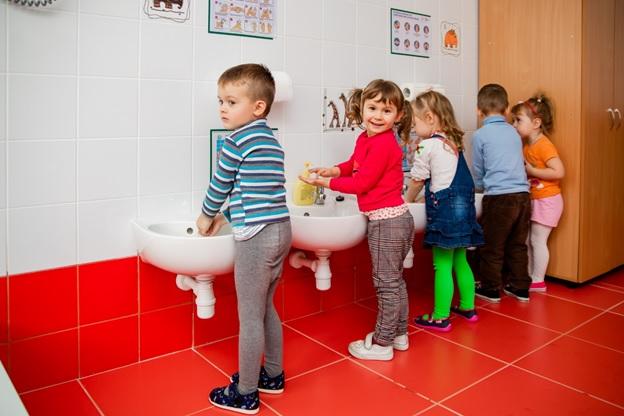 The same rules apply to schools.

“Reconstruction of schools is a complete reincarnation. From gray outdated buildings to modern ones. With bright designs and new equipment. Children come to such an educational space with pleasure. says the deputy head of the Dnepropetrovsk Regional State Administration Olga Gorb.

Among the largest completed projects is the Mariinsky multidisciplinary gymnasium No. 33 in the Dnieper, where for the first time in more than 150 years of its existence, a complete overhaul was carried out. The goal was to preserve the uniqueness of the historic building, but at the same time make it convenient for schoolchildren and teachers. 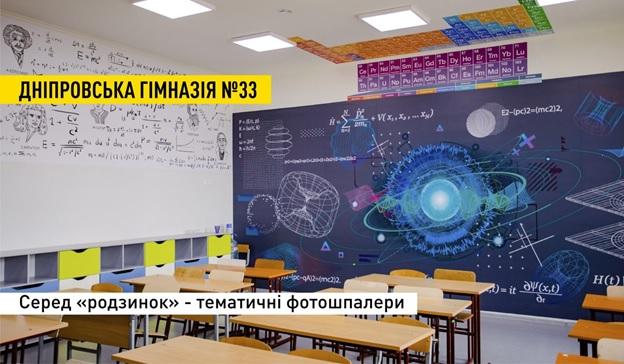 The gymnasium was equipped with a two-story catering block with a bright design and a “silent waiter” – a special lift for food. The classrooms are themed, and the entire building and the surrounding area have a “smart” surveillance system that records vehicle numbers and is capable of recognizing faces.

A similar project is now being implemented in Krivoy Rog, where one of the oldest lyceums in the city is being renovated. Reconstruction of 5 schools began in Krivoy Rog, and Bozhedarovskaya and Likhovskaya schools are still in operation. And in Petropavlovka, Sursko-Litovsk, Apostolovo and Dneprovsk school No. 104, the work has already been completed. This year, 2,500 children are already studying in the renovated schools, and the school vehicle fleet has been replenished with 29 new buses.

Another interesting type of facilities that are being developed in the Dnipropetrovsk region are small group homes for children left without parental care. They are designed for an average of 10 children and are more like country cottages than a standard shelter.

Children go to regular school and kindergarten, and at home they are looked after by teachers and a cook. This allows you to create an atmosphere as close to a family as possible, which is a good alternative to boarding schools. 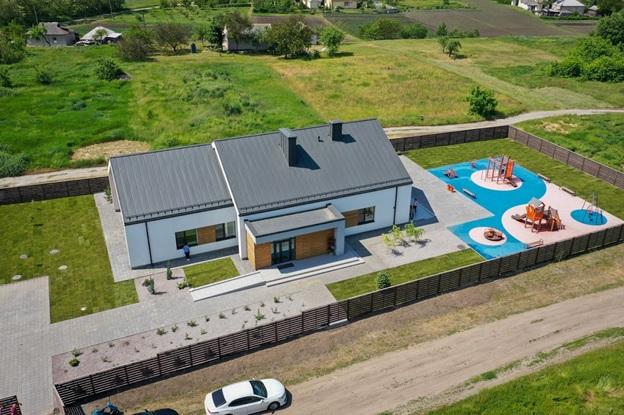 A one-storey building with 5 bedrooms, with a common living room-kitchen, where everyone can get together, has an adjoining territory with a terrace and grounds for games and sports. Such houses were opened in 2021 in Bogdanovka, Kamensky, Petrikovka, Pokrov, Raevka and Solen, the next are being built in Vasilkovka, Petrovka and Vakulovo.

School stadiums and the renaissance of a legend

The outgoing year in Dnipro is called the year of sports by the Regional State Administration, since it was the sports infrastructure that was developed extremely actively. Among the most ambitious projects is the beginning of the reconstruction of the Metallurg stadium in Kryvyi Rih, which is going to return to its former glory. 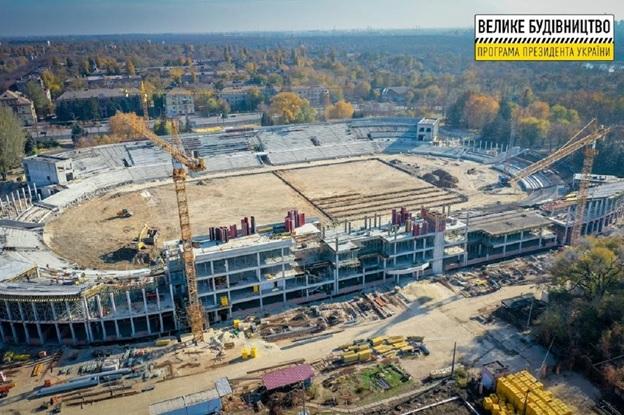 Metallurg saw a lot of battles, and then became neglected. There was devastation here, “recalls the people’s deputy Yuri Koryavchenkov.

In just a year, 9 stadiums and 2 large swimming pools – in Slobozhansky and Nikopol – were opened in the region under the Big Construction Program. Among other things, school stadiums are being restored – with football fields, running tracks, workout, basketball, tennis, etc. 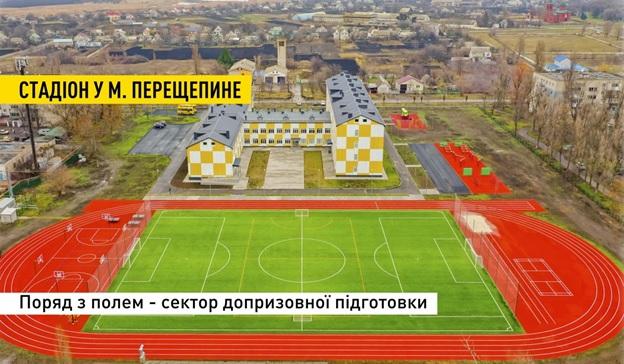 At the same time, multifunctional sports grounds for sports are being opened, within walking distance “at home”. This project is part of the Healthy Ukraine program of President Volodymyr Zelensky to involve as many people as possible in a healthy and active lifestyle.

The medical infrastructure has also undergone changes, primarily in rural areas, where 16 outpatient clinics were opened during the year. They were built from scratch, taking into account the needs of the communities. Most dispensaries have family doctor accommodation to attract specialists and provide affordable medicine everywhere, not just in regional or district centers. 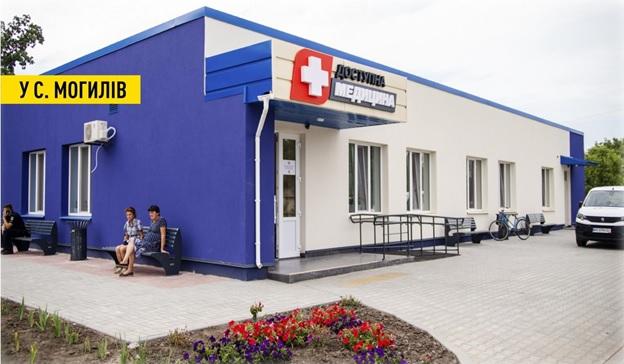 An equally important result of the year was the opening of admission departments in 13 flagship hospitals. It is here that emergency medical care is provided, therefore, in addition to examination and manipulation departments, there are now operating rooms, intensive care wards, etc. We purchased additional diagnostic equipment, in particular, X-rays, tomographs, endoscopic equipment. This will allow a rapid transition to targeted patient care, increased throughput and a wider range of care.

Anatoly Shkil, General Director of the Pokrovsk City Hospital, explained that earlier patients with cerebral strokes had to be transported 30 km to Nikopol. Now they will be rescued on the spot. 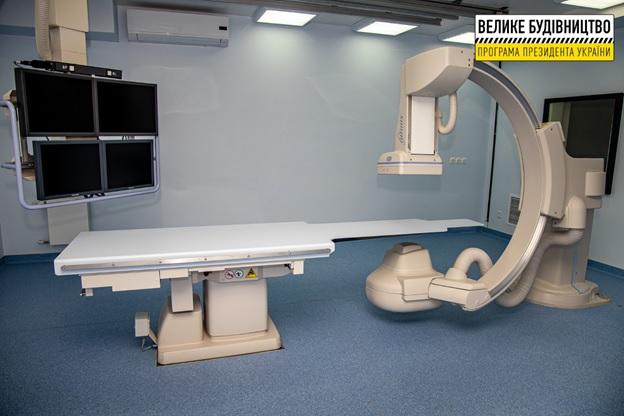 In total, 1,000 units of medical equipment and 177 vehicles were purchased in the region in 2021, which made it possible to renew the ambulance fleet by 100%.

Of course, talking about the program of President Volodymyr Zelenskyy “Big Construction” and not mentioning the roads is impossible. In the Dnipropetrovsk region, more than 550 km of them were restored this year, of which about 450 km are roads of national importance, the most important highways.

In particular, 60 km of the track on the Pavlogradskaya highway, 56 km on the Nikopolskaya highway were updated. The construction of the Dnieper-Reshetilovka highway is continuing, which will directly connect the Dnipropetrovsk region with Kiev. Due to the fact that the route is laid bypassing settlements, it will be possible to get to the capital in 5 hours.

But the biggest event of the year in the road sector was the long-awaited opening of the Southern Bypass of the Dnieper, which connected the Zaporozhye H-08 highway with the Southern Bridge. This is a category I road with 4 traffic lanes and 2 two-level transport interchanges. 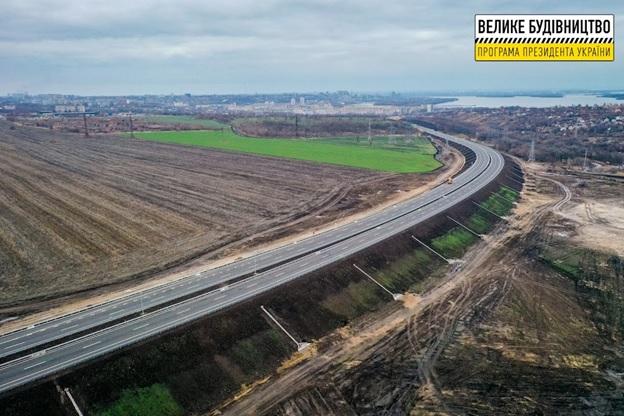 “Thanks to this artery, transit large-sized transport will no longer spoil the streets of the city and create traffic jams,” said Valentin Reznichenko, head of the Dnipro Regional State Administration.

The next step will be the construction of the Northern Bypass, which will have a unique flyover over the plant area and the railroad tracks.

“Work on the Northern Bypass began in November. A four-lane 6.6 km long motorway will connect the Kaidaksky bridge with the M-30 Stryi-Izvarino highway,” said Vladimir Orlov, first deputy head of the regional administration. 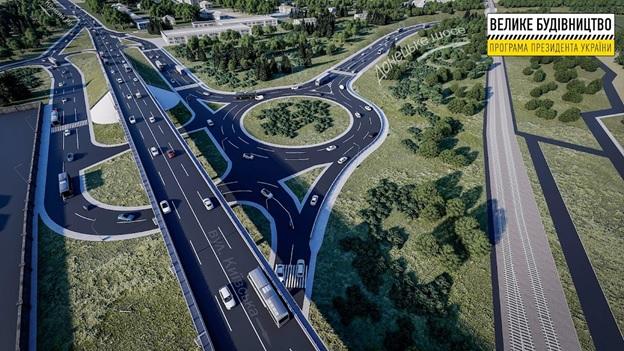 During the year, about 130 km of local roads passing through small settlements were also updated. For the villagers, this is not only a matter of comfort, but also of safety – the same “ambulance” or fire brigade will get there faster on a high-quality road. 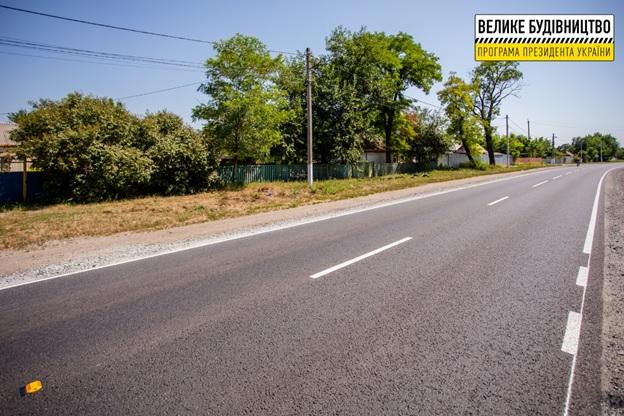 A new 3200-meter runway, 45 meters wide, with modern light-signaling and radio-technical equipment capable of receiving airplanes even in fog, plus a new terminal – this is the plan to renovate the Dnipro International Airport.

After the replacement of the contractor at the end of October, the creation of a new takeoff began. In Dnipro, the Regional State Administration expects to increase the passenger traffic to several million per year. This, in turn, will contribute to the tourist attractiveness of the region and the attraction of new investments due to the renovation of the region’s air gates. 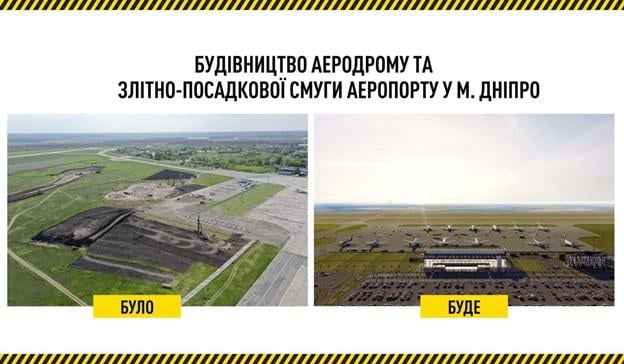 The upgrade of the airfield category will allow it to receive the largest passenger aircraft, such as the Boeing 777 and Airbus A330. The new terminal is designed to serve 11 thousand passengers per day.

But this is not the only airport to be renovated in the Dnipropetrovsk region. The Krivoy Rog airport is also waiting for a full restart, where reconstruction began this year. 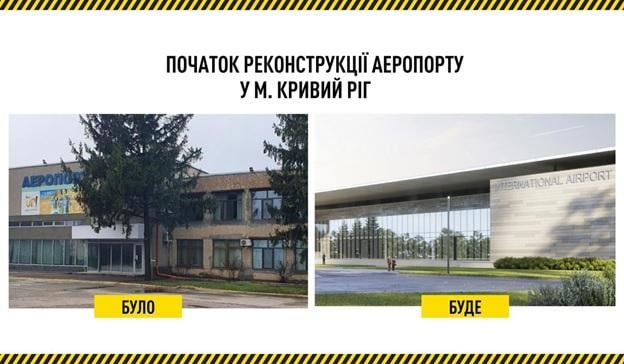 The Dnipropetrovsk Regional Council has already adopted a budget for 2022, and it has allocated about 4 billion hryvnias for the development of the region’s infrastructure. Therefore, the Regional State Administration in Dnipro plans to further increase the pace and volume of the “Big Construction”.

It won't be long: Ronaldo's mother confessed when the outstanding striker would retire and what she would do after

The daughter of Putinist Mashkov showed a video from Kyiv and turned to the Russians: “What we are doing is fucked up” (video)

How many missiles remains with Russia: Ukrainians voiced a sad forecast