It can run for 1.5 hours on a single battery charge 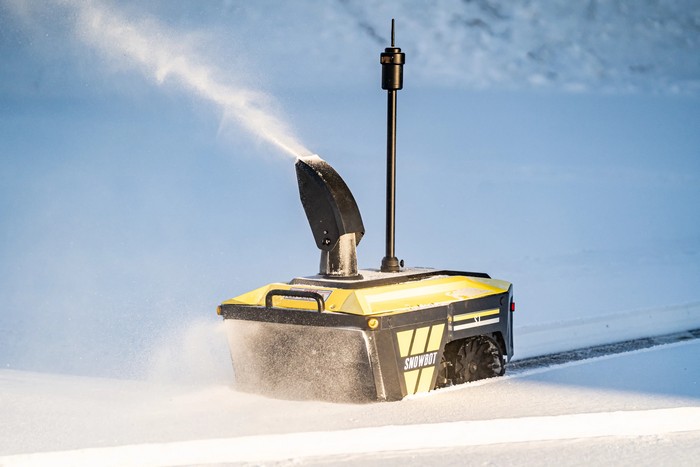 Small snowplows for cleaning in front of the house or in front of the block are becoming more and more popular, and people are constantly looking for a way to get rid of the obligation to circle the snow with the machine. The latest experience in this direction is Snowbot S1 – a robot for clearing snow, which is designed to do the job all by itself.

Snowbot S1 is a stand-alone vehicle powered by batteries and rubber chains, which is about to enter the beta testing phase, announced NewAtlas. It can be used to clean the sidewalk, but is designed for large spaces, such as parking lots.

For the machine to work, users must install three ultra-wideband beacons, one in each of the three corners of the cleaning space. The robot uses the signals to triangulate its current location in the parking lot. This allows him to establish a route for clearing the snow, which he then diligently follows.

If the area is irregularly shaped, users can use the iOS / Android app to manually set the route. It is also possible to fully manually control the S1 in real time, using a remote control with radio signals.

Depending on whether it moves on a paved or gravel surface, the robot initially removes snow with either a scraper or a rotating brush. A hard rubber auger then removes the snow from the gutter.

The S1 is capable of throwing snow at a distance of up to 3.7 m and removing snow up to a depth of about 30 cm. It automatically adjusts its speed depending on the depth of the snow. 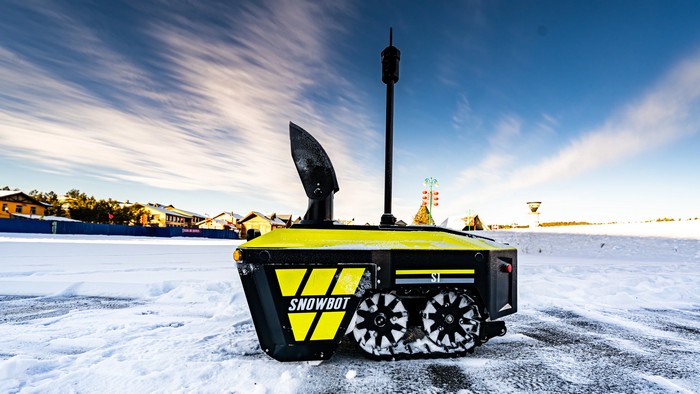 Snowbot S1 automatically adjusts its speed depending on the depth of the snow
(photo: Snowbot)

Using LiDAR sensors, the robot can detect obstacles and automatically stop and beep if it encounters “something” in its path. It will also stop if its auger becomes clogged with wet snow, branches or other debris.

A two-hour charge of its 36V / 31.2Ah lithium-ion battery should be enough for about 1.5 hours of operation. The entire platform weighs approximately 65 kg and is waterproof.

The company Snowbot is currently inviting beta testers to try out the cleaning robot and provide feedback on using the S1 in real life.

Weak and fainted: People's Deputy Yasko said that Saakashvili wanted to be transferred to prison

“Looks like a grandfather”: Nastya Kamensky stunned fans with a photo with a bearded Potap