Are telecommunications related to augmented reality? 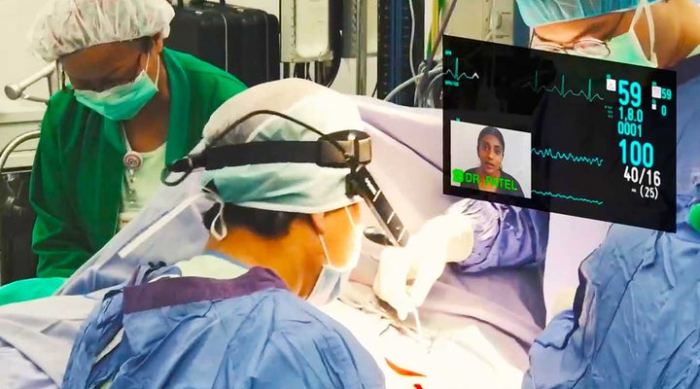 AR technology is on the verge of rapid commercialization with the help of telecoms
(photo: Vuzix)

The American telecom giant Verizon will partner with Vuzix – a well-known manufacturer of AR devices, which “andwarmed up ” in early 2019, when he presented his first pair of “smart ”glasses, ready for consumers.

Vuzix’s augmented reality technologies are designed for industrial applications. There is no major international technology exhibition that goes by without a demonstration of the company’s innovations.

What exactly Verizon intends to do with its new partner remains unclear Engadget. Both companies will commercialize AR technology for use in sports and game scenarios, especially those that involve training. The partnership will combine Vuzix’s new smart glasses Shield and the capabilities of Verizon’s 5G network.

The collaboration between Verizon and Vuzix could be a harbinger of a whole new trend in the technology world – the association of telecoms with AR technology manufacturers and entertainment providers to offer new digital experiences to consumers.

Portable augmented, virtual and mixed reality devices are positioned as one of the main beneficiaries of the speed and reliability improvements promised by 5G networks. The telecoms’ focus on games and sports is already a fact. Some of the most innovative offerings on the market can be expected to combine sports and games with elements of AR or VR through local 5G installations.

For example, stadiums can be equipped with densely spaced cells for fifth-generation networks that offer new forms of entertainment for fans through augmented reality opportunities.