He is already setting the rules of the game in the space economy, but others do not like it 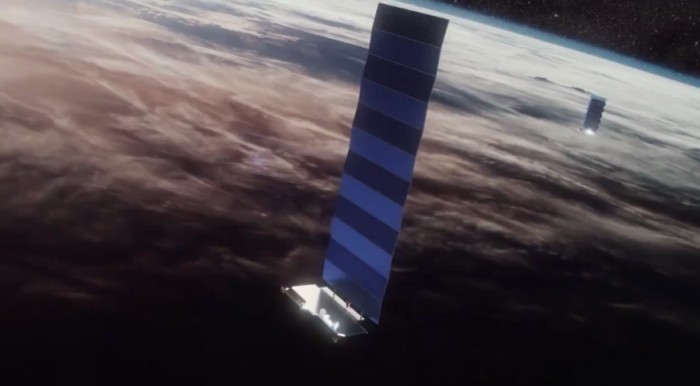 There is room for “tens of billions” of spacecraft around the Earth, says Elon Musk
(photo: SpaceX)

At the end of the year, in which big businessmen and celebrities flew into space, it was time to discuss the celestial “territories” and their management. China, with its ambition to build an international space station, the European Space Agency and the US private satellite Internet company Starlink, have become embroiled in a dispute over the regulation of the movement of artificial satellites on Earth. And this controversy will only deepen and heat up when all other aspirations to make satellite Internet networks, orbital hotels and space tourism are included.

Elon Musk has publicly responded to criticism that his Starlink satellites take up too much space. He announced that there could be room for “tens of billions” of spacecraft in orbit around the Earth.

“Space is a huge space and satellites are very tiny,” Musk was quoted as saying. Arstechnica. “This is not a situation where we are blocking others in some way. We have not prevented anyone from doing anything, nor do we expect such a thing to happen. “

Rejecting speculation that he was “seizing” space for future competitors in satellite communications, Musk compared the number of satellites in low Earth orbit to cars on Earth. Millions of vehicles travel across the earth without interference, Musk said. Above, in space, where space is much larger and on many “levels”, there is actually room for “tens of billions” of satellites. “Several thousand satellites are nothing. It’s like, hey, a few thousand cars on Earth – it’s just nothing, “said the head of Tesla.

The comments came shortly after China resented Musk’s satellites over fears it could hit its future orbital station. The country has complained to the UN about two cases in which there was a huge risk of a clash between Tiangong and Starlink satellites. ()

However, China’s anger is not the only source of discontent with Musk’s satellite program. Earlier this year, Josef Ashbacher, head of the European Space Agency, said Musk “sets the rules of the game” for the new “space economy”. In an interview with the FT, Ashbacher warned that Musk’s effort to fire as many communications satellites as possible was not accidental; this will leave fewer free radio frequencies and orbital slots for all other players.

The Starlink communications network now has nearly 2,000 satellites in orbit. Tens of thousands more are expected to be launched soon.

Astronomers around the world are also extremely unhappy with Musk’s bold plans and decisive steps to build a satellite Internet network. The time is approaching when one in every 15 lights in the night sky will be from an artificial satellite on Earth, experts warned.

Musk’s claim that several thousand satellites in orbit are “nothing” may sound frivolous or mocking to some. According to experts, such a comparison with cars and trucks on Earth is unbearable.

Spaceships move at speeds of the order of 17,000 miles per hour. They need much better planning of their movement and trajectories. It also takes some time to adjust their orbits if they turn out to be in collision, said Jonathan McDowell of the Harvard-Smithsonian Center for Astrophysics.

Potential collisions can only be identified shortly before the collision. This is because it is difficult to calculate the trajectory of many different satellites, and the trajectories are changing due to the influence of sunny weather, explains McDowell. For this reason, each orbital “layer” has room for no more than 1,000 satellites.

Laura Forcik, an analyst at the space consulting group Astralytical, says Musk’s comparison between satellites and vehicles on Earth is “careless.” However, she added: “In essence, he is right that this is a problem with traffic management.”

The race to launch new communications networks with thousands of satellites will only exacerbate the problem of traffic management soon. Precise coordination between countries will be needed to decide “how to allocate orbital space and how to manage space traffic,” Forchik said.