Negotiations Biden and Putin: the White House told about the results

The US President said that tangible progress in the negotiations is possible if the situation is de-escalated. 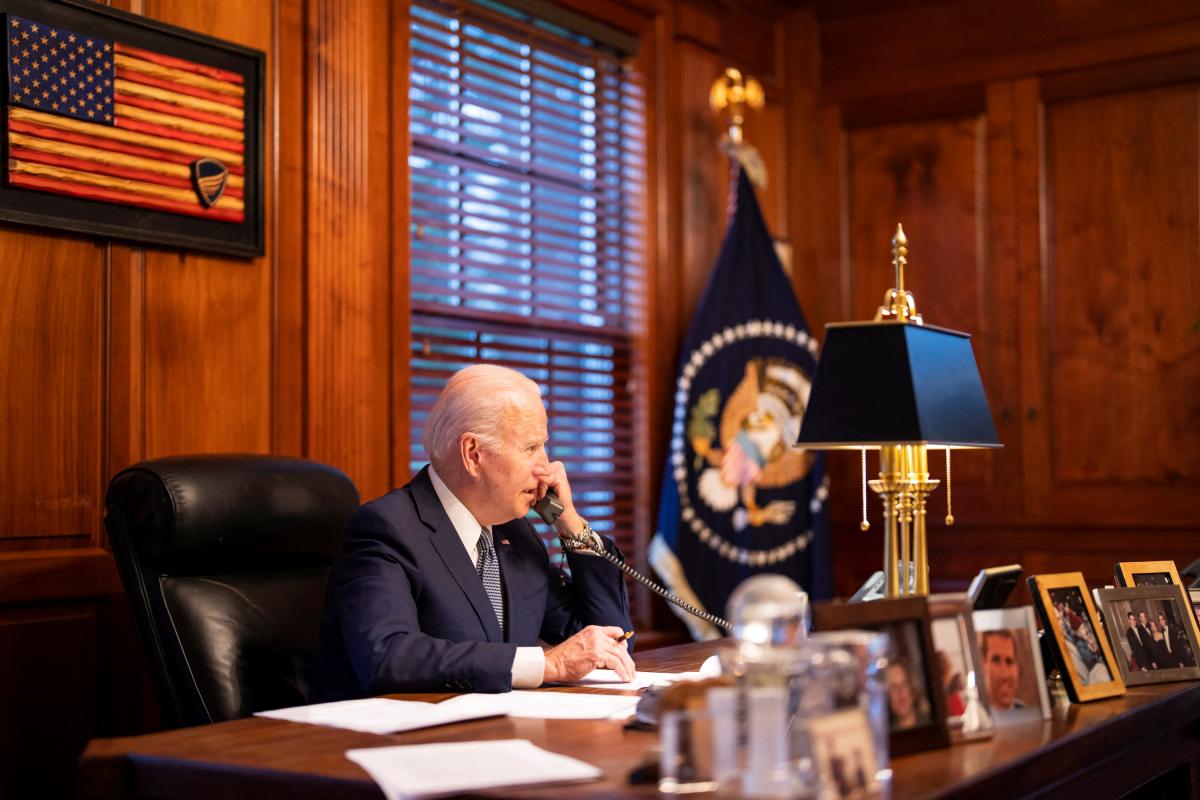 President of the United States of America Joe Biden called on President of the Russian Federation Vladimir Putin to reduce the tension in relations with Ukraine and warned of his readiness to react decisively in the event of an invasion of Russian troops in Ukraine.

This is stated in a statement White House Press Secretary Jen Psaki following a telephone conversation between the Presidents of the United States and the Russian Federation.

“President Biden has urged Russia to reduce tensions with Ukraine. He has clearly stated that the United States and its allies and partners will react decisively if Russia invades Ukraine deeper,” the statement said.

In addition, the American leader expressed support for diplomacy – early next year from a bilateral strategic dialogue on stability, then with the participation of the North Atlantic Treaty Organization within the NATO-Russia Council, as well as within the OSCE.

“President Biden reiterated that tangible progress in these dialogues can only occur in the context of de-escalation, not escalation,” the statement said.

As UNIAN reported earlier, on December 7, negotiations between the presidents of the United States and the Russian Federation took place with the help of a closed video communication channel. During the conversation, Biden warned the Russian president about serious economic and other measures in the event of an increase in military activity on the border with Ukraine.

EU and US launch internet reform