Ice was even inside the cars. 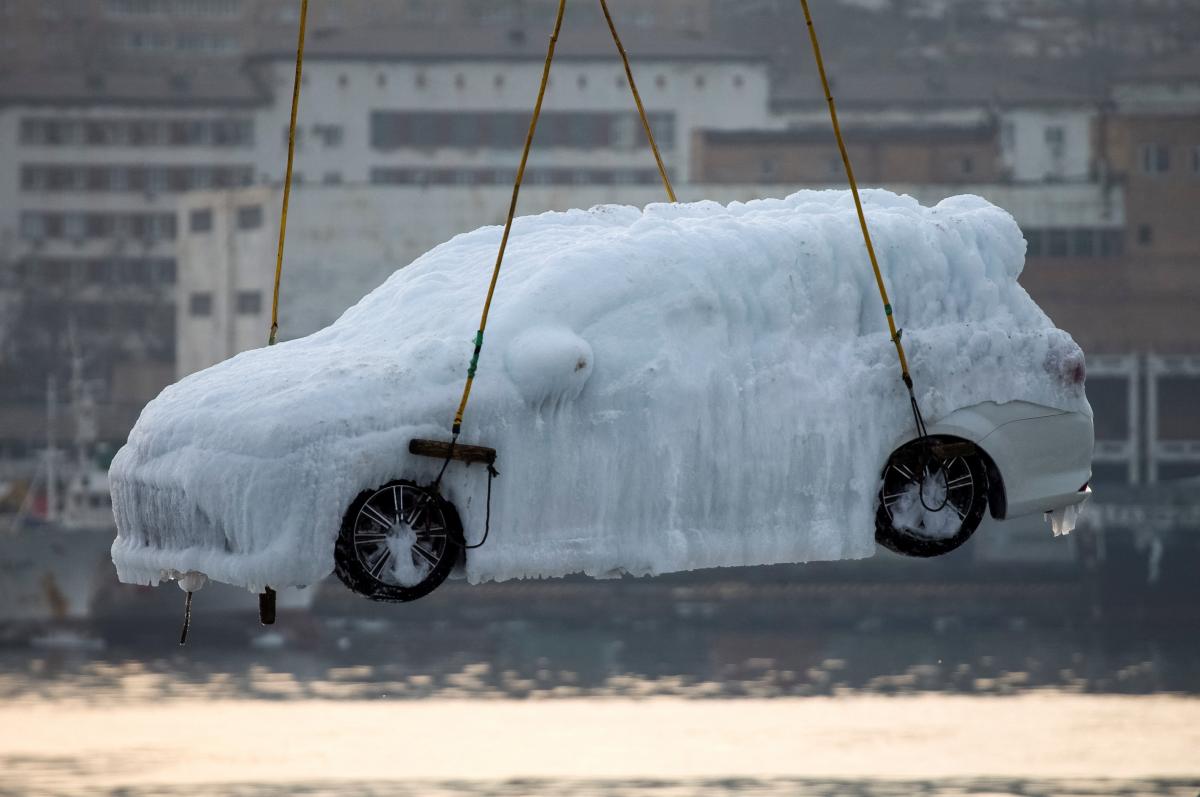 A batch of cars from Of Japan covered with a thick layer of ice on the way to the Russian Vladivostok. The machines literally turned into ice sculptures.

This is reported by the edition Daily Star.

The vessel was sailing through the Sea of ​​Japan to Vladivostok, where the air temperature dropped to -19. The cars, upon arrival at the port, were already covered with ice up to 15 cm thick.

Ice was even inside the car. In this case, the car door is dented, and the glass is broken. Presumably, the ice crust was formed due to the fact that water got into the car during the crossing.

It is noted that cars often arrive at the port in a similar state not for the first time due to difficult weather conditions. Sailors break the ice before unloading vehicles from the ship. Sometimes it is even necessary to resort to forceful methods, as a result of which vehicles are damaged.

As UNIAN previously reported, in Russia in one of the cities in the Nizhny Novgorod region, an invasion of blue dogs. According to the community, packs of blue dogs roam around the local Dzerzhinskoe Plexiglas plant. Apparently, the dogs turned blue after they bathed in production waste.