Stepan Bandera: how he became a symbol of the struggle for the freedom of Ukraine

What myths about Bandera are true, and what are just speculations, explained Mykola Posyvnych, candidate of historical sciences, researcher of the Ukrainian liberation movement of the 20th century. 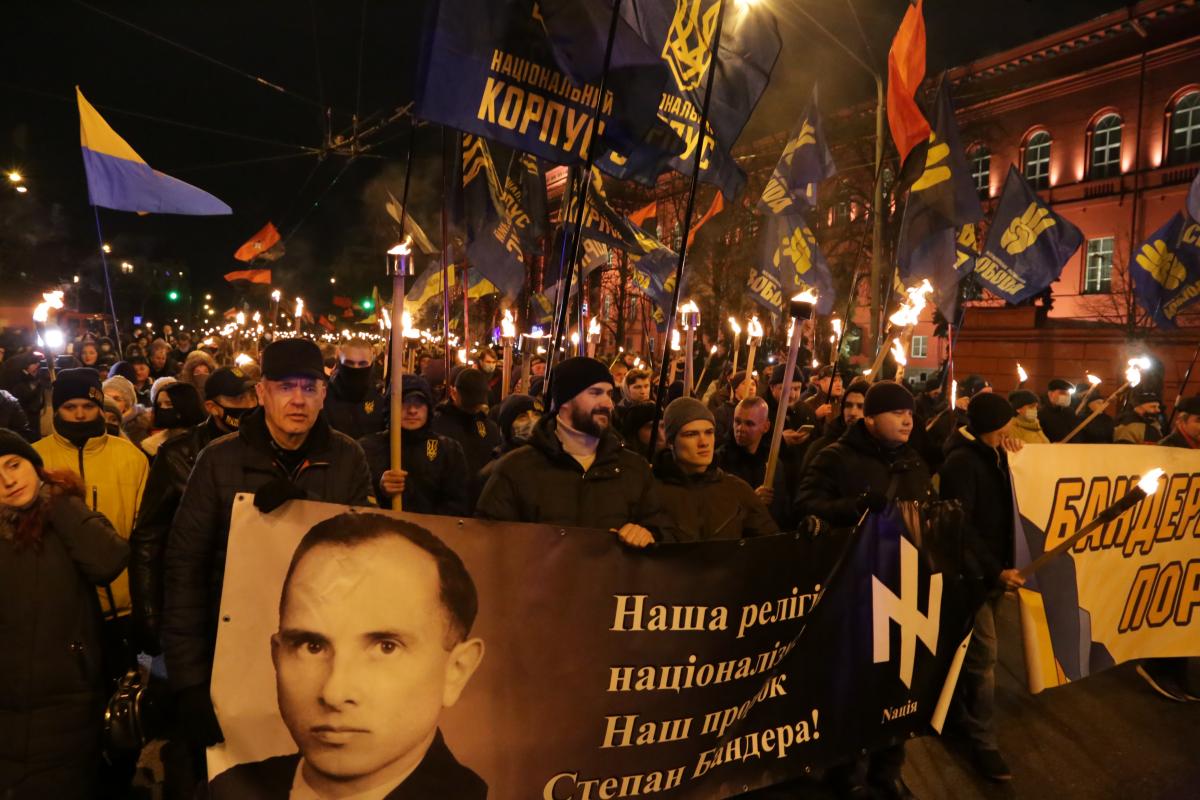 Stepan Bandera’s birthday, or Why the holiday of January 1 is a symbol of the liberation of Ukraine. Photo by Denis Pryadko, UNIAN

January 1 is a special holiday in Ukraine: our country celebrates the birthday of Stepan Bandera – an extraordinary and versatile personality. There are many myths and legends about him. Which of them is true, and where is idle speculation, in the commentary to UNIAN, the candidate of historical sciences, researcher of the Ukrainian liberation movement of the twentieth century Nikolai Posyvnych explained.

Read alsoWhy Ukrainians are warriors: 30 battles for Ukraine for the sake of life and freedom“This cliché was in the enemy propaganda 70 years ago and still exists today. Even in the underground, publicist Pyotr Fedun (pseudonym – Peter Poltava, Deputy Chairman of the General Secretariat of the Ukrainian Main Liberation Council, a member of the OUN and a member of the OUN-UNIAN Lead) wrote a propaganda campaign in 1948 -publicistic work “Who are Bandera and what are they fighting for?” it upsets him, it is to be an icon of the liberation movement, even to be a model is the hardest thing in life, to be such a saint to propagandize ideas and be a standard and a model. And, in fact, now in Ukraine he has become such an icon, “the historian believes.

At the same time, the expert emphasized that for our enemies – the Russians – Bandera is an “anti-icon”, because he was one of the most successful symbols, was, as it is fashionable to say now, the manager of the liberation process. Therefore, hostile propaganda made him the personification of all fighters against the occupation – it is much easier to fight against one person on the propaganda front: they say, if it were not for Bandera, the Ukrainians would not have fought.

“Therefore, these words – Bandera, Bandera – are such a good informational tool when you can deliberately manipulate them, and it is much easier to fight against one person than against hundreds of thousands,” – explained the researcher of the Ukrainian liberation movement.

January 1, 1909 – it was on this day that Stepan Bandera was born into the family of a Greek Catholic priest in the village of Stary Ugryniv (located on the territory of the modern Ivano-Frankivsk region, and at that time it was part of the Austro-Hungarian Empire).

With an active political position, Stepan went to his father: he also actively participated in political life, at one time he was an ambassador to the parliament of the ZUNR – UNR in Stanislav.

Bandera studied at the gymnasium, then until 1933 he studied at the agronomic department of the High Polytechnic School in Lvov. Even then, the Polish authorities took the guy “on the pencil” for his participation in Ukrainian national initiatives. Bandera did not succeed in graduating from the Polytechnic School: he was arrested on the eve of the diploma exam.

Bandera joined the Organization of Ukrainian Nationalists (OUN) back in 1929, and four years later became the official regional guide of the OUN in the Western Ukrainian lands.

In the OUN, Bandera showed himself as a radical politician: for example, he organized several political assassinations (including Alexei Mailov, secretary of the USSR consulate in Lvov, as an OUN response to the Holodomor in Ukraine).

In 1936, Bandera was sentenced to life imprisonment, but after the capture of Poland by Germany in 1939, the politician was released. During this period, Bandera was working to expand the network of the liberation organization to the entire territory of Ukraine – but these plans were not destined to come true: a split begins in the organization.

Part of the OUN, which finally came under the leadership of Bandera, was called “Bandera” or OUN (b). With the help of these supporters, Bandera dreamed of creating an independent Ukrainian state on Western Ukrainian territory. He announced its creation on June 30, 1941 in Lviv – but the German authorities did not support such a decision. Bandera is arrested and thrown into the Sachsenhausen concentration camp.

After that, the Ukrainian units of the UPA (finally formed in the spring of 1943) begin to fight not only against the Polish and Soviet partisans, but also against the German occupation. At the same time, Stepan himself has never personally headed the UPA.

Bandera was released in 1944. And immediately returned to activities in the OUN.

In 1959, Bandera was killed in Munich, where he spent the last years of his life. For Bandera’s death, Soviet agent Bogdan Stashinsky is responsible.

As the birthday of Stepan Bandera is celebrated in Ukraine

January 1, Bandera’s birthday, in Kiev it has already become a tradition to arrange a torchlight procession in honor of a national leader.

In Lviv in honor of this event, a folk veche is organized near the Bandera monument, as well as a prayer service for the fate of Ukraine.

Zelensky in New Year's speech named the main goals for 2022

Write-off of funds for the needs of the Armed Forces of Ukraine: Ukrainians were warned about another fake about the work of banks