The fire in Kazakhstan was quickly extinguished, no one was hurt. 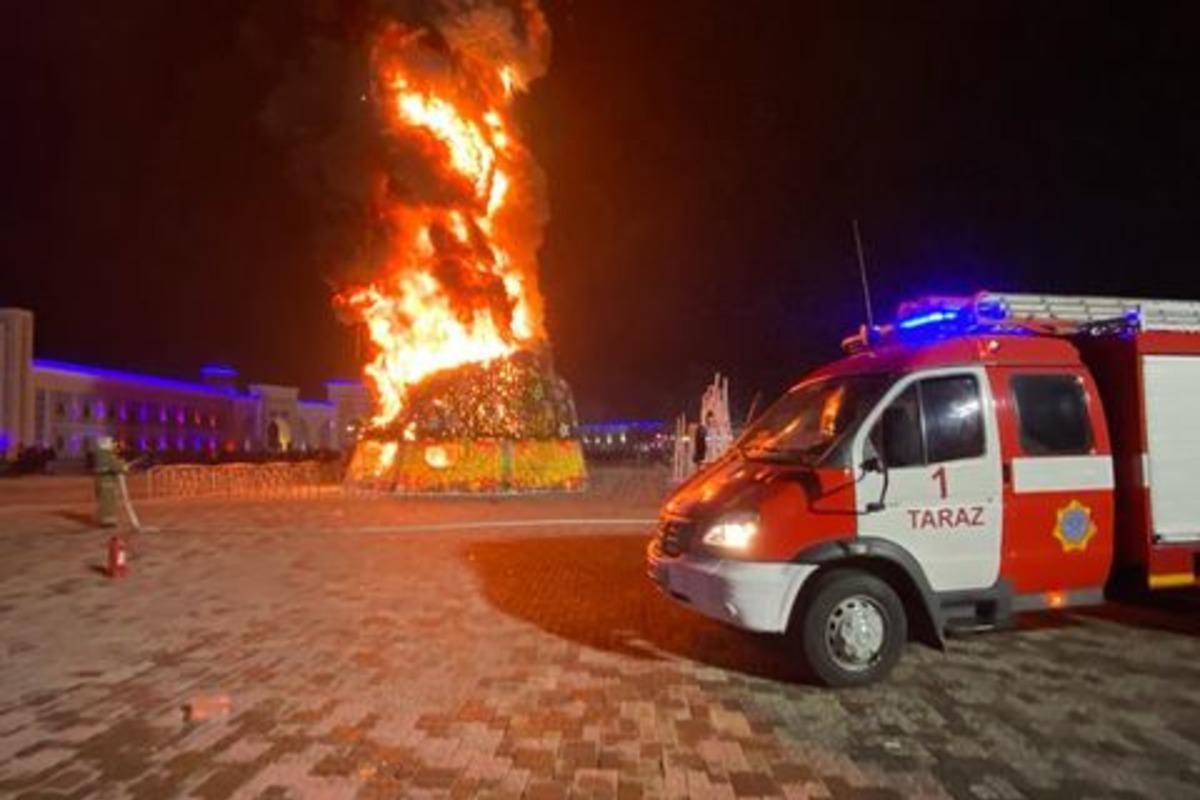 In one of the cities of Kazakhstan, a Christmas tree burned down / photo instagram.com/jambyl_tjd

On the night of January 31 to January 1, an artificial New Year tree burned down in the city of Taraz, which is the administrative center of the Zhambyl region of Kazakhstan.

A fire on New Year’s Eve happened on Arbat Square at 00:06, there were no casualties and injuries, according to the page in Instagram Department of Emergency Situations of the Zhambyl region.

Read alsoGas explosion kills six people at a mine in KazakhstanAccording to him, the fire covered an area of ​​15 square meters. The fire in Kazakhstan was extinguished at 00:20, its cause is still unknown.

14 rescuers went to the scene of the fire emergency, four pieces of equipment were involved.

In the Telegram channel “Rise” there were videos showing how a Christmas tree was burning in Taraz on New Year’s Eve. The video shows that during the fire, a huge column of black smoke rose into the sky.

Let us remind you that in early November it became known that a powerful explosion took place in a two-story cafe in the Kazakh city of Aktau. As a result of the explosion, nothing was left of the building.

Stabbed in the chest: in Lviv, a tenant killed a tenant on New Year's Eve

Zelensky reacted to the return of foreign diplomats to Kyiv

The war will go beyond the borders of Ukraine – Arestovich