An act of anti-Semitism recorded in Kiev (photo)

Due to an act of anti-Semitism in the capital, the United Jewish Community of Ukraine will contact the police. 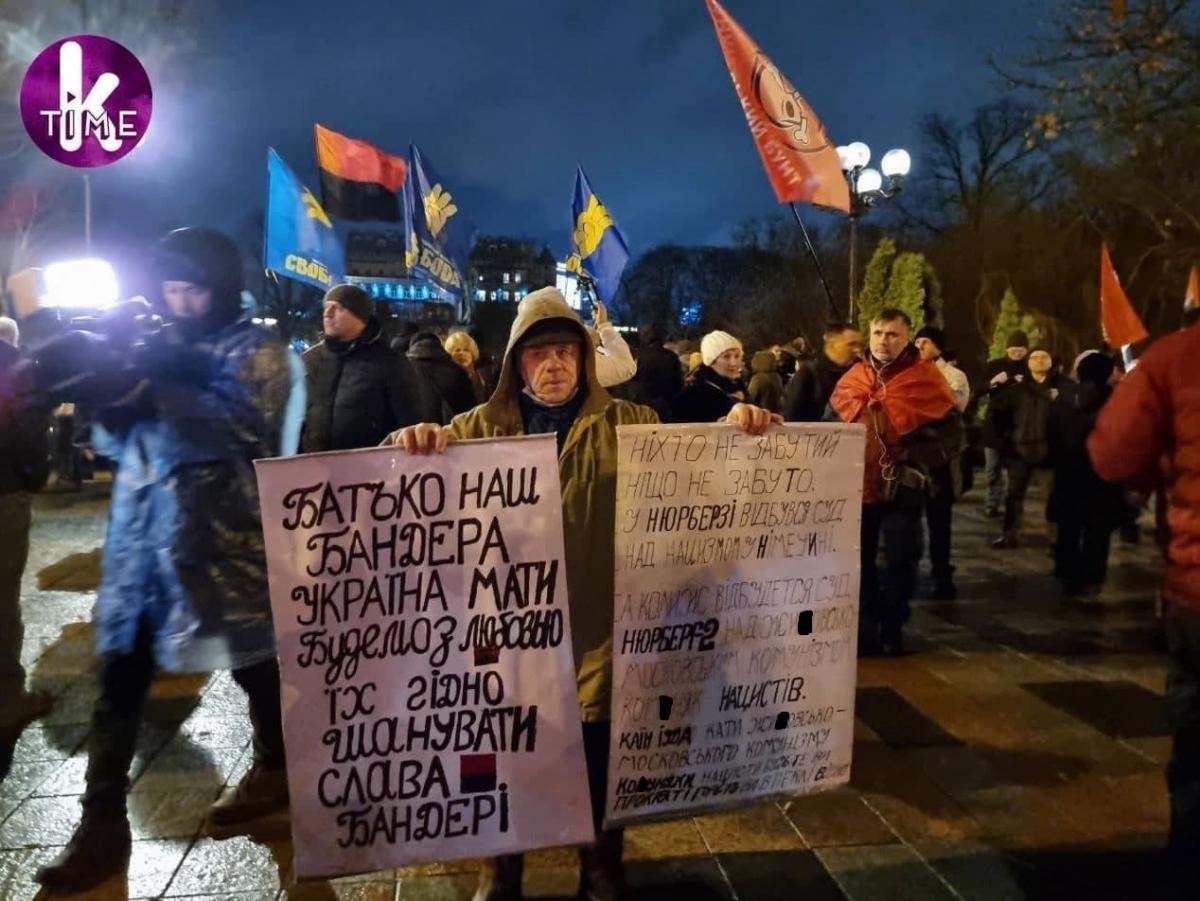 An act of anti-Semitism was recorded at a torchlight procession in honor of Stepan Bandera’s birthday.

The United Jewish Community of Ukraine reported on the act of anti-Semitism in the capital on its Telegram channel.

According to her, one of the participants took part with a poster of approximate content: “The trial of Nazism in Germany took place in Nuremberg. And when will Nuremberg-2 take place over Zh * ovsko-Moscow communism?”

According to Article 2 of the Law “On Preventing and Countering Anti-Semitism in Ukraine,” public statements related to the condemnation of persons of Jewish origin as collectively responsible for real or perceived offenses committed by one person or group of persons, regardless of ethnicity or religion, are a manifestation of anti-Semitism.

The United Jewish Community of Ukraine will apply to the Kyiv City National Police Directorate with a statement to open criminal proceedings under Art. 161 of the Criminal Code of Ukraine.

German Foreign Minister: Peace on Putin’s terms will be an invitation to the next war