For example, Paris canceled the fireworks show, and in London it was televised. 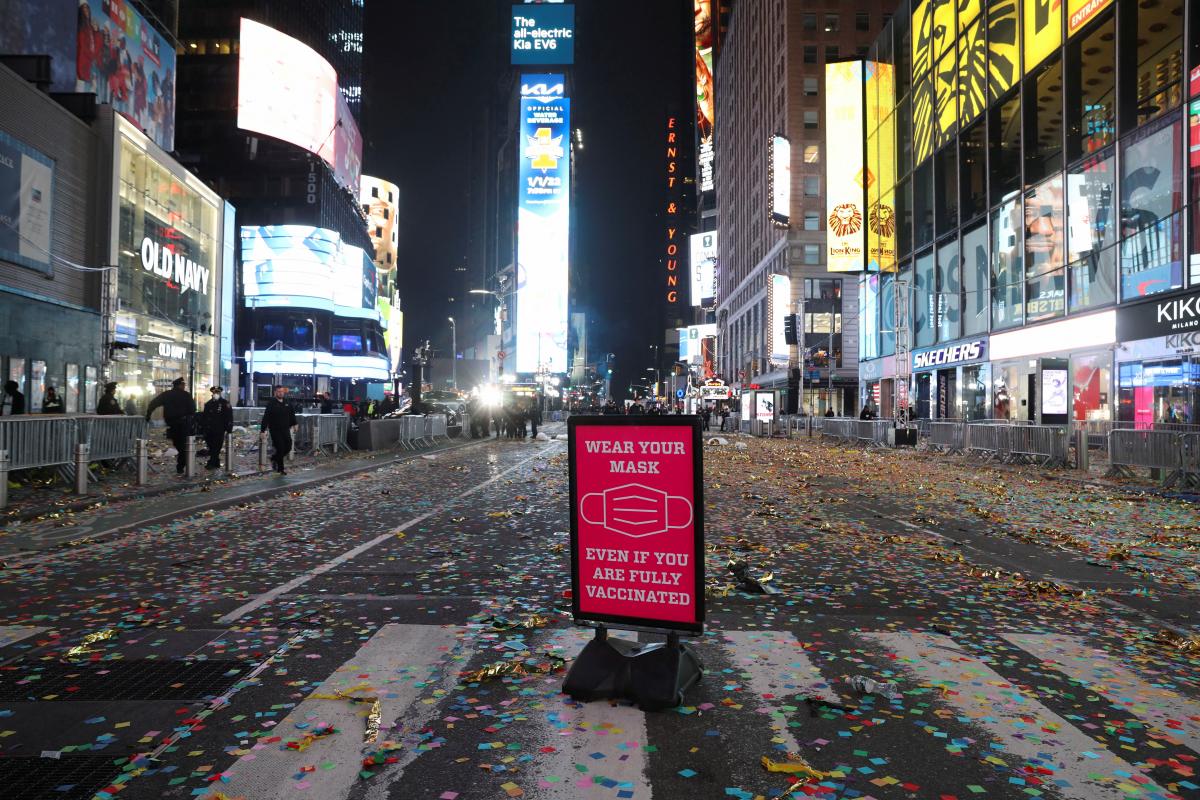 A new strain of coronavirus “Omicron“darkened the New Year holidays in many countries of the world.

So, Paris canceled the fireworks show, in London it was broadcast on television, and in New York, the number of viewers was limited when the famous time ball was launched in Times Square, reports Reuters.

This year, as always, the illuminated balloon slid down the 23-meter flagpole at midnight in Times Square, but only 15,000 spectators were allowed into the official viewing area instead of the usual 58,000.

Read alsoAirlines cancel thousands of flights amid Omicron coronavirus – mediaOn New Year’s Eve, New York reported a record 44,000 cases on Wednesday and 43,000 more on Thursday, which made some question whether the celebration was worth holding at all, but city officials decided that an outdoor party for vaccinated people was in social distance and mask mode is safe and a better option than the actually canceled 2021 celebration.

In other parts of the world, events have been scaled back or canceled altogether, such as the traditional fireworks display over the Petronas Towers in Kuala Lumpur.

Midnight passed in Paris with no fireworks or DJs scheduled as city officials canceled scheduled events on the Champs Elysees following advice from a research group that declared mass gatherings too risky.

In the Netherlands, where it is forbidden to gather in groups of more than four people, the police dispersed several thousand people demonstratively gathered in the central square of Amsterdam.

In London, where the fireworks and light shows were canceled back in October, it was announced on Friday that the spectacle will come to life on TV.

People in Madrid lined up for hours to get to the main square, Puerta del Sol, where the celebrations took place with multiple checkpoints, mandatory mask wearing and 60% normal throughput.

In Asia, celebrations have generally been reduced or canceled. In South Korea, the traditional midnight ringing ceremony has been canceled for the second year in a row, and celebrations have been banned in Tokyo’s sparkling entertainment district of Shibuya.

China, where the coronavirus first emerged in late 2019, was on high alert with Xi’an city on lockdown and New Year’s events in other cities canceled.

We will remind, the Italian government announced tougher quarantine restrictions. The new rules will apply to citizens who have not been vaccinated against the coronavirus and have not been sick. So, from January 10 to March 31, only those who have completed the full course of vaccination against COVID-19 or have recently been ill will be able to get into most institutions.

Water tariffs are increasing in Ukraine from today

Robot manufacturers are suing for patents

“The leadership is tightly upholstered”: Gordon assessed the likelihood of a Russian attack on Ukraine