Realizing his loss, he abruptly leaned on the back of his chair and flew to the ground. 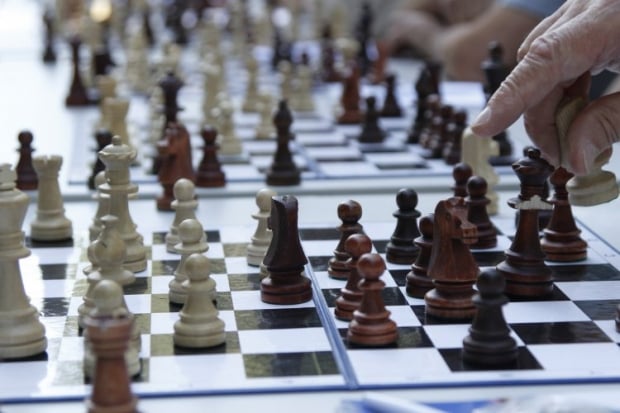 Pole embarrassed at a chess tournament / Photo from UNIAN

Pole Pavel Tetslaf found himself in a curious situation at the World Rapid Chess Championship in Warsaw. The man was so disappointed in defeat that he fell off his chair.

The video with the participation of the chess player appeared on the Web.

Read alsoWhen they are naughty: “The Grinch” ordered the children to steal the attributes of Christmas (video)During one of the matches, Pavel lost to his opponent from Armenia Tigran Petrosyan. It seems that the defeat for her husband was extremely unexpected. Realizing his loss, he abruptly leaned on the back of his chair and flew to the ground. At the same time, there were vivid emotions on the Pole’s face.

The opponent gave his hand to the man, but it was too late. The fall could not be avoided.

The video of the man went viral on social media. Although Pavel did not become the winner of this game, he definitely deserved to be a star of the Net.

As UNIAN previously reported, 38-year-old American Adam was asked to get off the plane, flying from Fort Lauderdale to Washington, because he put on women’s red panties instead of a face mask.

Economic balance of 2021: old problems and new challenges for Ukraine

Zelensky: export of electricity from Ukraine can replace significant volumes of Russian gas in the EU

Battle for Donbass: invaders are trying to break through the defense of the Armed Forces of Ukraine, fighting is going on