The Canadians have removed the youth teams of Russia and the Czech Republic from the flight to Frankfurt am Main. 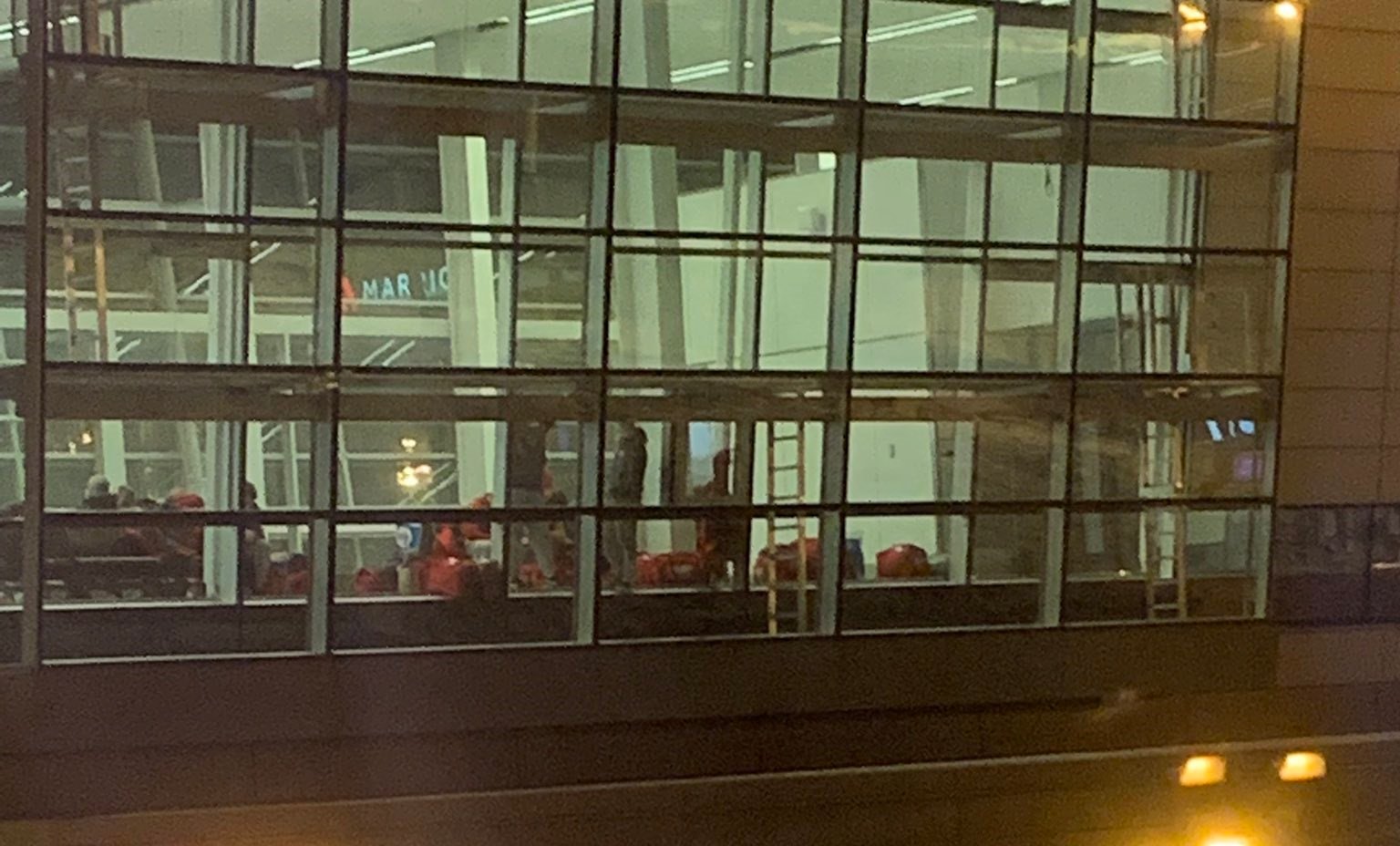 The World Youth Championship, which was held in Canada, was canceled due to massive outbreaks of COVID-19 / photo twitter.com/svtlehmann

Hockey players the youth teams of Russia and the Czech Republic were removed from the flight from the Canadian Calgary to Frankfurt am Main.

As reported on her page in Twitter Marie Lehmann, a journalist for the Swedish TV company SVT, on the same flight, was among the reasons for drunkenness, smoking and refusal to wear medical masks.

She also posted photos from the scene.

According to the Russian federal sports TV channel “Match TV“, two national teams flew from Calgary to get to Frankfurt, and from there – home, to the Russian Federation and the Czech Republic.

Read alsoAt the World Chess Championship, a Ukrainian forced a Russian to throw pieces (video)The source of the TV channel says that many Czech hockey players were drunk and carried alcoholic drinks with them, and among the Russians there were no heavily drunk people. However, the head coach of the Russians, Sergei Zubov, smoked as he walked through the boarding sleeve on the plane. In addition, not all hockey players were wearing masks.

As a result, the Canadian airline removed both teams from the flight. The expenses were borne by the organizers and the International Ice Hockey Federation, and the national teams have already taken tickets for the next day. Russians and Czechs from Calgary will fly to Toronto, from where they will get to Frankfurt.

A similar incident already happened in 2011, when the Russian youth team was returning home from Buffalo, and the American air carrier accused the hockey players of being drunk. Then the team was also removed from the flight.

The head coach of the Russian youth ice hockey team commented on the new incident to reporters.

“There is nothing special to comment on. The team will fly home to Russia in an hour. Everyone is safe and sound. Probably, someone really needs to exaggerate what actually happened. Many guys from both teams wore masks incorrectly. After repeated reminders, the airline decided to take it off. both national teams from the flight. Stop, what kind of cigarettes? I quit smoking three years ago, “said Sergei Zubov.

At the same time, the manager of the Czech national team Ota Cerny says that his hockey players bought souvenirs before departure and called home, and the Russian players were sitting in the bar, reports isport.cz… He claims that the Czechs were removed from the flight after passengers complained about the behavior of the Russians, as the teams had almost identical gray sweatshirts from the organizers of the championship.

As UNIAN reported earlier, the World Youth Championship, which was held in Canada, canceled due to massive outbreaks of COVID-19.

Three national teams at once became victims of mass infection with coronavirus infection – the teams of the USA, the Czech Republic and Russia. They were even awarded technical defeats due to the fact that they did not show up for the match of the 3rd round of the group stage.

Israel condemned the torchlight procession in honor of Bandera

Russians shelled Sumy region from mortars and artillery 40 times: there is destruction

Wedding in 2022: superstitions, rituals for a happy marriage and lucky days