“Tiger on a Christmas tree”: in Krivoy Rog, a man “lit” on a decorated tree (photo, video)

The man did not need the help of rescuers. 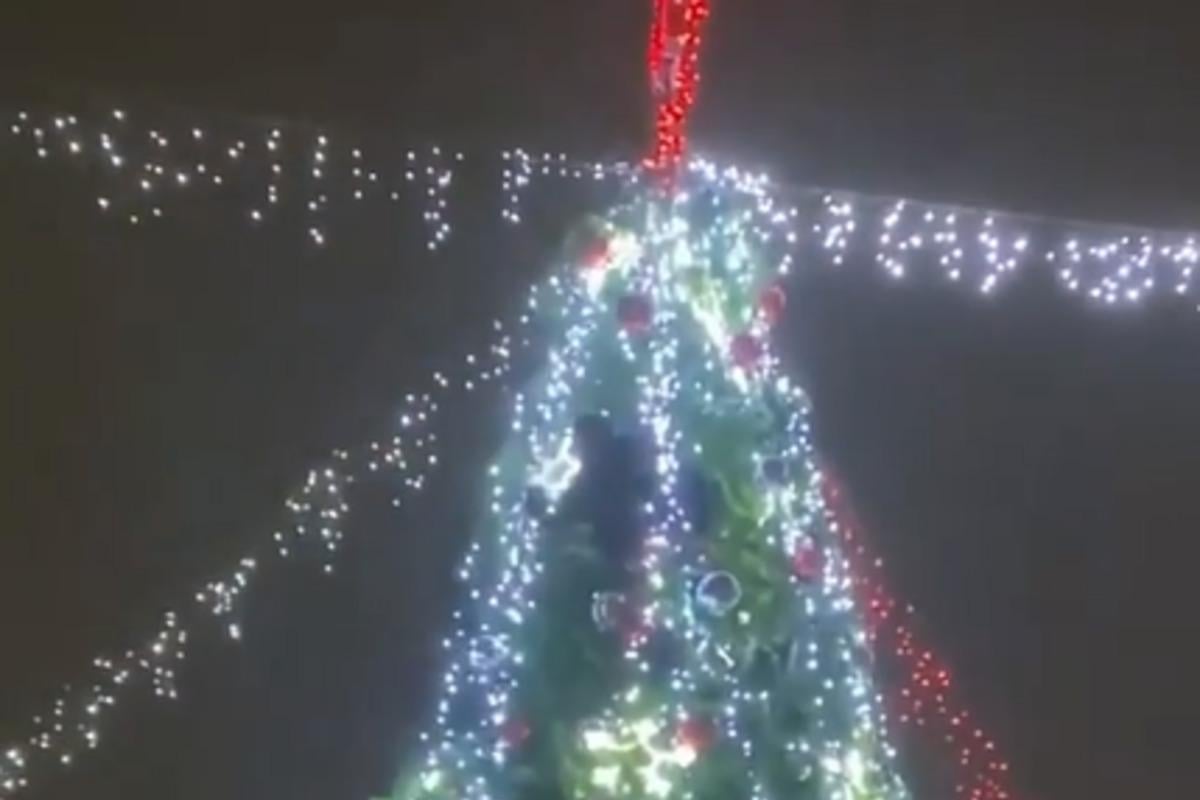 In Kryvyi Rih, a man climbed onto a decorated Christmas tree / screenshot

In the Inguletsky district of Krivoy Rog, Dnepropetrovsk region, on the night of December 31 to January 1, a local resident climbed onto a New Year tree.

A curious incident in Krivoy Rog happened on Pobedy Avenue, near house number 11, writes “The first city” with reference to the data of the rescuers of the Krivoy Rog region.

According to the newspaper, the rescuers were informed at 01:40 that the man climbed onto the New Year tree, could not go down, and needed help.

When the rescuers arrived, the man did not want to be helped. A local resident climbed down from the holiday tree himself.

V Instagram a video appeared showing how a man was “lighting up” in Krivoy Rog at a New Year’s tree. In particular, it can be seen that the man was almost lying on the garlands.

Internet users commented on the incident in different ways.

Earlier, a curious incident related to Christmas trees occurred in the Transcarpathian region. A man from the village of Naraev in Berezhanshchina “decorated” several dozen trees with manure in order to protect them from intruders.

January 2, 2022 - what a holiday today, signs and birthday people, what cannot be done today