World is heading for biggest mass extinction since dinosaurs – WWF 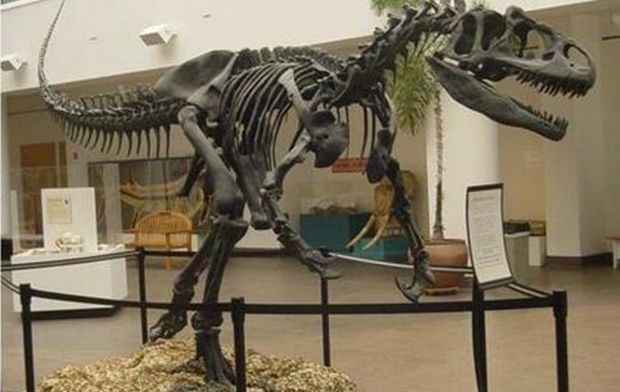 The World Wildlife Fund (WWF) said the world is approaching the largest mass extinction since the dinosaurs, which will bring millions of plants and animals to the brink of extinction over the next decade.

The organization warns of a “catastrophic escalation” of the environmental crisis, reports Daily Mail.

According to the environmental organization’s report on the results of 2021, African elephants, polar bears, some sharks, frogs and fish are at risk.

At present, 142.5 thousand species are included in the Red List of the International Union for Conservation of Nature (IUCN), and 40 thousand of them are “endangered.”

This is the largest since the list was compiled in 1964.

WWF warns of “catastrophic escalation in global species extinction” and calls for a new global conservation pact to be signed.

The African forest elephant is among the animals most at risk of extinction after declining 86% in 31 years.

According to WWF, polar bears are also under threat due to the rapid melting of the pack ice of the Arctic Ocean.

Overfishing, loss of habitat and the climate crisis have resulted in a 30% reduction in all sharks and rays.

According to experts from the organization, by the summer of 2035, glaciers may completely melt in the Arctic.

Despite the harsh warnings, WWF says there is a “ray of hope” after a series of success stories this year.

The number of Indian rhinos in Nepal has increased thanks to dedicated conservation efforts. In cooperation with the government, protective measures have been introduced and the number of rhinos has increased by 16% since 2015.

Read alsoChinese man found biological mother 33 years after kidnappingAlso, the number of individuals of the Pyrenean lynx has increased 10 times over the past 18 years.

The resettlement program has contributed to a dramatic increase in the number of bearded vultures in the Alps.

Earlier, UNIAN already reported that the bloodthirsty squirrel staged terror to the inhabitants of a small town. She ripe bit 18 people until she was caught.

Currency exchange: in Germany, from May 24, Ukrainians will be able to change cash hryvnias into euros

Zhdanov answered how long the Russian troops would “stretch” in Kherson