The man was barefoot, and only in sweatpants.

A half-naked man with a gun was detained in the center of Odessa.

The journalists were informed about this in Department of Municipal Security of the Odessa City Council.

It is noted that the barefoot man, who was wearing only sweatpants, was seen late last night by the guards of the municipal institution “Municipal Guard” near the “Vorontsovsky” post.

Odessa, born in 1981, in this form he walked along the street, and in his hands he had 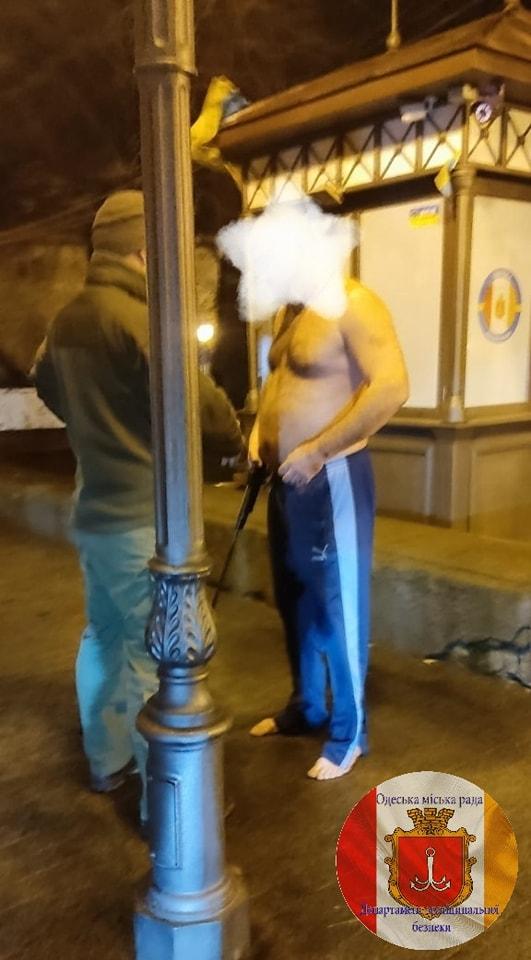 Photo Department of Municipal Security of the Odessa City Council

Read alsoThey searched with the police: in the Kharkiv region, the mother gave the three-year-old girl to the forty-year-old man

The man was detained and summoned by law enforcement officers who took him to the Primorsky police department of Odessa to clarify all the circumstances of the incident.

Microsoft is preparing for the recent end of Windows 8.1

Day of the bank worker 2022: congratulations in verses and postcards