Heavy loss: the name of the soldier who was killed by the militants on December 31 was named

Junior Sergeant Stanislav Andreevich Boguslavsky died on the eve of the new year. 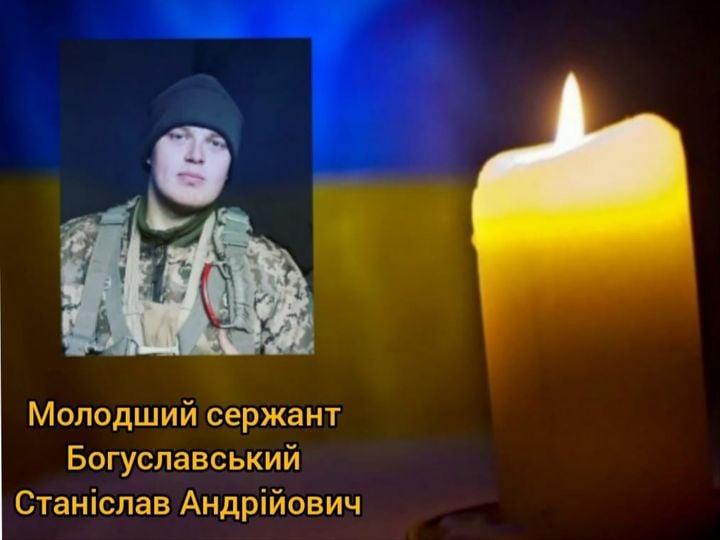 As a result of enemy shelling on December 31, 2021, a serviceman of the 25th separate airborne assault brigade of the Airborne Assault Forces of the Armed Forces of Ukraine, junior sergeant Stanislav Andreevich Boguslavsky was injured, incompatible with life.

About this on the page in Facebook reported the command of the Airborne Assault Forces of the Armed Forces of Ukraine.

“This is a heavy loss for each of us … Junior Sergeant Boguslavsky S. A. was a sincere, open person, always ready to lend a helping hand to his brothers, among whom he enjoyed respect and authority. But the enemy, with his insidious actions, ended the life of a paratrooper, a patriot, a real son of his people … “, – the message says.

The command expressed deep condolences to the family and friends of the defender of Ukraine.

Eternal memory to the hero …

As UNIAN reported earlier, in Donbass on December 31, as a result of shelling by the invaders a Ukrainian soldier was killed.

As UNIAN reported earlier, a 20-year-old native of the city of Korosten, Igor Tychina, died in Kharkiv, who was wounded by a Russian sniper on December 27 in the JFO zone.

Kuleba said that will be a turning point in the war

The new moon on July 28 will bring good luck: astrologers have named the signs of the Zodiac, which are waiting for positive news