5 knockdowns for two: Ukrainian boxer knocked out an opponent in the second round (video) 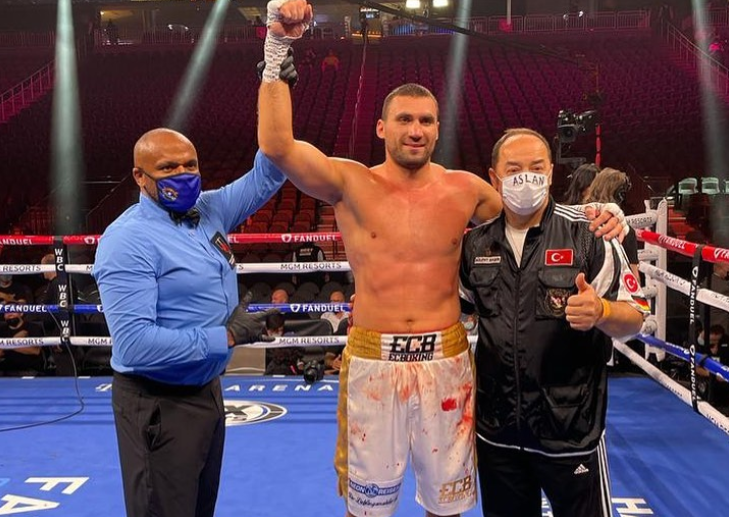 29-year-old Ukrainian heavyweight champion Viktor Vykhrist has knocked out in the second round an experienced 35-year-old opponent from Georgia Iago Kiladze.

The fight turned out to be incredibly bright and took place on the night of Sunday, January 2, in Hollywood, in the US state of Florida.

The boxers made a real “hack”. In the first round, they both got knocked down once! In general, the audience saw 5 knockdowns in less than 6 minutes: 2 times the referee counted for Viktor, three times for the Georgian.

The referee stopped the fight in the 2nd round after another fall of Kiladze, worrying about his health. The Georgian disagreed with the referee’s decision and, out of emotion, hit the referee with a glove.

Note that for Vykhrist this was the first knockdown in his career in general. Victor won the ninth victory in the pro-ring, 7 of which were ahead of schedule. He is invincible. Kiladze has 26 victories and six defeats.

Viktor Vykhrist: what is he known for

January 3: what a holiday and customs are today, what cannot be done

In Ukraine, they want to simplify the issuance of electronic sick leave again