The first fire, which began on Sunday morning, led to the collapse of the roof of the new wing. 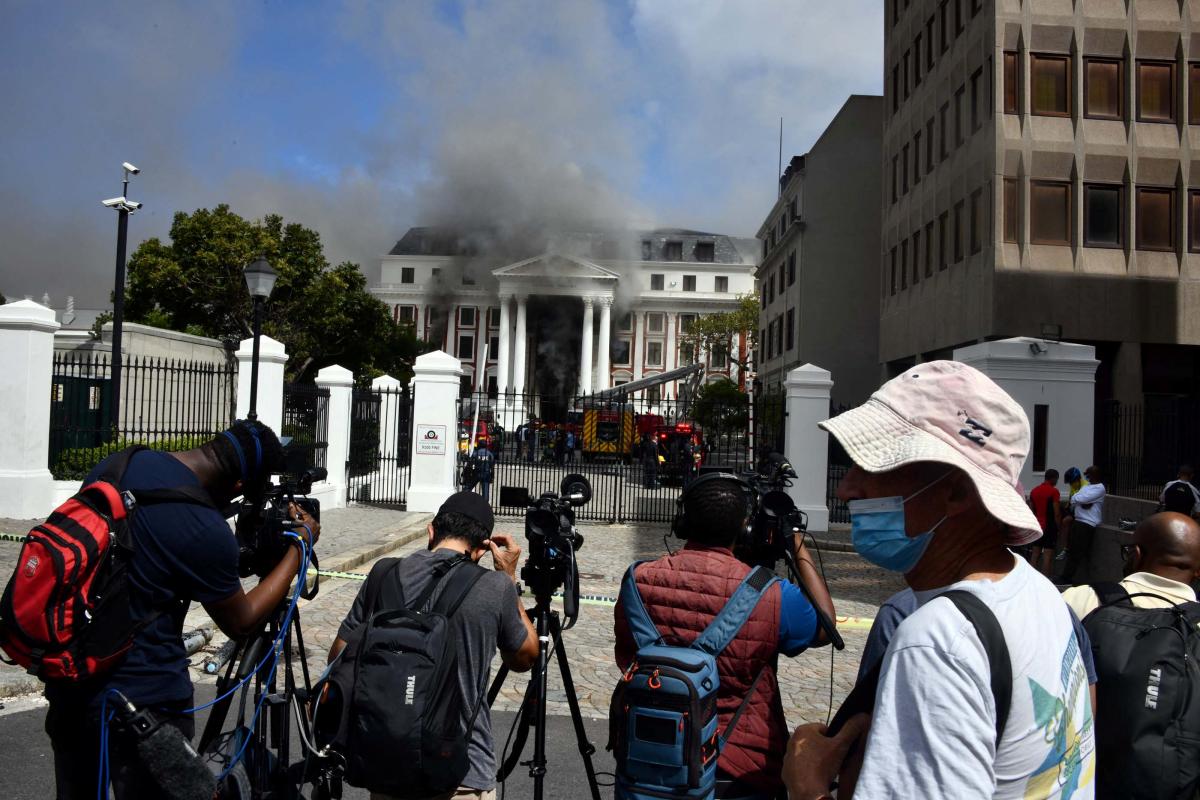 In South Africa, there was a new fire in the parliament building / photo REUTERS

In the capital of South Africa, Cape Town, in the complex where the two chambers of the national parliament are located, a new fire broke out today, January 3.

“The fire and rescue service confirms that a fire has broken out in the parliament building. A void under the roof of the National Assembly is burning,” a spokesman for the city’s fire services said Monday afternoon.

The first fire, which began on Sunday morning, led to the collapse of the roof of the new wing. The roof of the Old Wing, which was built in 1884 and which houses the Upper House of the National Assembly of Provinces, has also partially collapsed.

Read alsoBiden could not get out of the plane for about half an hour: what happened (video)However, important sections, including a museum with art and cultural heritage, have been saved, as has an embroidered tapestry telling the history of the Eastern Cape on the ground floor of the old Assembly building, officials said.

Police charged the 49-year-old man with arson and other crimes, including theft. According to law enforcement officers, the suspect entered parliament through a window in one of the offices.

As UNIAN reported earlier, on January 2 in Cape Town the roof of the South African parliament collapsed as a result of a strong fire.

Was not afraid of people: in the Volyn region, poachers killed a swan for fun

One day of war with Ukraine costs Russia $900 million – Newsweek