“Do not park anywhere”: in Kharkov public utilities “buried” the car in the snow (video)

Previously, drivers were asked not to interfere with the work of snow removal equipment. 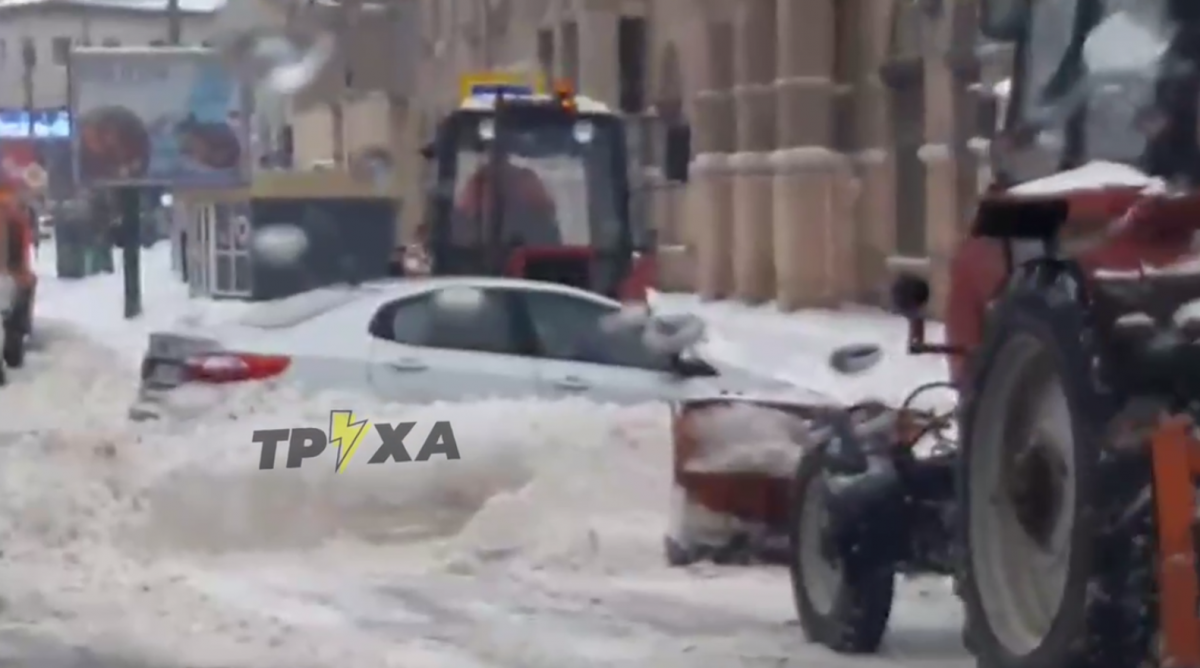 A car was buried in the snow in Kharkov / Screenshot

In Kharkov, workers of the municipal service “buried” a passenger car parked on the road in the snow.

The video of the incident was published on the Telegram channel DUST.

The video shows how snowplows are compacting snow from the roadway near a Kia passenger car.

“This is what happens to the naughty ones who abandoned the car and need to be cleaned. The lads here“ give jazz ”and bury Kia,” says the author of the video.

V police of the Kharkiv region warned in the morning that a significant deterioration in weather conditions was expected.

Read alsoHalf-naked man with a gun was detained in the center of Odessa (photo)The drivers were reminded to steam in such a way as not to interfere with the work of snow removal equipment.

Earlier it was reported that a famous Ukrainian race car driver spoke about an unpleasant incident due to parking.

Russian military launched rocket attacks on the Dnieper, a woman was injured (photo)

Level I of danger announced in seven regions of Ukraine: where bad weather will roam (list)