In Odessa, a drunk BMW driver collided with two cars and an electrical support – there are victims

The intruder was stopped by the wall of the house, into which he crashed. The police launched an investigation. 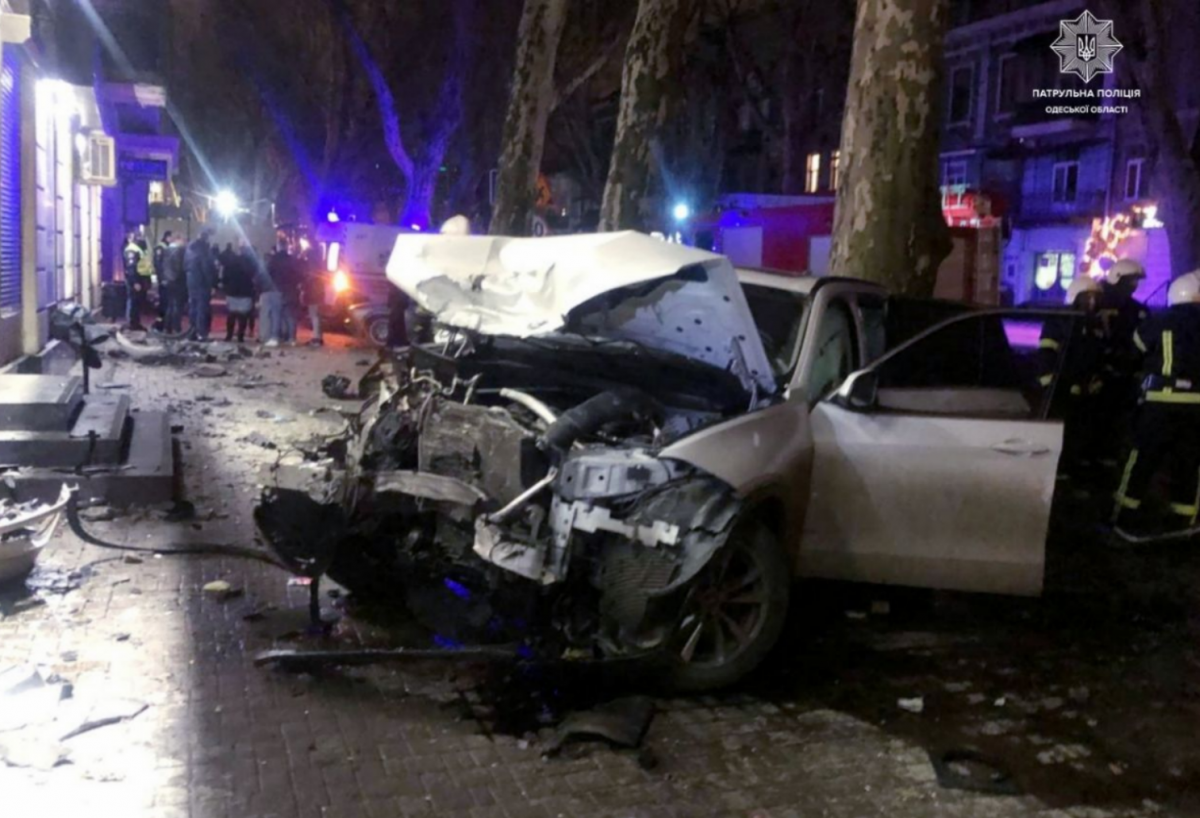 Today, in the center of Odessa, a drunk driver in a BMW collided with two cars and an electric support, three people were injured.

As reported in The Main Directorate of the National Police in the Odessa region, the accident happened at about 4:00.

According to preliminary information, driving at a red traffic light, a 24-year-old BMW driver collided with a Lada car on Uspenskaya Street. The impact threw him onto a parked Opel. However, the man in the BMW continued to move, after which he crashed into a power grid support and the facade of a house on Rishelievskaya Street.

In an accident, the driver was injured, as well as two passengers of the BMW – a 23-year-old boy and a 22-year-old girl.

Read also“Do not park anywhere”: in Kharkov public utilities “buried” the car in the snow (video)The circumstances of the accident are being investigated by the investigative and operational group. The driver was checked for alcohol in his blood – a physical examination showed that he was intoxicated.

The issue of entering information into the Unified Register of Pre-trial Investigations under Part 1 of Article 286 (Violation of traffic safety rules or vehicle operation by persons driving vehicles) of the Criminal Code of Ukraine is being resolved.

Earlier it was reported that a drunk man was detained in Kiev, who hit a child at a pedestrian crossing.

In Italy, at the request of Russia, a Ukrainian director was detained

What happens to the dollar after the recent decision of the NBU: data from exchangers

Demand for foreign workers has grown significantly in Poland: who are the most sought after