It says that “activists of the fugitive Belarusian extremist opposition” took part in the march. 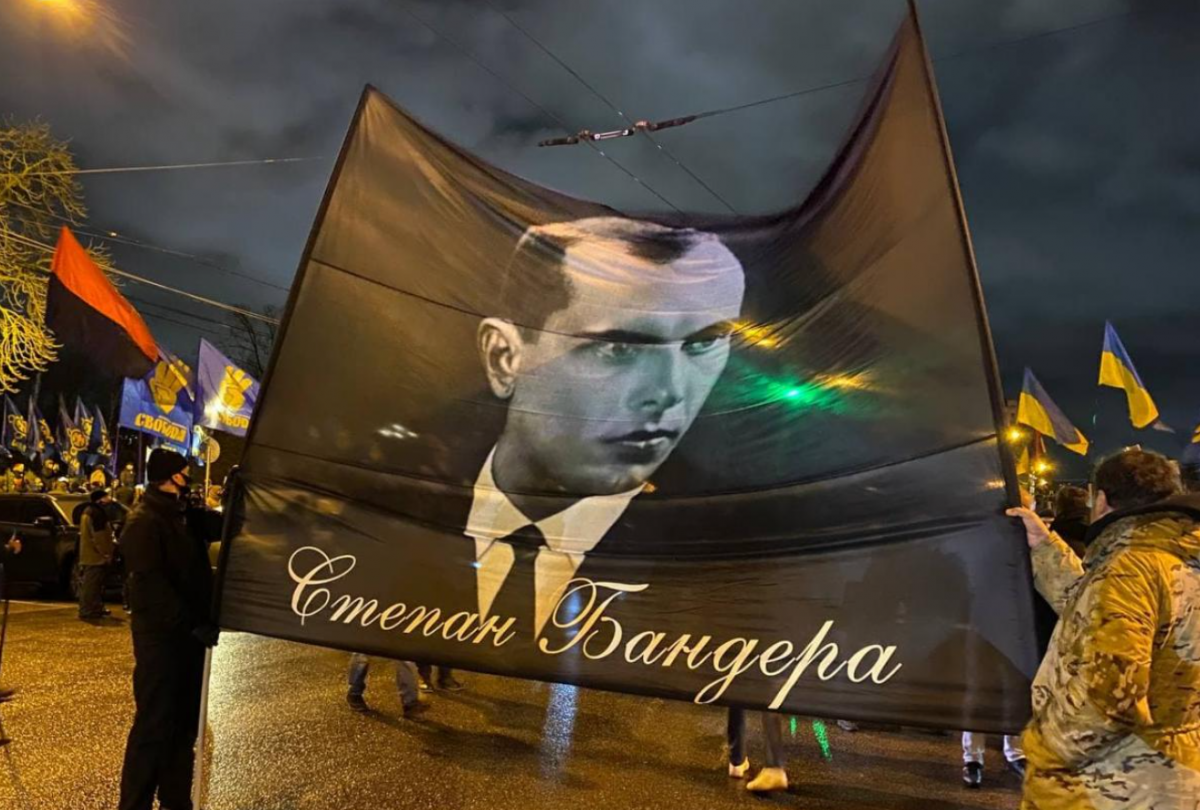 The Belarusian Embassy in Ukraine sent a note of protest to the Ukrainian Foreign Ministry over the participation of Belarusian oppositionists in the march on the occasion of the 113th birthday anniversary of Stepan Bandera.

This is reported in Embassy of the Republic of Belarus in Ukraine.

“The Embassy of Belarus in Ukraine sent a Note to the Ministry of Foreign Affairs of Ukraine condemning the mass participation of activists of the fugitive Belarusian extremist opposition under the symbols of Belarusian collaborators and ministers of the Third Reich in the nationalist march, which took place on January 1, 2022, with the tacit connivance of the Ukrainian authorities,” the statement said.

The embassy announced “attempts to make heroes of the collaborators, murderers and punishers of the Belarusian people.”

“The embassy expresses its strong protest in connection with the growing radicalization of the anti-Belarusian position of Ukraine, which is expressed in conniving at the demonstrative celebration of the collaborators and executioners of the Belarusian people, and demands to stop attempts to heroize crimes against humanity, which have no statute of limitations and cannot be forgiven by the Belarusian people,” in the message.

Recall that on January 1, a torchlight march took place in Kiev on the occasion of the 113th anniversary of the birth of the head of the Organization of Ukrainian Nationalists Stepan Bandera. It was attended by about 1 thousand people.

"And just like that ...": what was shown to the viewers of the series in the fifth episode (photo, video)

Ukrainian tennis player spoke about the deportation of Djokovic from Australia