The world has long since become a “global village”, but this has brought with it new challenges, incl. distrust and division 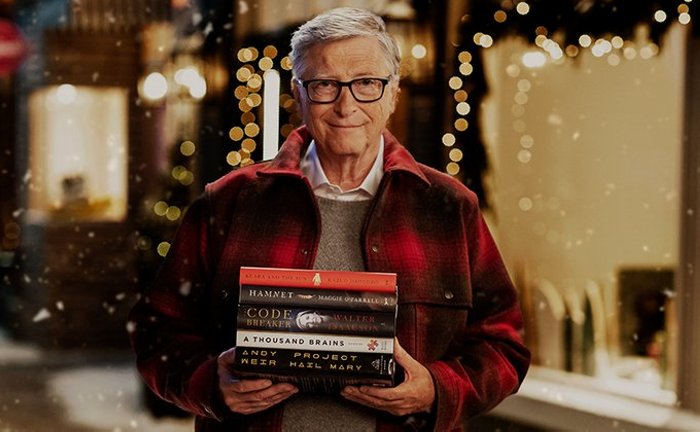 Social media is at the root of mistrust and division in society, according to Bill Gates
(photo: Gates Notes)

With the coming of the new year we wish to be healthy and happy, to have peace and joy in the world. What will really happen – no one knows. Here are the expectations and predictions of one of the most influential people on Earth – Bill Gates.

1. MRNA vaccines will remain the most important outcome of the pandemic

The pandemic will probably end, but mRNA vaccine technology will remain. The impact of this scientific breakthrough will outlive the current pandemic, says Bill Gates in an extensive blog post, summarized from The Infographics Show. The pandemic, he said, would subside in 2022. However, the knowledge gained and the new method of developing vaccines will help to improve medicine and deal with a number of diseases that plague humanity, including cancer.

The world has long since become a “global village” because we can communicate with anyone and anywhere, thanks to digital technology. But it also brought with it new challenges. Distrust of governments is one of them.

Trust is especially important if we want to get people to support big new initiatives aimed at resolving large-scale crises, Gates said. He cites the Edelman Confidence Index for 2021, which shows that confidence in governments is declining at an alarming rate worldwide. Unfortunately, most people do not trust governments and instead even blame them when something bad happens.

As social media is at the root of the growing mistrust and division in society today, Gates supports the idea that regulations will be needed to determine how a technology can be used by a person or an organization.

The billionaire believes that governments can apply similar rules that control what is broadcast on television and what can be said on social media. However, he acknowledged that it was important to collectively decide how such a mechanism should work and how to enforce it.

Gates is convinced that if we do not solve the problem of trust, it will stifle even the most innovative solutions.

3. The climate debate will push us towards progress

Climate discussions will continue, and when participants are enthusiastic and committed, according to Bill Gates, we will be able to have a society in which introspection and adaptation become the basis.

He expects new commitments to invest in clean technologies, reduce methane emissions, ban deforestation for up to a decade and help farmers adapt. All this, according to the billionaire, are not random elements; they will be the result of deliberate and diligent work by anyone interested in protecting the planet to ensure that climate change is a fundamental principle in the decisions that are made.

4. VR and digitalization will play a more important role

During the height of the pandemic, good things happened: we started using innovative technologies to work and live. Maybe tomorrow came a little faster than expected – at least in terms of technology.

In 2022, we should expect more digitalisation and more application of teleworking and e-commerce technologies. Gates emphasizes the potential for continuous experimentation, which will inevitably lead to a paradigm shift in productivity and everything else.

In the new reality, jobs will be different, most of them remote, using digital technology and software to do what was only done in person until recently. Workplace technologies will evolve even further in 2022. Virtual reality (VR) will change more and more industries.

It is clear from Gates’ reasoning that personal training will soon be a thing of the past. The concept of distance learning will not be so foreign in 2022. More and more digital tools will help students learn, regardless of their location.

Affordable hardware and software are needed to enable young people to learn. For Gates, the big problem is not the lack of personal communication, but the “digital divide” in terms of access to e-learning.

Increasingly dynamic curricula will adapt to the specific needs of learners and will be more flexible as demand for digitization increases, Gates predicts. However, he stressed that physical classrooms will not disappear. After all, e-books didn’t bring death to books, did they?

Therefore, the greater digitalization of education in 2022 will be a great addition to the real learning in the classroom. Both teachers and students will benefit greatly from digitalisation in 2022.

In Melitopol, a guy originally proposed to his beloved: the cops helped (video)

The fate of the inhabitants of the Kyiv house, which was bombed yesterday by the invaders, became known

How to “revive” an old laptop or PC: Google offered an interesting solution