We talked for an hour and a half: details of the conversation between Zelensky and Biden

They discussed the steps that Ukraine is taking within the Minsk and Normandy formats. 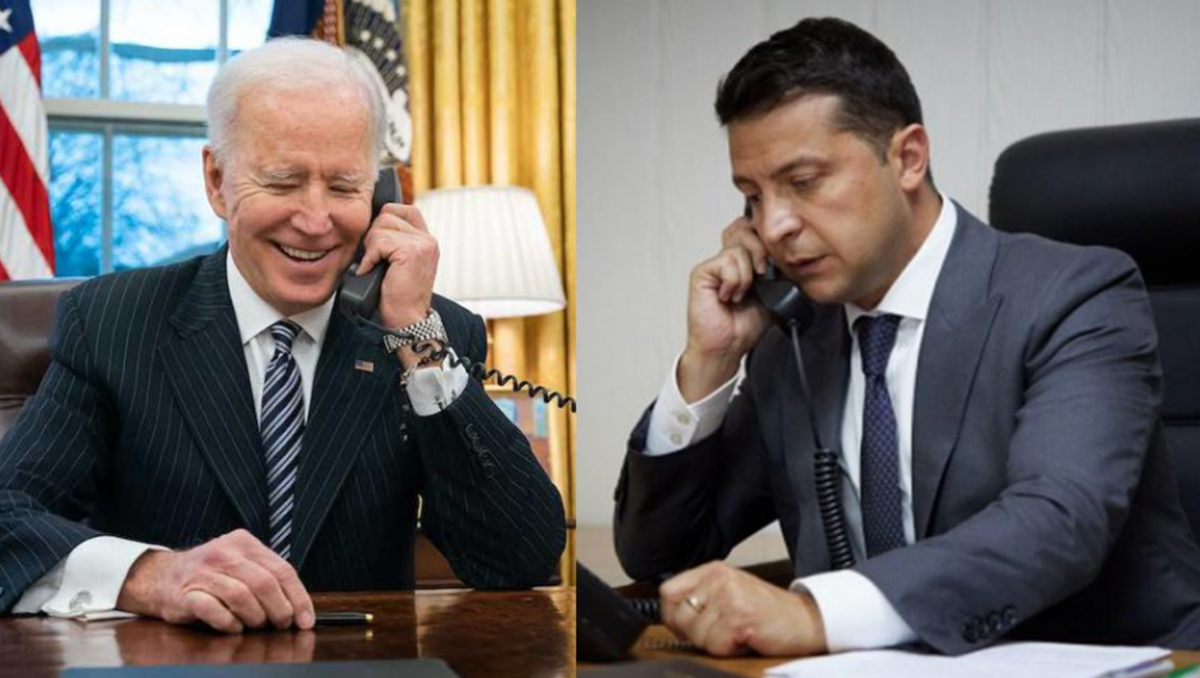 In the office of the President of Ukraine, they told the details of the telephone conversation between the head of the Ukrainian state Volodymyr Zelensky and the President of the United States Joseph Biden.

Zelensky held the third telephone conversation with Biden in recent memory, which lasted more than an hour and a half, reports press service of the Office of the President of Ukraine.

“I highly appreciate the United States’ support for our proposal to hold a meeting of the Ukraine-NATO Commission in the coming days,” the head of the Ukrainian state said.

Read also“The number could be much higher”: Ambassador on US military assistance to UkraineHe expressed gratitude for the support by the US President of the principle “nothing about Ukraine without Ukraine”, as well as for the willingness of the American side to take decisive measures in the event of Russia’s aggression against our state.

The parties discussed the steps that Ukraine is taking within the Minsk and Normandy formats, and noted the importance of further diplomatic efforts.

“Today we are talking about the future not only of Ukraine, but also of European security and a world order based on rules and democratic values,” Zelensky said.

The leaders of the two states also discussed economic and energy security challenges. The President of Ukraine informed Biden about the progress of economic reforms in Ukraine and measures taken to strengthen stability and de-oligarchization.

Conversation between Biden and Zelensky

As UNIAN reported earlier, following a conversation between Biden and Zelensky, White House spokesman Jen Psaki said that the US President had assured the Ukrainian head of state that the United States would give a decisive response if Russia again invaded Ukraine.

In the Odessa region, a little boy received 90% of body burns while playing with a lighter