Huawei is about to break out of the US snare

The company prepares factories for its own production of chips 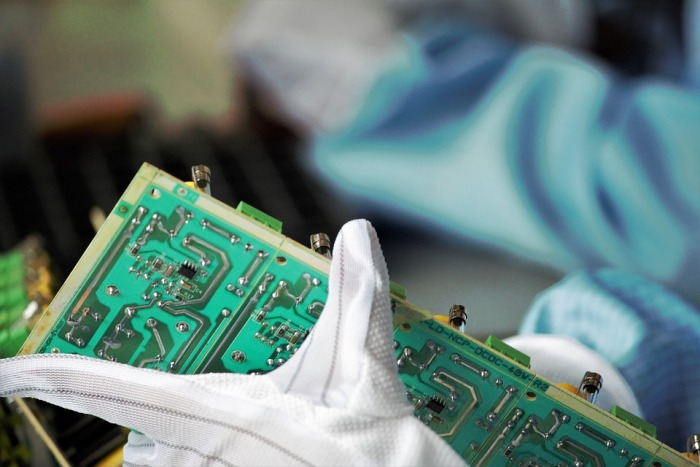 US sanctions have hit Huawei hard, but the company is on track to overcome barriers
(photo: CC0 Public Domain)

The Chinese technology company Huawei, which has been hit hard by US sanctions, intends to build its own chip factory so that it does not depend on the so-called “third parties”. This will be done with the help of another chip company from China – SMIC.

SMIC is the largest contract chip manufacturer in China. In world statistics, the company ranks fifth with 5% market share, according to Statista for the third quarter of 2021. It is ahead of the American GlobalFoundries (6.1%) and UMC (7.3%), the Korean Samsung (17 , 1%) and the world leader – Taiwan’s TSMC, which holds a 53.1% share.

Huawei itself does not yet have its own chip factories, and that’s the only thing stopping it from making its own processors. The chips are being developed by its subsidiary HiSilicon. For years, the company’s processors were manufactured by TSMC, but according to the decision of the US authorities, now the Taiwanese can produce for Huawei using extremely outdated technology.

Huawei and SMIC have a lot in common. Apart from the fact that both companies are located in China, they are disliked by the American authorities. The United States has been systematically destroying Huawei since the spring of 2019, and SMIC has been on the “black list” since December 2020. This means that SMIC, among other things, has no right to use American components and technologies in its activities. This restriction also applies to Huawei.

It is still unclear when and in which Chinese city Huawei will build its joint venture with SMIC. According to the forecast of the portal Huawei Central, this will be Shenzhen, and the volume of investment in the enterprise could amount to tens of billions of dollars. It is possible that part of the funds will be invested by the Chinese authorities.

Huawei’s own factory would mean the company’s complete independence from other manufacturers. It is unknown at this time what process the company will adopt, but HiSilicon has experience in developing 5-nanometer mobile processors. As early as October 2020, it showed the Kirin 9000 processor, made using this technology. It is the basis of the line of Android smartphones Mate 40.

Market observers believe that the Chinese technology giant wants to attract support not only from SMIC, but also from partners of Taiwan’s TSMC, which supplies it with raw materials and equipment for the production of semiconductors. Huawei has offered these companies cooperation in exchange for a financial injection.

Huawei is unlikely to be limited to just one factory. The company is expected to build a network of factories to protect itself as much as possible from a shortage of chips, including against the backdrop of sanctions. This approach will allow it to produce chips not only for itself but also for other Chinese companies, ie it will become a contract manufacturer.

Huawei has not yet officially announced its plans. Meanwhile, on December 28, 2021, she set up a new precision products company in China. The registered capital is about $ 95 million.

Huawei was one of the first levers of pressure on China by the US government in the context of the trade war. The sanctions were launched by former US President Donald Trump in 2018.

The first stage was the ban in May 2019 on US IT companies, including Google, to work with Huawei, and in the following months, companies from other countries began to refuse to work with the Chinese.

Trump reached the TSMC in late spring 2020. On May 11, at the “request” of the United States, the Taiwanese began negotiations to build their plant on American soil, which ended successfully on May 15, 2020. Three days later Trump has banned TSMC from making chips for Huawei.

At the time, Huawei was one of TSMC’s three largest customers, but the ban, which took effect in September 2020, did not affect its leadership in any way. In October 2020, Trump resigned and revoked his order, albeit in part. TSMC can now produce Huawei processors, but the maximum is 28 nanometers – a technology that is long out of date.

Climatologists told how December turned out to be in Kiev: the results are impressive

Horoscope for July 9: Aries will be the minions of fate, and Sagittarius will feel tired

Life expectancy will increase: Americans have named a vitamin that reduces the risk of death by 57%