Prior to that, the security forces tried to disperse the protesters with tear gas. 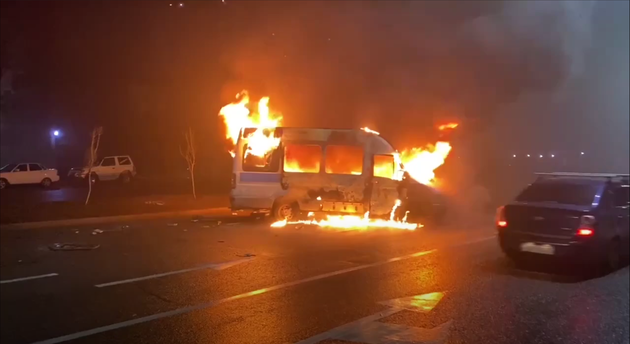 In one of the largest cities in Kazakhstan, Almaty, protesters started burning police cars. Prior to that, the security forces tried to disperse the protesters with tear gas.

Clashes continue near Republic Square in the city center. Telegram-channel informs about it. Mash.

The police pushed the protesters into nearby streets.

A terrible knockout: an MMA fighter with a powerful blow sent an opponent into a coma (video)

Seeing off 2022: how to honor relatives and what not to do at the cemetery

Immediately after the “union” training in Belarus, such exercises will be held in Russia