In South Africa, two days later extinguished a fire in the parliament building

No one was injured during the fire, but the complex suffered significant material damage. 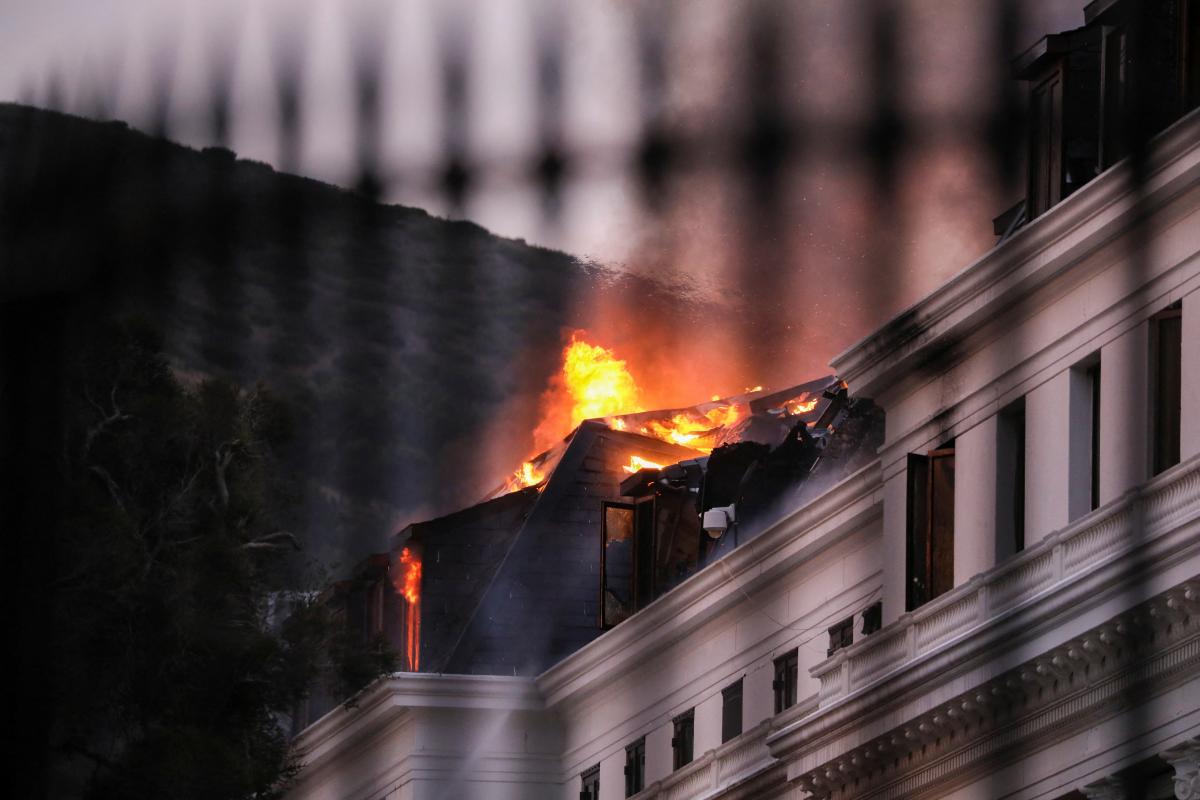 The fire in the parliamentary complex of the Republic of South Africa, which broke out on the morning of Sunday, January 2, was completely extinguished.

No one was injured during the fire, but the complex suffered significant material damage. The hall of the National Assembly, where the parliament sits and where the president of the country annually addresses the nation, has been completely destroyed. Other parts of the complex are also badly damaged by fire, smoke and water.

Read alsoA huge column of black smoke: a New Year tree burned down in Kazakhstan (photo report, video)The historic parliament building, built in 1884, was also badly damaged. It housed about 4,000 pieces of South African cultural heritage, including rare books and works of art that date back to the 17th century.

A 49-year-old man, who was detained in the building at about 6 am on January 2, was brought to trial and taken into custody. He is accused of burglary, arson, theft of MPs’ laptops, documents and dishes.

As UNIAN reported earlier, on January 2 in Cape Town the roof of the South African parliament collapsed as a result of a strong fire. The fire started at about 5 am.

According to law enforcement officers, a 49-year-old man suspected of arson entered parliament through a window in one of the offices.

Centers for the provision of administrative services resume work in Kyiv