The border service noted that they are monitoring the situation in the neighboring country. 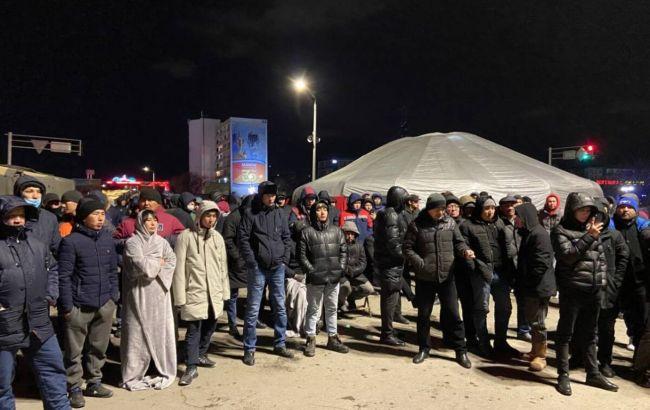 Hundreds of people gathered on the streets of Kazakhstan / photo: orda.kz

Kyrgyzstan has stepped up security on the border with neighboring Kazakhstan, where mass protests have begun today over rising gas prices.

It is reported by 24.kg with reference to the message of the border service of Kyrgyzstan.

Read alsoMinsk sent a note to Kiev because of the participation of Belarusians in the march on the occasion of Bandera’s birthdayThe report notes that, if necessary, they will interact with the Ministry of Internal Affairs, the Ministry of Emergencies and other government agencies.

In one of the largest cities of Kazakhstan, Almaty, an acute phase of clashes between protesters and police began.

The most beautiful goals of 2021: FIFA unveils the final three nominees for the Puskas Prize (video)

Trostyanets is cleared of mines in the Sumy region: people are still undermined by stretch marks (video)