“Gas” protests: police detained over a hundred protesters in Almaty

The protesters were taken away in an unknown direction. 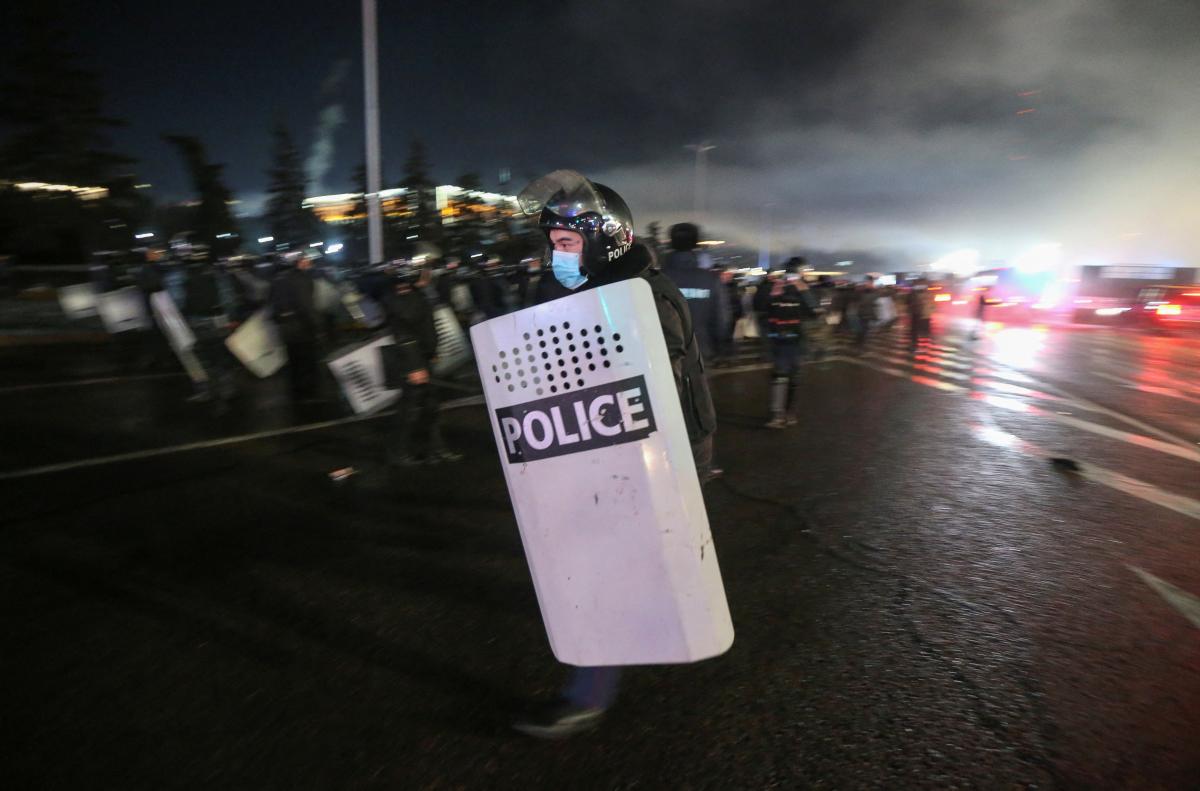 During protests in Almaty, police detained more than a hundred people as they dispersed a rally.

The police detained the protesters and put them in paddy wagons. It is reported by RFE / RL.

The protesters were taken away in an unknown direction.

Read alsoKazakh President plans to announce government resignation – mediaAccording to one of the activists, the police blocked the way to the participants of the march, but detained only the men. The police officers, according to her, threw the protester to the ground and hit her in the face.

The detainees were reportedly taken to police stations in Auezov and Bostandyk districts.

Also, more than a hundred people were detained in several other cities of Kazakhstan during protests. The Ministry of Internal Affairs did not report the number of those detained in connection with the actions.

Earlier, due to the protests that broke out in the country, the President of Kazakhstan, Kassym-Zhomart Tokayev, introduced a state of emergency (state of emergency) in Almaty and in the Mangistau region from January 5 to 19.

Massive protests began in the country on January 2 after a jump in prices for liquefied gas.

In Almaty on January 4, protesters and police clashed late in the evening. Tear gas was used against the demonstrators, and rubber bullets were also fired at the crowd. The city center is covered in smoke from stun grenades. The protesters, in turn, began to burn police cars.

January 5: folk holiday and signs of what not to do

The big problem in the software industry: diversity?

A serious threat loomed over Kyiv: the magician declassified the plans of the invaders