Internet was completely disconnected in Kazakhstan 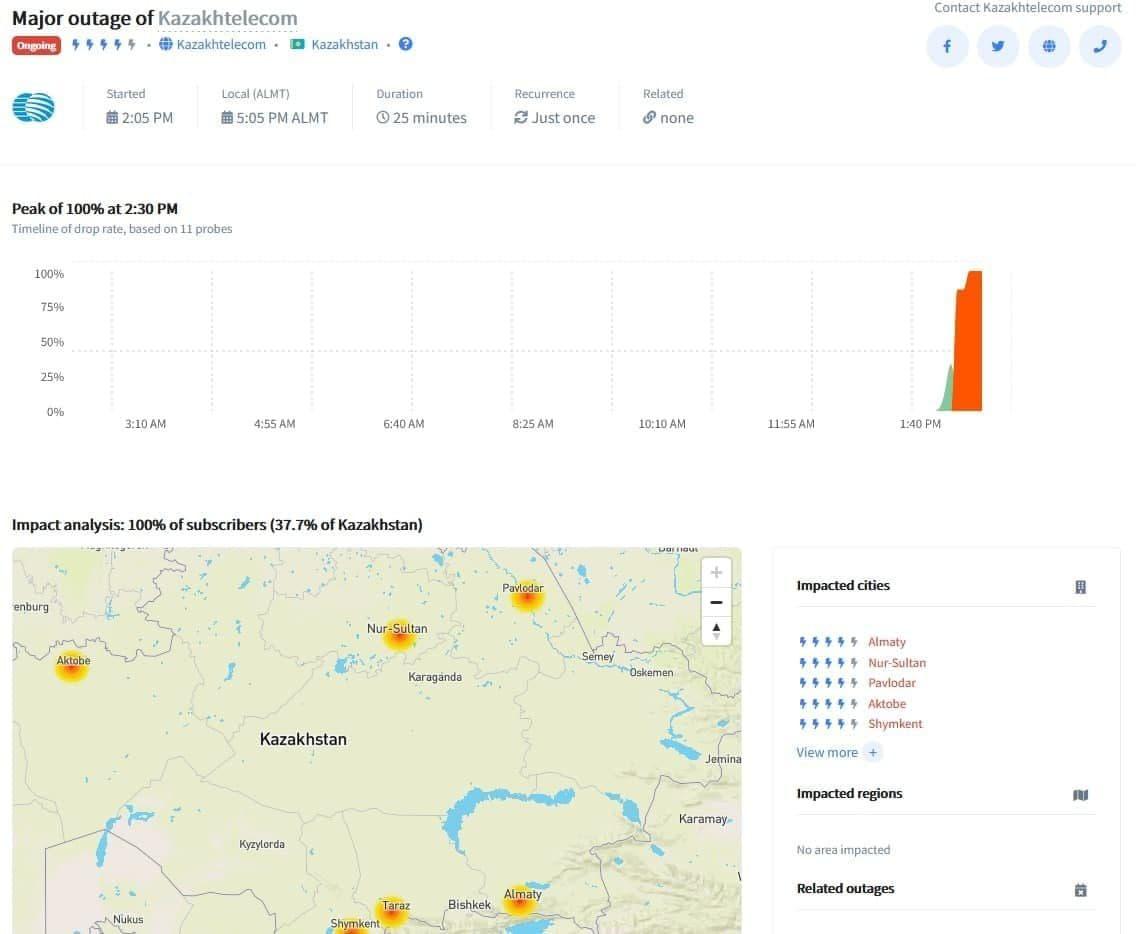 Internet turned off in Kazakhstan / photo by GlobalCheck

During mass protests and clashes with security officials in Kazakhstan, the wired Internet was completely disconnected.

This is reported by the project GlobalcCheck.

Local operator Kazakhtelecom has turned off the Internet throughout the country, and mobile communications in the country are working intermittently.

Because of this, Kazakhstani sites, including state media, stopped opening from abroad.

Note that the mobile Internet in the country has not been working for a long time.

“We received a signal from security that the building would be de-energized, so we need to evacuate, otherwise we will not be able to get out. After everyone left the building, the TV center was de-energized and the channel’s broadcasting was interrupted,” said an employee of the TV channel.

Read also“Russia can use it”: an expert on the consequences of protests in Kazakhstan

In connection with the protest actions, the country’s President Kassym Zhomart Tokayev accepted the resignation of the government. He decided to transfer the interim duties of prime minister to Alikhan Smailov.

In the capital of the country, Nur-Sultan, Almaty, Almaty and Mangistau regions, a state of emergency was introduced from January 5 to 19.

They can solve their problems on their own: Peskov about helping Kazakhstan

OK South: anti-ship missiles fired by the Russian Federation from the occupied Crimea were shot down over Odessa