Police refused to detain activists at protests in Kazakhstan (video)

In Almaty, the security forces walked alongside the protesters, without fights or aggression. 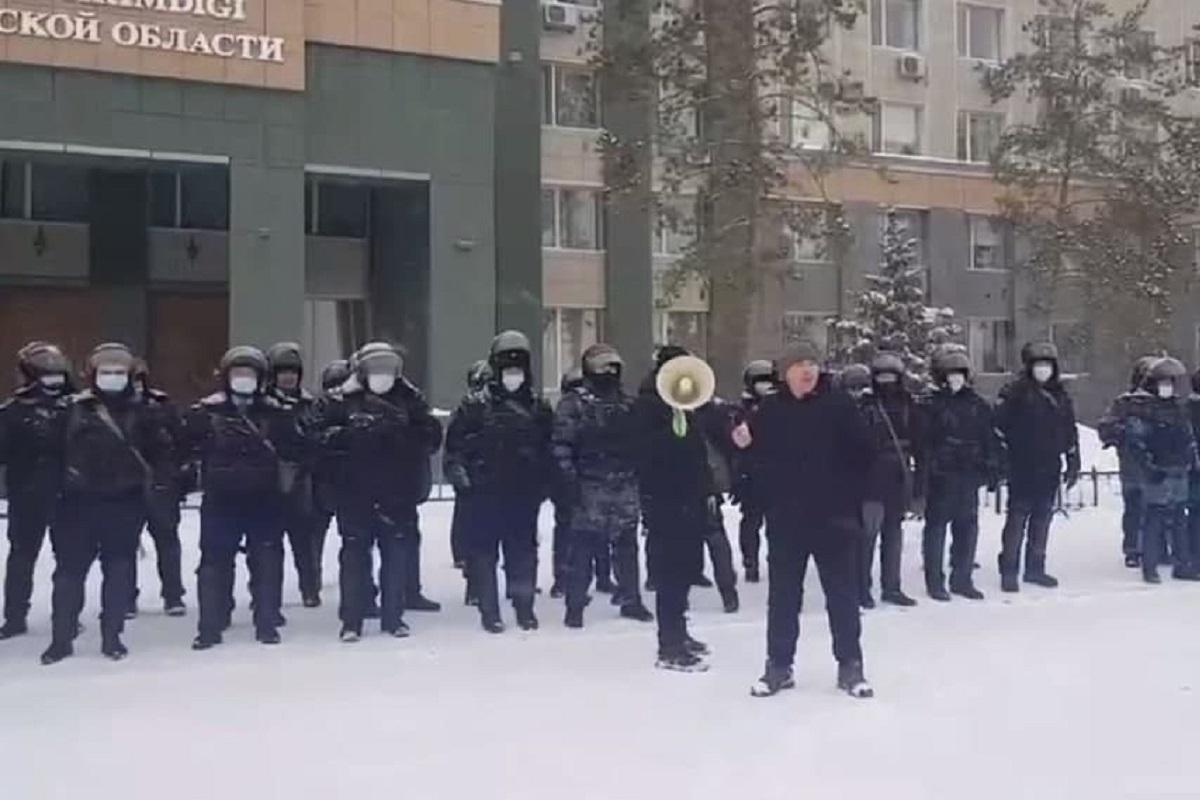 At protests in Kazakhstan, police have already begun to refuse to detain residents of the country who have taken to the streets of cities due to rising gas prices and corruption. In Aktobe, at a rally, they began to chant that law enforcement officers remain on the side of the people.

And in Almaty, as reported in the Telegram channel “NEXTA.Live”, the police walked to the city center with the people and did not interfere with the protest.

The police in Aktobe refused to detain the protesters, people even wanted to approach the police with hugs. But the rally activists stopped them and called on them to stay put. Video from Aktobe has already appeared in the Telegram channel “Earlier then others”.

However, protests are not peaceful everywhere. Clashes continue between the security forces and the protesters. Protests are taking place in Almaty, Aktobe, Aktau and many other cities.

In Zhanaozen, activists have already presented demands to the authorities. The protesters want a regime change, popular elections of akim (local administrations) of each region and city. Also, activists demand the return of the 1993 Constitution.

Read also“Gas Maidan” in Kazakhstan: what is known about the protests across the country (photo, video)In addition, the protesters argue that civil activists should not be prosecuted by the authorities and that a person “outside the system” should rule the region.

Earlier, UNIAN already reported that against the background of unceasing “gas” protests in Kazakhstan, the country’s president, Kasim-Zhomart Tokayev, accepted the resignation of the government. He decided to transfer the interim duties of the Prime Minister to Alikhan Askhanovich Smailov.

In the intensive care unit of Zaporozhye, a two-year-old boy suddenly died: all the details of the tragedy (video)

Sanctions war between the EU and Russia: the coming months will be decisive – WSJ

“Because of your war, our prices are rising”: Saladukha – about some foreign athletes