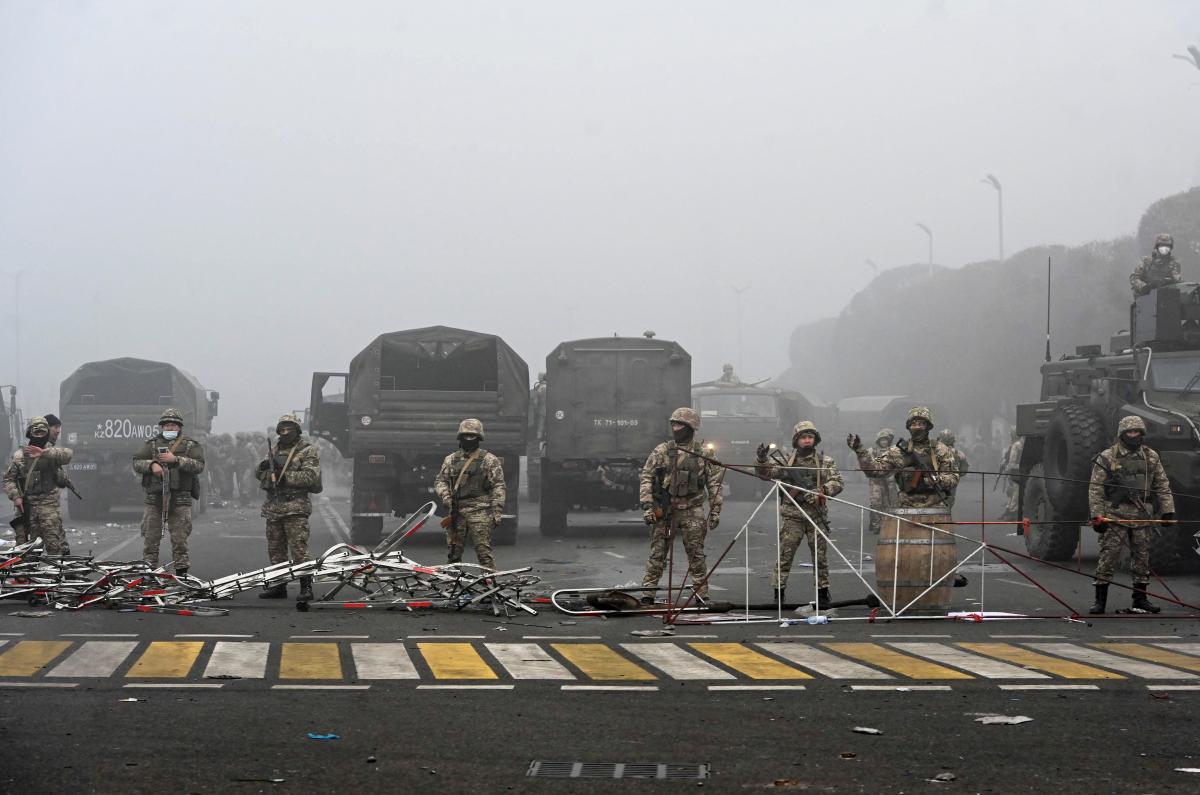 The continuation of the “gas” protests in Kazakhstan and their transition from the economic to the political plane led to the fact that the country’s President Kassym-Zhomart Tokayev asked the Collective Security Treaty Organization (CSTO) for military support. After that, the CSTO Collective Security Council (members of the organization are Russia, Armenia, Belarus, Kazakhstan, Kyrgyzstan and Tajikistan) almost immediately decided to send “peacekeeping forces” to Kazakhstan to “stabilize and normalize the situation in this country for a limited time period.” But in reality, the CSTO treaty is a “cover” for the use of Russian troops.

In fact, this is the introduction of Russian troops to suppress the masses of Kazakhstan. Moreover, being drawn into this “peacekeeping operation” is an attempt to set fire to the last “bridge” of ties between Belarus and the West. In addition, Russia, Belarus and Kazakhstan (the largest country in Asia) are the basis for the reconstruction of the Soviet Union, a dream of Vladimir Putin.

By pulling Kazakhstan over to his side, he strengthens his political positions after the defeat in Nagorno-Karabakh.

If Russia and China agree on Kazakhstan, then they will have grounds for an alliance against the United States.

What predictions can you make? At the global level, the Russian Federation can negotiate with China, which is also interested in Kazakhstan. But the Kremlin will not give in to China in this country, so a political confrontation in this direction can be expected. If Russia and China agree on Kazakhstan, then they will have grounds for an alliance against the United States. Therefore, the latter are not interested for this agreement to take place. Another player is Turkey, which considers Kazakhstan a country of the Turkic world. But, unfortunately, today Putin is already ahead of everyone.

In my opinion, the situation with protests in Kazakhstan was unexpected for Putin, but he will no longer make such mistakes as in his time in Ukraine. That is, now in Kazakhstan there will be a harsh suppression of the protest, until the last protester is killed.

For Ukraine, this whole story gives a small break in time – Russia is distracted by Kazakhstan and pays less attention to us. While the Kremlin is dealing with Kazakhstan, our borders will be calm.

However, it should be borne in mind that if they lose there, they will rush to Ukraine with even greater fury in order to restore the status of a serious geopolitical player. However, if they win, then Russia, on “the wings of Victory, will rush at us again.

Therefore, the only situation that would more or less suit Ukraine is dragging Russia into the war in Kazakhstan. We are not talking about a “second Afghanistan”, but for some time the Russian Federation may get bogged down there. And we will have a short period of time to turn the tide of support from Western partners in our favor.

A drone rescued a man with cardiac arrest in Sweden

Named 5 famous women who had no end of men (photo)